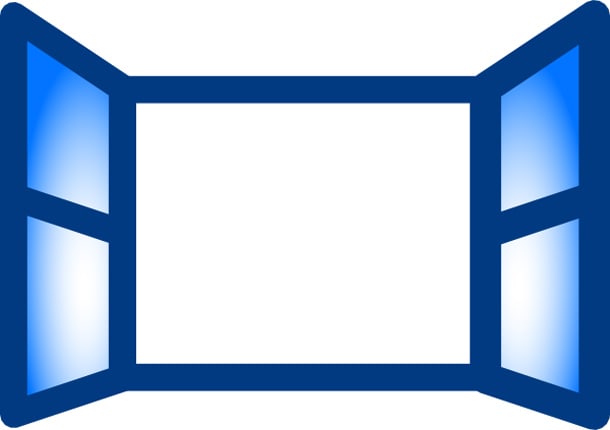 On June 27, one full year will have passed since the United States Senate passed an imperfect but comprehensive immigration reform bill.

For more than a year, immigration reform advocates have been working hard to persuade the House of Representatives to take action on legislation. Last month, in a meeting with Asian American business and community leaders from across the nation that I had the privilege to attend, President Barack Obama called for a “two month sprint” to pressure the House to take action in the window of opportunity remaining in Congress this year.

The stakes are high. If the House fails to take action, it may be some time before Congress will take up action on immigration reform again. Most pundits view 2015 and 2016 as unlikely years for reform, given the waning influence of the President in the last two years of his final term, and the growing focus on the 2016 presidential elections. While angry partisanship has defined Congress for much of the last decade, the level of dysfunction in Congress may get worse still.

The consequences of failure are unacceptable. According to the Partnership for a New American Economy (PNAE), labor shortages in the agriculture industry are causing a loss of over $3 billion in GDP and over $1 billion in farm income. Major high tech businesses have begun to shift their operations to other countries to try to take advantage of friendlier high-skilled immigration policies; earlier this spring Microsoft announced they would shift some of their operations to Vancouver, British Columbia.

Every day that Congress fails to act, more than 1,000 immigrants are deported, tearing apart thousands of immigrant families and destabilizing the communities, schools, and worksites where they live. Immigrants and refugees of any status continue to be detained under inhumane conditions in our nation’s immigrant detention system, and the lengthy waits that have burdened millions of families seeking to be reunited with their loved ones continue to grow.

Despite growing pressure for reform from an incredibly diverse group of constituencies—veterans, conservative evangelicals, immigrant and refugee communities, large and small business leaders, and even some conservative Tea Party activists—the window for action on immigration reform is upon us, and the future remains uncertain.

Adding to the uncertainty, last Tuesday House Majority Leader Eric Cantor lost his Republican primary election in Virginia’s seventh district. Cantor’s loss was unexpected and shocked the DC political world. While anti-immigrant activists attempted to tie Cantor’s loss to his support for a modest proposal to legalize some young immigrants, the evidence doesn’t support that position. Surveys on the night of the election and polls conducted since demonstrated that a majority of those who voted in the election supported action on immigration reform, and those that voted against Cantor did so for more basic reasons—Cantor was viewed as not connected to his own district and too focused on his national ambitions.

That same night, Sen. Lindsey Graham, who was a Republican leader in the Senate campaign to pass comprehensive immigration reform legislation, won his primary election handily. And other Republicans, who took a clear and consistent position on immigration reform, like Representative Renee Elmers in North Carolina, won their primaries earlier this spring.

The lesson politicians should learn from these examples is clear. Leaning into the issue and taking a clear and consistent position is a winning strategy. Being inconsistent and appearing to take positions on this issue to only garner support from particular constituencies—whether business or minority voters—can cost an election, if it feeds into underlying perceptions about your integrity. Our own elected leaders should learn these same lessons.

A large majority of Washington voters support immigration reform, and the percentage of Republicans supporting reform is well above 60 percent. Now isn’t the time to wait and see what the Republican leadership will decide to do. The urgency of this moment requires Members of the House, especially Republican Members of Congress, to demand action on reform from their own leadership.

This is also true for House Republican Conference Chairwoman Cathy McMorris Rodgers, who represents eastern Washington, including Spokane and Walla Walla. And while Congressman Hastings and Reichert and Congresswoman Herrera Beutler have all said they’ve privately reached out to Speaker of the House John Boehner asking for action, it’s time for our Representatives to fully voice the broad-based support for immigration reform that exists in their districts.

Because if Congress fails to act, how will they respond to the question: “What did you do to make it happen?” Their response must not be, “We couldn’t overcome the dysfunction in our own Party.”

For immigrant rights activists in Washington state and across the nation, there is a plan B. Even as we’ve pressed Congress to take action on legislation, we’ve also pressed the Obama Administration to bring relief to immigrant families through administrative action.

There is precedent. Though his administration has deported more than 2 million immigrants during his tenure to date, in 2012 President Obama announced the Deferred Action for Childhood Arrivals program that granted temporary relief from deportation and work permits to certain eligible young people. If anything, that decision appeared to galvanize support for the President in his re-election campaign, despite the President’s terrible record as the so-called ‘deporter in chief.’

With the House of Representatives stuck, the White House has taken smaller actions. For example, last month the U.S. Citizenship and Immigration Service announced proposed regulatory changes that would allow the spouses of high skilled immigrants who are currently not allowed to work in this country to receive work authorization from the federal government. When finalized, this would be a major victory for immigrant and women advocates, especially high skilled workers in the Asian American and South Asian communities.

Should the House fail to take action on immigration reform in this window of opportunity, which the President said would close at the end of July, then the President must take significant action to bring real relief, due process, and humanity to our broken immigration system. By taking major action—for example, extending deferred action to the spouses and immediate relatives of citizens, legal permanent residents and DACA recipients—the President could finally act on his own rhetoric about the brokenness of the system, and establish a legacy of moral integrity by ending the separation of thousands of families.

But for the moment, attention remains focused in the House, and the clock is ticking toward a national deadline imposed by immigrant groups nationwide: June 28. Congress can either take action on reform, or place the fate of millions of families in the hands of the President, who will be the focus of a growing national movement fighting for our families and communities.

The website goes live on Monday, but here’s a preliminary link to endorsements for the June 28 National Day of Action: www.stopseparatingfamilies.org. Another useful resource: www.webelongtogether.org.

Rich Stolz is the Executive Director of OneAmerica (WeAreOneAmerica.org).