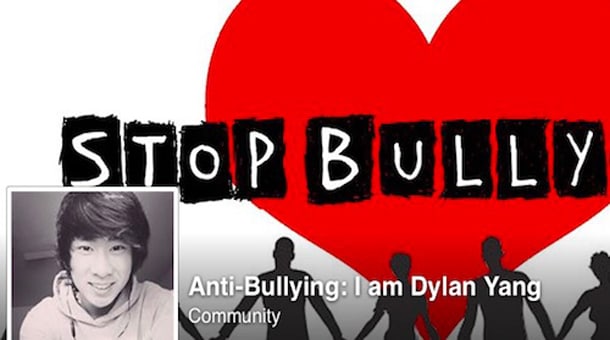 Last March, 16-year-old Dylan Yang was found guilty of first-degree reckless homicide for stabbing Isaiah Powell, then 13, in an altercation that had happened the previous year. This altercation emerged as the tip of a vast iceberg of frozen race relations. After exchanges over Facebook, Isaiah and six or seven boys arrived in front of Dylan’s home and began shooting at Dylan and another boy with a BB gun. Dylan, then 15, ran into the house, leaving his friend outside where he eventually engaged in a tussle with Isaiah, and according to activist Tou Ger Bennett Xiong’s letter to the court, was beaten with the butt of the BB gun and sustained a broken eardrum. Returning to the scene and seeing Isaiah on top of his friend, Dylan stabbed him twice with a knife from his kitchen. The injured Isaiah died later at the hospital.

I am writing both as a scholar who researches Hmong American youth and as a person with ties to Hmong Americans in Wausau, including Dylan’s mother. Having followed from afar in upstate New York, devouring reports on the trial, I make no secret of my despair. None of this should have gone down.

Dylan Yang’s acts resulted in the tragic death of a boy. We grieve for Isaiah Powell, for this loss of youthful life. Meanwhile, tried as an adult with a $1 million bail, Dylan now faces up to 60 years in prison. Have we asked enough questions about how this could have happened, and about how the legal system handled this 15-year-old?

After the incident, police took Dylan in for an interrogation for which neither his mother nor his lawyer were present. On a tape, later played in full during the trial, Dylan seemed to acquiesce after repeated questioning, suggesting that he was sometimes a gang member and sometimes not. It’s conceivable that Dylan had been intermittently making this claim at times when he felt threatened and wanted other kids to stop menacing him.

As a social scientist, I would regard the statements elicited from Dylan as very thin “evidence” of actual gang activity. Research documents that Hmong and other Southeast Asian youth, having experienced various forms of violence at school, came together in groups they might have called “gangs” for mutual protection rather than for violent or economic motives.

I would cautiously suggest that claiming gang membership might be a kind of masculine posturing used to deflect anticipated attacks. Wausau Police Chief Jeff Hardel even stated that “the young people involved may have used names for their groups, but any actual gang ties were very loose.” In his book “Code of the Streets,” Elijah Anderson describes appearing to be able to handle oneself as crucial for living in an urban environment, and in my own research I have found similar strategies among Hmong Americans.

As a father of three young boys, I wince recalling the atmosphere of fear and intimidation that school kids endure. It is the same climate I came of age in, and a large part of what drove me to my research. In a recent study by a researcher at San Jose State University, 60 percent of Southeast Asian respondents “had at least one experience contributing to reduce school safety (e.g., were offered drugs, had something stolen, were threatened, or engaged in a physical fight).” Dylan’s school environment, too, according to his mother and other adults, was riven with factions, often along racial lines, often engaging in baiting, harassing and bullying. Did the schools, the police and other institutions do enough to intervene in the simmering antagonisms that kept threatening to boil over?

The judge and district attorney determined that prior instances – both in and outside of school – of violence and intimidation against Dylan and his friends were inadmissible to the case. I was dismayed that the defense did not attempt to argue their relevance. By contrast, the prosecution relied heavily on Dylan’s purported background of gang membership. How much did these gang suspicions shape the outcome of Dylan’s trial, one adjudicated by an all-white jury? Why was the homogenous racial composition of that jury never questioned?

How effective could Dylan’s counsel have been when he became the repository for all manner of aspersions about Hmong criminality? Testimony by community members, teachers and school officials would have helped to contextualize Dylan’s actions, and it would have revealed the volatility of his environment, as evoked by support pages set up for Dylan.

Instead, it felt at times like the decades of popular stereotyping of Hmong American men as warriors and gangsters was crushing us. In an emotional letter shared on social media, Dylan’s mother lamented: “I feel as though my son, Dylan, has been painted by the legal system and media as a monster; someone so different from the child I raised and know.”

Monstrous it is, when an apprehensive boy — who had tried to dodge the confrontation by claiming to be at a friend’s house, then when cornered at home had tried to step up by defending himself and his loved ones — is deemed a legal adult and faces the possibility that most of his years will be spent locked away, not a life at all.

Under this threat of exaggerated punishment being meted out to them, Hmong young men are beginning to speak up about being demonized as criminals. In the wake of Dylan’s conviction, their indignation has swelled. Not resigned to being voiceless weapon-wielding monsters in the eyes of the mainstream, they are creating countermedia, posting their photos and challenging the public to see them otherwise. Wielding the hashtag #IamDylanYang, one needles: “On the left is a picture of Dylan Yang and his breakdance crew. On the right is a picture of me and my breakdance crew in high school. Guess how many gangsters there are in these pictures? Here’s a hint: NONE OF THEM ARE GANGSTERS. But [they]  continually choose to portray Dylan as a gangster.”

To be sure, Dylan held a knife on that fateful day. But maybe, just maybe, Dylan is also taking the fall for much wider issues. Seeking individual retribution, such as a decades-long sentence for a minor, has the potential to breed more vindictiveness or even fan the flames of ongoing friction between African Americans and Hmong Americans.

Instead, perhaps this is a moment for Wausau residents and wider communities to work on healing — and maybe, just maybe, to imagine that a boy who is still maturing could one day come out of the solitary confinement he’s already endured for the past year, and contribute to his community.

I am heartened by an expanding Hmong coalition that is coalescing in advance of Dylan’s July 2016 sentencing. Advocating for a widened agenda, they are working under the moniker of “peace,” as understood in manifold ways. Organizing a “multi-state, multi-cultural, multi-coalition, and multi-generational community peace march to reflect on events in our community, to begin the healing process,” their platform identifies the following goals: “1) To Combat Bullying 2) To Prevent Violence 3) To address the racism and racial disparities in our judicial system and demand for equity and transparency for people of color.” Perhaps a thousand people, primarily Hmong, turned out in Wausau on May 31 calling for racial justice, and chanting “I am Dylan Yang.”

Healing, it would seem, is necessary at so many levels. Shared interests demand to be pursued together, overcoming the divided legacy that has regenerated with violent effects among school kids. Indeed, children – especially boys – from communities of color and the poor have been typed as troublesome youth for centuries. An outcry needs to go up, protesting this kneejerk profiling as gangsters. This pattern of hostile branding cries out to be recognized across racial divides, providing a template for community solidarity.

Schoolkids, far from being monsters, are themselves demanding that the stereotyping cease. Listen to this young Hmong male raising his voice: “Its like judging a book by its cover. Gotta get to know the book more before you can say things. …The way we dress, is the way we like. Doesnt mean we bang. Doesnt mean we’re criminals. Think about it.”

Pao Vue is an assistant professor of sociology at St. John Fisher College in Rochester, N.Y. He has researched Hmong youth cultures, racial profiling, and perceptions on crime and deviance. An earlier version of this article was published by USA TODAY NETWORK-Wisconsin. Thanks to Bee Vang and Louisa Schein for their input.