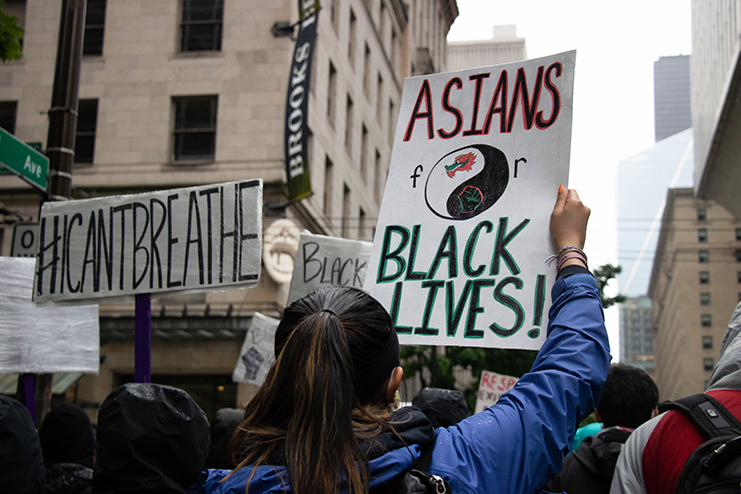 The killing of George Floyd in Minneapolis, MN has galvanized a national outcry against a police system that has consistently targeted Black bodies in public displays of injustice and terror. While I watched the horrifying footage of Floyd’s death that has been seen across the globe, I couldn’t help but notice one police officer that stood guard while actively ignoring Floyd’s desperate pleas for help: Officer Tou Thao.

Thao is a member of the Asian American community and must be also held accountable for his role in Floyd’s killing; but we as individuals that comprise this community must be doing the work of diving deeply within ourselves to address the deeper anti-black tendencies that are often so prevalent within our own diverse set of cultures. His role in George Floyd’s killing is symbolic of how solidarity with our Black community during this heightened racialized state is essential, and that by choosing inaction we are settling and complying with the white supremacy that exists within our criminal justice system.

I often think about how within Filipino culture my own melanin is constantly critiqued and ridiculed under a frame of anti-blackness. Within Filipino media I am inundated by shows and movies of actors and actresses that have fair skin complexity that differ vastly from mine. Skin whitening products are widely used and accepted by those in the Philippines and our beauty standards have always run parallel to Eurocentric ideals. Sometimes even within my own family conversations I hear about certain dating preferences that my relatives have for me, and how much more desirable a white partner can be compared to a Black one.

Starting dialogues within our own families and communities about why these ideologies are rooted in racism is not easy or comfortable. These conversations are difficult to have because sometimes we do not always acknowledge the ways in which we benefit from our proximity to whiteness within a racialized system. The “American Dream” that we are often told to celebrate because of the tireless sacrifices of our immigrant parents and grandparents is a façade that attempts to blind us from reality. The right to dream and live in this country freely and for the pursuit of happiness has been taken away from too many Black people across this country.

The Black community in the Greater Seattle is seeking justice for those slain at the hands of the police within our communities, and the choice to be silent is not all that different from the Thao’s during George Floyd’s murder. We must continue the work of solidarity that many Asian Americans showed during the Civil Rights Movement towards a more just world.

If we actively consume and love Black culture in this county, we within the Asian community must check the anti-blackness within our own families and activate ourselves into action. We must support the work of organizers doing the critical grassroots organizing to protect those taking it to the streets during this period of time.  And most importantly, we must listen and elevate the platforms of Black families that are demanding justice and accountability from a police state that has failed way too many times.