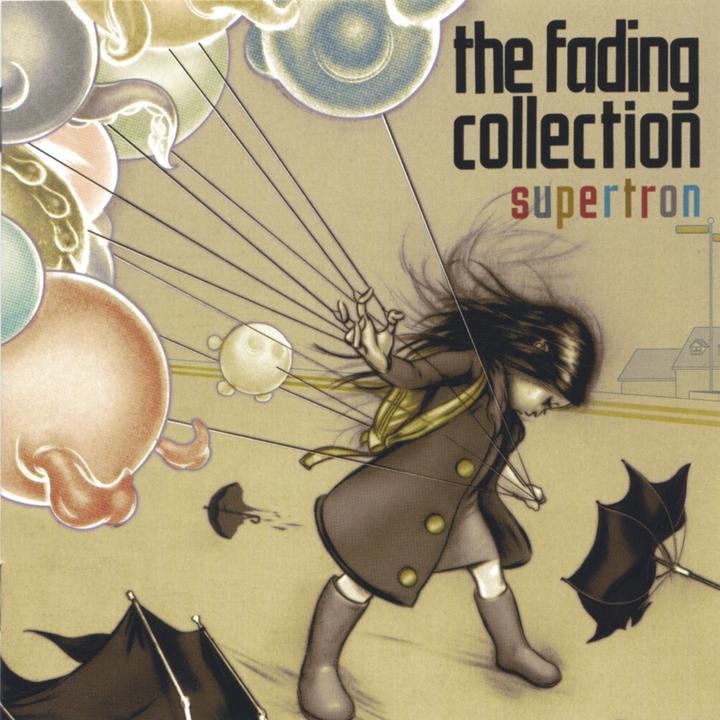 The Fading Collection, known as one of the coolest electronic indie bands in Seattle, has just launched their second CD “Supertron.” The International Examiner sits down with vocalist before their concert at this year’s Bumbershoot.

The Fading Collection lead singer Sarah McCulloch was born in Seattle to a Korean mother and a Caucasian father. Her parents met on a Christmas Eve in Korea while McCulloch’s military father was based in Seoul.

McCulloch grew up mostly in Seattle, although her family did return to Seoul where they lived for three years when she was a child.

“I had not started singing until I was in [my] early twenties. That was 12 years ago now, after being out of college,” McCulloch said.

The beginnings of her singing career came unexpectedly, resulting from the love of “goofing around” with the guitar and singing songs with her best friend from high school.

The two wrote songs for fun and as time went by they became more serious about it and eventually formed a band.

Her friend, who refused to sing, just wanted to play guitar, so McCulloch became the voice of their band.

“It was either me or her who was going to sing,” McCulloch said.

A few bands later, McCulloch is now the lead singer of The Fading Collection.

“Matt and I were just good friends at first,” she said.

The two had been writing songs together for a long time but never dated during those five years. Now, “eight years have passed” since they have started dating and the two are engaged to be married.

Others in the band include drummer Jeremy Hill, Frickelton’s former roommate, and back up singer Tivia Wormstedt, whom the group enlisted for their live performances.

For McCulloch, “it is a really great thing to be able to create music with my partner.”

“I appreciate what I have been through. All the relationships with people, whether it’s your friend, lover, or family, cause all different kinds of feelings including pain,” McCulloch said.

The Fading Collection’s first album, “Interactive Family Radio,” is called trip-hop, which uses a hip-hop beat but slows it down a lot, similar to the sound that other groups like Portishead and Massive Attack use in their music.

Their second album is more an indie-electronic, which is obviously different from just electronic which “just goes on and on and on.”

“We don’t write dance music even though we use a lot of electronic elements. We really write songs,” she stated.

“We do try to improve ourselves as song writers and want to be good musicians. Matt also works hard to find the electronic sounds that are interesting, original, and not imitations like everybody who is out there.”

Even though McCulloch is half-Korean, she does not see herself as really look Asian.

“For a long time, I thought of myself as a white. I didn’t know what it meant to be half Korean,” she says. “I have never thought about trying to find a community [with] Korean people and [haven’t taken] a lot of time to cultivate that.”

Recently, however, she has got more in touch with her Korean heritage.

“The older I get, the more I don’t want to lose touch with that. Someday, my mom won’t be around anymore, but I still want to be connected to her and want that [culture] to be part of my life. I know it is important,” she said.

The Fading Collection will perform at Bumbershoot on Sept. 3 at 12:30 p.m. at the N.W. Court Stage. For more information, please visit www.thefadingcollection.com.