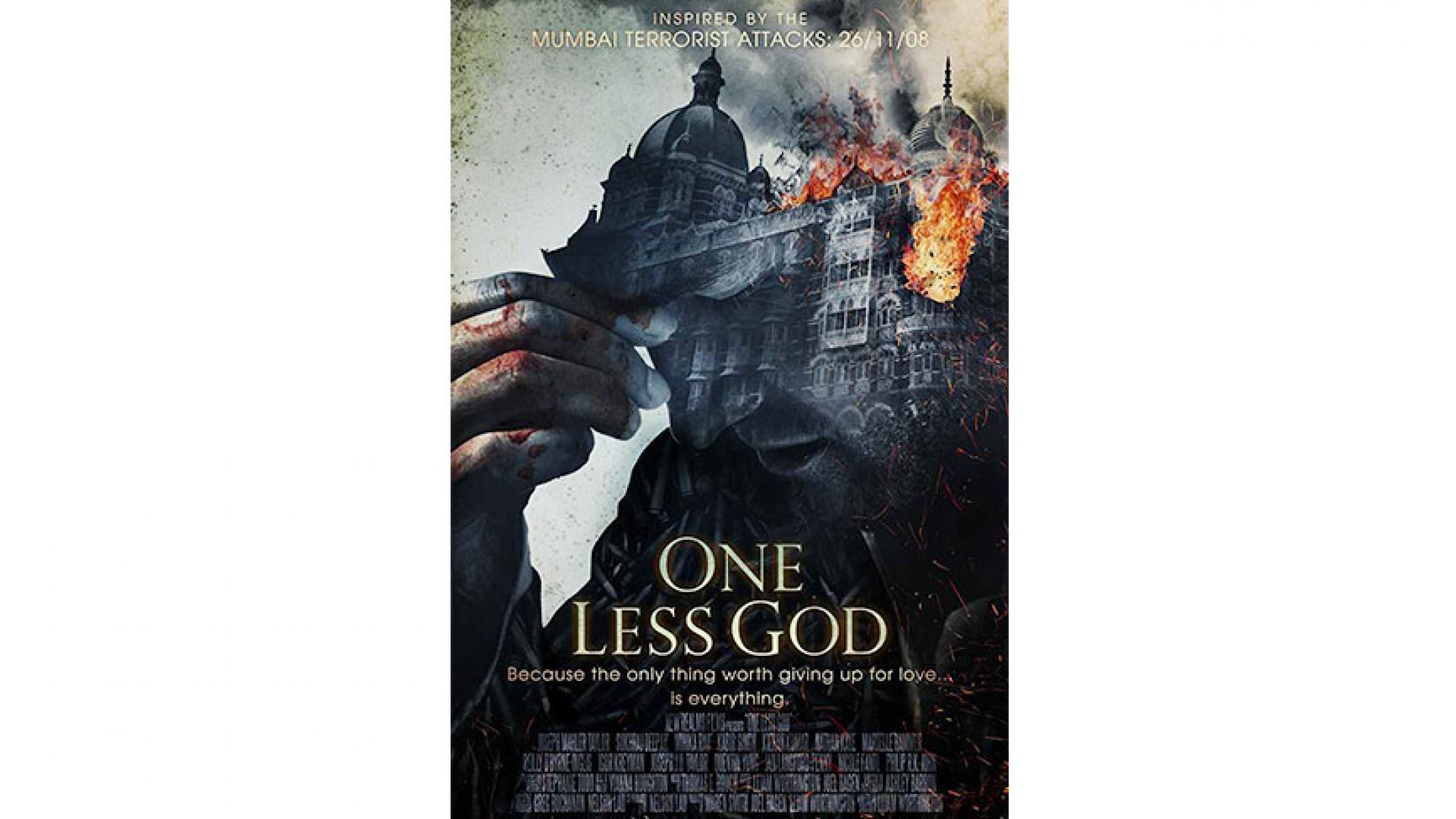 At the beginning of One Less God, a disembodied voice asks, “Do you believe in God?” The responder (who is also the questioner) answers, “I believe we are all one.” He then goes on to explain how all of humanity is interconnected while scenes from a joyful Hindu Holi festival are flashed onscreen. But all those good vibes stop as the film begins to focus on an interconnection that proves fatal.

In November, 2008, 10 Muslim terrorists from Pakistan attacked 12 locations in India, including the luxurious Taj Mahal Palace Hotel in Mumbai. After it fell under siege, the Indian government struggled for four days to contain the scene while terrorists shot their way through, floor by floor, knocking on doors and killing hotel guests that opened them. One Less God, a feature narrative, is based on the gruesome events that took place during that seizure.

Various characters are introduced, each with personal issues that escalate as they realize they may never escape their entrapment. There’s a devoted grandfather, Gradda (SukhRaj Deepak), about to raise his granddaughter (Mihika Rao) alone because she’s losing her mother to cancer at a nearby hospital. A French journalist, Claire (Martelle Hammer), becomes hysterical when she learns that the terrorists are hunting for media folks like herself. She ends up hunkered down with a Turkish Muslim woman angry with her overprotective brother who’s been instructed to guard her by their mother.

And, there are many others—a man who recently lost his wife, a Jewish couple considered a prime prize by the terrorists, an elderly lady with a severe gunshot wound, and an Australian man placed at the center of the film as the likely hero with his reckless attitude and who’s also the disembodied voice heard at the start.

Astonishingly, the actors playing the two terrorists Yaaseen (Kabir Singh) and Ahmad (Kieran Kumar) are the most skilled at bringing a multidimensional flavor to their characters. They snort coke, become awed by Western materialism flaunted in the hotel rooms, and quarrel with each other, all the while slaughtering hostages as instructed by their handler in Pakistan via cell phone. Unfortunately, some of the other actors are not as convincing in their roles as they struggle with showing genuine fear and instead unload streams of f-bombs. However, Deepak as Gradda gives an excellent performance of a man frightened to the core who refuses to unmask his panic in front of his trusting grandchild.

‘One Less God’ is currently on the film festival circuit.

At one time or another, everyone wishes they could “reset” their lives by simply going back and redoing something done badly. That’s exactly what Xia Tian (Yang Mi) does in the feature narrative aptly titled, Reset.

It all goes horribly wrong when the young scientist and single mother watches helplessly as her son Doudou is abducted right in front of her eyes. Soon, she’s instructed to supply the kidnapper with the vial of data from her experiment that allows humans to time travel by creating new versions of themselves. The matter of it taking three different sets of irises to open the encrypted vault becomes moot when the abductors supply one of the detached eyeballs.

So, in several tension-crammed scenes, Xia Tian sneaks into the high-tech skyscraper lab, and convinces her colleague, Da Xiang (Liu Chang), to help her snatch the vial containing the formula so she can save her son from the bomb implanted in his neck. Although she delivers it in the nick of time, the dastardly devil who’s the abduction mastermind Tsui Hu (Wallace Huo) kills the unfortunate child anyway.

Grief-stricken and enraged, Xia Tian returns to the lab where she creates another version of herself (and later, another) to do over the rendezvous-gone-wrong and rescue Doudou. Meanwhile, she learns disturbing news about her beloved Chief (King Shih-Chieh), leader of their time travel project.

With a profusion of car chases and crashes, people plunging from high places, explosions, gun battles, knife fights and everything but martial arts, this film is an action-packed Korean-Chinese sci-fi thriller produced by Jackie Chan.