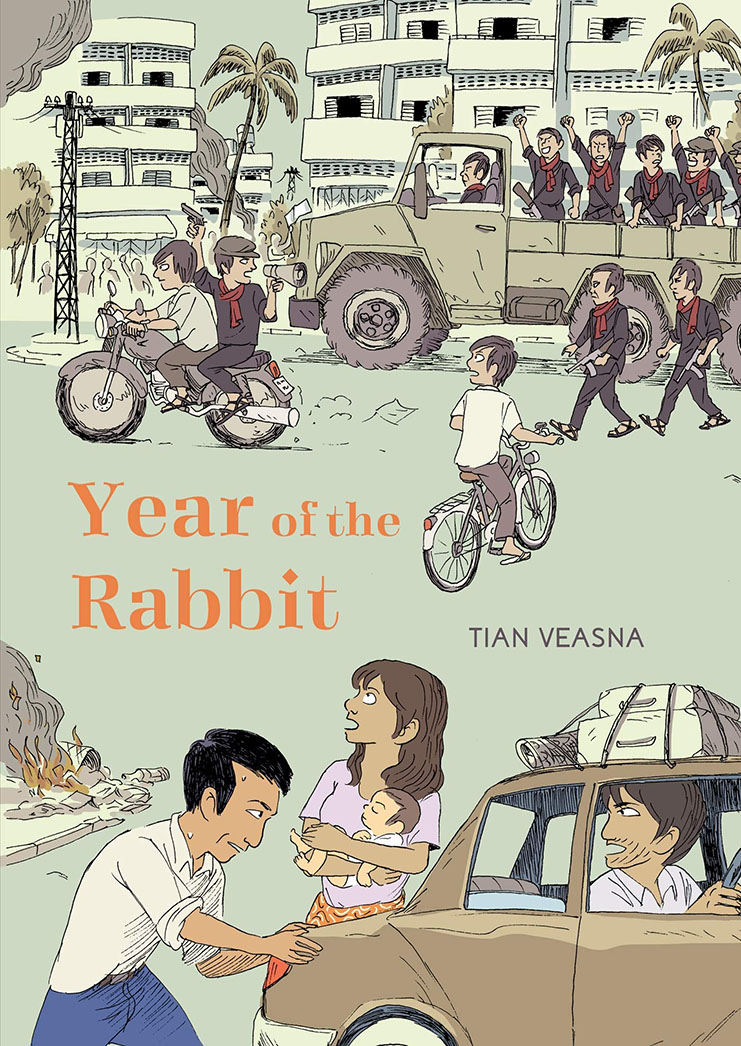 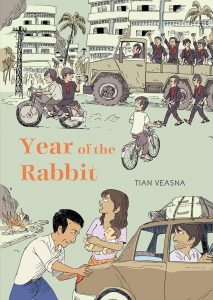 I opened this book intending to peek at the first pages, and ended up finishing it in one sitting. This graphic memoir about one family’s struggle for survival is set during the Khmer Rouge genocide in 1970s Cambodia. It unfolds slowly, at a pace that gives attention to daily life and its mundanities, but pulls you alongside the characters into a sense of mounting, incredulous dread. Veasna was born on the road, just days after the extremist regime forced his middle-class parents to flee their home in the city, and Year of the Rabbit follows first-hand accounts from them and those of their extended family that survived the tragedy.

Due perhaps to this realism, the story’s structure sometimes feels unstable, shifting perspectives in a way that makes it easy to lose track of who’s who in the family tree. But after all, it’s a depiction of a chaotic time, and overflows with detail about the dehumanizing lifestyle Cambodians endured under the runaway communist regime. In chapter headings with macabre “DIY”-like diagrams, tips are offered for how to barter for commodities like soap, scrape together a meal at the end of a 15-hour day of forced labor, or avoid being executed for possession of artifacts considered anti-regime.

Veasna’s family doesn’t have much time to reflect on the scope of their ordeal, too busy jumping from scrape to scrape until the book abruptly concludes with their immigration to France. But for its rough edges, I hardly breathed until the end of this engrossing and informative memoir.