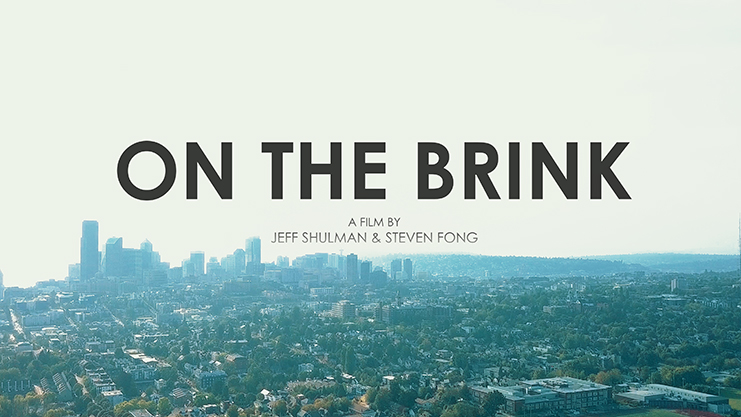 These days 23-year-old Steven Fong is getting ready to embark on the next chapter of his life. His destination is Emerson College, where he will start his graduate studies in film. Although he has had a passion for film and videography since he was eight years old and is largely self-taught, he never considered filmmaking as a viable career option until his last year in college.

Fong is the co-director and cinematographer of On the Brink, the brainchild of Jeff Shulman, a marketing professor at the University of Washington and the host of “Seattle Growth Podcast.” On the Brink is a one-hour documentary about Seattle’s Central District, an African American neighborhood that has seen many changes in the past two decades due to gentrification.

The film will be shown at the Neptune Theatre, free of charge, as part of its “Nights at the Neptune: A People’s Theatre Joint” series on Aug. 15 at 8:00 PM. A discussion will follow featuring Kristi Brown, Damon Bomar, Carl Livingston and Jesdarnel “Squirt” Henton.

Born in Seattle and raised in Bellevue, Fong has often felt out of place in the Asian American community. He finds himself in a state of flux between two cultures. His mother is from Beijing and his father is from New York, so he lacks the local extended family network he has seen with his Asian American friends. Although his mother is fluent in Mandarin, Fong can barely speak or understand Chinese since English is the commonly shared language at his home.

“I feel like a part of who I am is missing,” he said. “It’s hard not being able to participate in the culture that you’re born into. It’s weird being Chinese and not knowing Chinese. It’s a weird feeling being in between two cultures. I can imagine why African American kids growing up in Kent would feel like a part of them is missing. That happens when you don’t have that community to build off of and support you.”

As an Asian American, Fong knows firsthand the value and impact small communities can have on individuals. Growing up, he intuitively sensed he needed to assimilate. Surrounded by Asian role models of the model Asian variety, he believed he needed a degree that would ensure a stable and lucrative career. Through SimCity 4, he discovered an interest in urban planning and transportation, and he decided to become a civil engineer.

Fong needed to clear a few hurdles before figuring out his optimal career of choice had been staring him in the face all along. His carefully laid out plans for his future fell apart during his second year in college as he came to realize engineering was a bad fit for him. Although math was not a weakness, the act of crunching numbers every day sucked the joy out of a career prospect that had once filled him with enthusiasm, and his grades started reflecting his misery.

“It was the most miserable time of my life,” he said. “I like to think that if I want to do anything, I can be perfectly fine at it. If I put my heart and energy into whatever it is, I will be fine, but those things weren’t there for me.”

Despite his jarring academic experience, he wanted to continue pursuing a career in urban planning and decided to join UW’s Community, Environment and Planning program, an interdisciplinary learning experience that allows students to have more freedom and control over how they wanted to shape their studies. The program itself has less than 100 students with small class sizes. Aside from teaching him how to be more intentional about his work and how to be more self-directed about his studies, it taught him the value of community.

“It’s a super tight-knit community, and everyone knows each other,” said Fong. “We’re a tribe. Feeling safe and having people to fall back on allows you to take risks and to step outside of your comfort zone.”

During his third year, he got an internship with the Seattle Department of Transportation but ran into another hurdle: He found himself questioning his chosen career path once again when he realized the work was not something he could imagine himself doing for the rest of his life.

As he was figuring out his capstone project during his senior year, he stumbled upon a video of Steven Spielberg whose message helped him to realize his true passion. With the confidence he had built through the program, it was the nudge he needed to dive into this new possibility. As a way of saying thanks, Fong decided to make a short film about the CEP program for his senior project.

“Even though I’m not pursuing urban planning anymore,” he said, “I was able to make the decision to go on and pursue film because of the freedom the program gave me.”

After making a hype video for a student business team at UW, the Foster School of Business saw the video and posted it on their Facebook page. Shulman saw the video and reached out to Fong, proposing that they work on the film together.

After working on the documentary for a year, the movie had its world premiere at the Langston Hughes Performing Arts Institute on June 9, 2019. The movie has received praise and mention from media outlets such as The Seattle Times, KING5, KNKX and KUOW. The film contains a number of interviews from people in the community, giving a human face to the Central District. 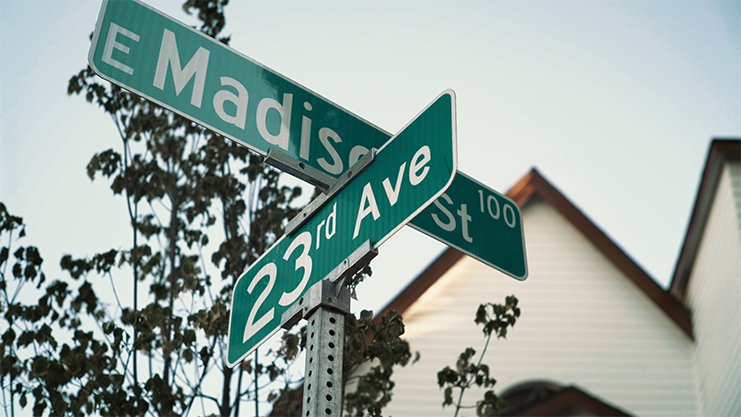 “I think anytime you’re losing a community, you’re losing a part of the city,” said Fong. “You lose that ability to foster; you lose that tribe. You lose that opportunity for young people [to draw from the strength of that community] and to go on and become great. In our world of increased globalization, there’s a desire to know and be interconnected with everyone, and you almost forget to build the relationships that are closest to you and to hold on to that little tribe you have. That’s happening everywhere, especially in this country.”

“A lot of people aren’t aware of how they’re contributing to what is happening,” he continued. “And it’s no one’s fault. The city needs more housing for all these people that are coming in, so where do we put it? It’s going to happen to any community. It’s this tricky situation: How do you preserve this community while addressing the needs of the city?”

Thoughts on being an Asian American filmmaker

“It says ‘co-director’ on the credits,” said Fong, “but I feel like I sort of gave myself the role of the guy who presses ‘record’ on the camera, and anyone who knows how to use a camera could have done that.”

Fong admits to having imposter syndrome, one of the daily struggles he has as an Asian American creative. He often compares himself to Asian American filmmakers and wonders if the stories he wants to tell will be as compelling as the ones that have already made it out there. In the end, he hopes he can make stories that help change people’s perspectives or introduce them to a whole new perspective on various experiences.

He feels lucky to be pursuing film studies during a time when Asian Americans are starting to make more headway in the entertainment industry. “There’s something about seeing people that look like you on the big screen,” said Fong. “After I saw Crazy Rich Asians, I thought I could definitely make something like this.”

“My dream is that any Asian American boy or girl can grow up wanting to be anything he or she wants, whether it be a musician, movie star, astronaut, doctor or writer,” he continued. “But I also think it’s important to hold onto the culture of what it means to be Asian American; we need to hold onto some of what our parents brought over from wherever they came from.”