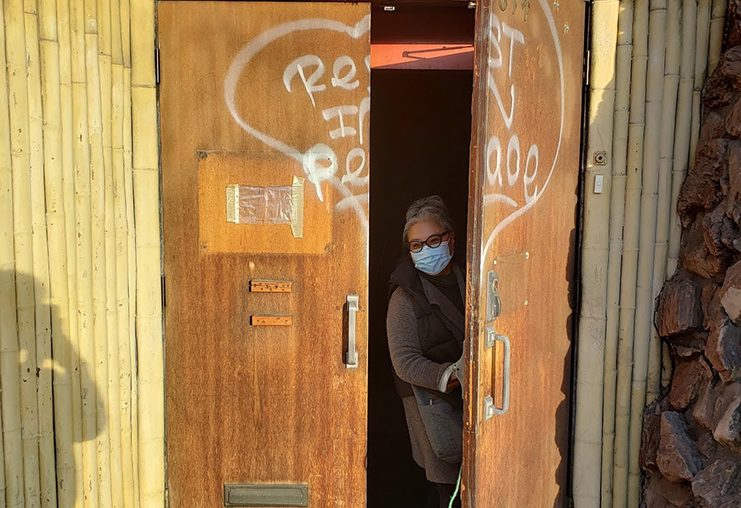 There’s nothing better at shattering the ‘Seattle Freeze’ than a night of Karaoke. This nocturnal pastime welcomes the anonymous, the slightly drunk, and the go-getters all the same. Singing Karaoke is an act of letting go and expressing oneself without judgement or fear.

Many of Seattle’s Karaoke establishments also serve as a nexus of community. Providing space for celebration, as longtime friends and regulars convene underneath the dancing glow of lyric screens.

But all of this changed on March 16, 2020, with the state-ordered closure of all restaurants and bars to curb the spread of COVID-19.

As of now, many of these businesses remain closed, or not fully open. And despite progress in vaccine development, it’s likely that the necessity of physical distancing will endure through 2021.

In an effort to better understand the past, present, and future of Karaoke in Seattle, we linked up with three distinct Karaoke establishments in Seattle to learn about their struggles and hopes during this confluence of crises.

Serving the Northern University District since 1993, Monkey Pub is a humble dive bar that is home to an eclectic group of regulars and walk-ins alike. It’s walls, plastered with worn posters and collages of polaroids, tell countless stories; as if every person that stepped inside has, in some way or another, left a mark that remains to this day.

In the early 2000s, one of the bartenders, inspired by a Neil Diamond concert, brought a used Karaoke machine to the bar. Unknowingly, this led to regular Karaoke nights at the pub, consistently bringing in new customers.

Juan Rowland has been the Tuesday night Karaoke-Jockey (KJ) for over six years. He’s become a fixture at Monkey Pub, known for his gregarious and welcoming presence. “There are some big personalities that come in here every week.” He laughs, “It’s my job to try to get the personality to come out of the new people that come in.”

Like every other bar in the city, Monkey Pub stopped service in late March. It was able to briefly re-open, but its lack of outdoor seating space became detrimental.

“We were open from mid-June to the end of July,” explains bar manager Anthony Rewerts,  “That’s when they went to 10% capacity and we had to have a patio and would only be open till 10. We didn’t have a lot of business before then.”

Still, the short opening offered a respite for its loyal community of regulars. They even coordinated among themselves to split their visits between Friday and Saturday night so as not to overcrowd the bar.

Nowadays with the bar closed again until they can feasibly reopen with later hours and higher capacity, Anthony is often Monkey Pub’s only guest.

“I wanted to maintain some element of my routine, so being here almost every night helped me with that. Because it felt more normal being here.”

A few blocks from the I-5 Mercer Street exit in South Lake Union lies Seattle’s Best Karaoke (SBK), an unassuming establishment that has offered private Karaoke rooms for 25 years.

It’s a popular spot for a diverse array of events — from boozy tech employees to chaperoned high school prom groups.

“We don’t serve alcohol, that’s the idea.” Says the owner, Shinji Unno. However, drinking-aged guests can bring in their own.

“We have lots of family customers having parties, from 80 years old to zero — the youngest customer we’ve had was 14 days old!”

SBK is run solely by Shinji and his wife. It wasn’t easy to survive the waves of economic instability Seattle has seen since the mid 90s. They’ve managed to stay afloat by continuously changing their practices — such as adopting a larger catalogue of songs in English, renting Karaoke equipment for parties, and even automating their operations.

Guests can host karaoke in their rented room with an online crowd — allowing a karaoke session to be shared with anyone in the world. Lyrics are displayed both in the monitor and Zoom as a screen share, allowing remote guests to sing and hear it all. He started this new system to help a friend host Karaoke for a physically-distant wedding. He’s now incorporating the new service into his business.

“They don’t have guidelines exactly for my business,” Shinji explained. “I am following the recommendation for the restaurants — five people from the same household for each table.” (since the interview, Washington State guidelines for counties in Phase 2 now allow for six people. SBK has updated their policy as well.)

Despite this, the pandemic has taken a massive toll. Business is 90% lower than normal, with no rent relief or additional loans in sight. With little else to lose, they’ve opted to keep their doors open and hope for the best.

When it comes to Karaoke in Seattle, there’s no establishment with a larger cultural footprint than Bush Garden.

“This was a place that everybody came to,” says Karen Sakata, owner of Bush Garden Restaurant and Bar. “It was a touchstone for the Japanese community but it was also much bigger than that. All the bankers from downtown…families…people remembering their prom nights.”

Bush Garden was opened in its current location in 1957 by Roy Seko. It became an icon in the Japanese-American community, where families held weddings, fundraisers, celebrations. With its extensive seating upstairs and downstairs, it could serve 400 people.

In the late 80s, Sakata became one of the bar’s first karaoke hosts after Bush Garden started acquiring Pioneer Laserdiscs. These laserdiscs finally brought over songs in English, thanks to the karaoke business of Emiko Hikida. Sakata even attributes Hikida as the person who brought Karaoke to Seattle.

In the 90s, it was the Asian-American community that this new pastime drew.

“They weren’t just from Japan,” Sakata retells, “they were that 2nd, 3rd generation, Beacon Hill sort of crowd. But it would be packed. People would come dressed up and come down after disco.”

As Sakata continued to host karaoke over the years at Bush Garden, it was the diversity of the patrons she continued to love.

Saktata says, “Here, you get to see a whole different cross section of people: rich, poor, it doesn’t matter.” Singing with friends, strangers, and people coming from all parts of the region was humbling.

“The culture of karaoke is sharing the music you love.” Sakata states. “Sometimes, someone would sing a song that I really wouldn’t like. But the way they sang it — through their way of the song — I got it. I got why they liked that song.”

After recalling the history of Bush Garden, it is clear that for Sakata, it is more than the  establishment and the building she has spent so many years in: it’s also about the neighborhood: the Chinatown-International District. Bush Garden was a place that fostered this community. She recalls neighborhood leaders like Uncle Bob Santos, who used to come every Tuesday night. She remembers how Bush was a home to activists and organizers alike, but also just to anyone of the neighborhood.

Bush Garden has been set to move out of the historic location, as the real estate developer Vibrant Cities plans to demolish it and build a 17 story apartment building. However, an agreement has been made between community-based organization InterIm CDA and Sakata to lease commercial space in InterIm’s future affordable housing building in the CID, Uncle Bob’s Place to Bush Garden. It is set to open in 2023.

Hopeful, Sakata sees the new Bush Garden as an opportunity to recreate the history of the ID. “Uncle Bob used to talk about how there were music clubs all over the place down here. And he said Bush Garden was the last one. And to reopen the idea of music. And maybe have live music. To bring back jazz and music to the IE.”

Until 2023, the challenge will be to keep the momentum of Bush Garden’s spirit.

“The idea of moving into the new place…if I close this down and try to save as much as there is to save, how much of it is stuff that you can take and how much is it the spirit you take and try to recreate the spirit and energy?” Sakata says.

When Bush Garden moves to its new location, karaoke may feel different as it is no longer in its past home of countless stories and memories. However, Sakata knows that the essence of it all is rooted in the community she is confident Bush Garden has the ability to cultivate once more.

“Overtime, what this place has been in the past to Seattle and to the community has changed and shifted. But the piece we really want to hang on to is that gathering space – that community gathering space. Like through karaoke, where you can share and connect through ways that are just grounded in being who you are.”