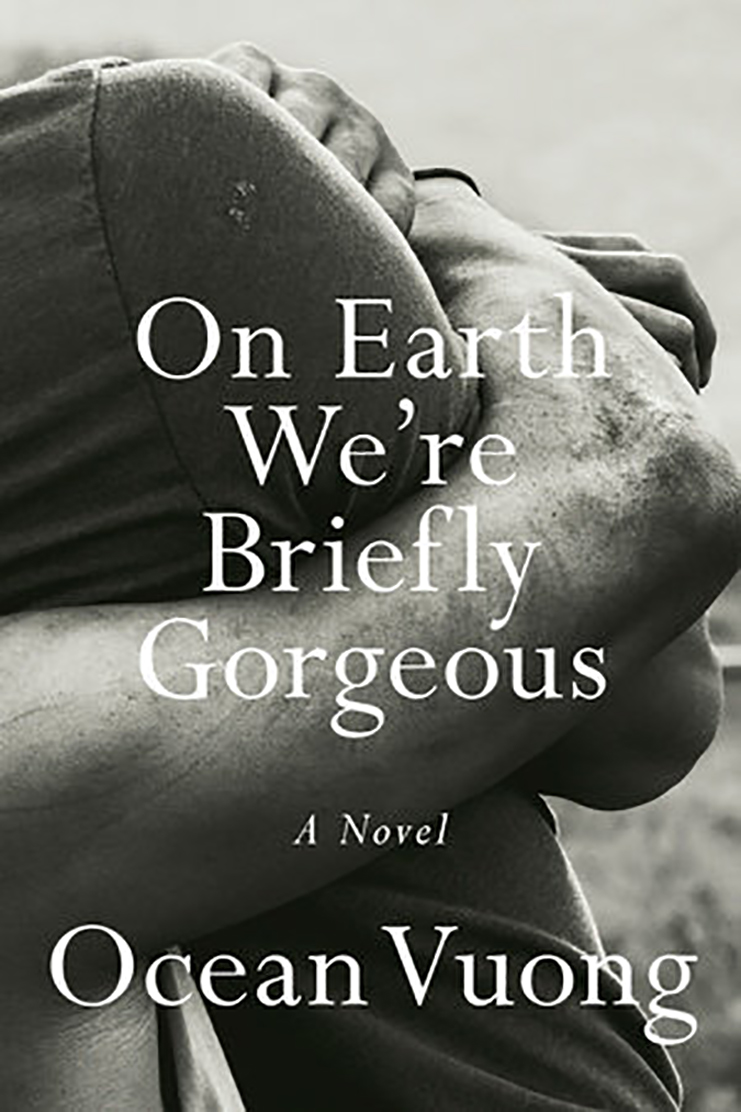 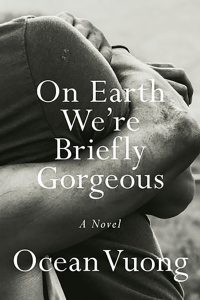 Ocean Vuong’s debut novel, On Earth We’re Briefly Gorgeous, takes the form of a letter that will never be read. The novel’s main character, Little Dog, writes to his illiterate mother in fragmented anecdotes about his childhood in Hartford, Connecticut as a gay, Vietnamese-American boy. He writes about his memories of his mother’s care and abuse, his job at a tobacco farm, his relationship with his grandmother, and his first love.

As the novel unfolds, it becomes clear that his mother’s inability to read is the story’s very condition of possibility, that which allows Little Dog to write at all. In fact, the tension between this seemingly fruitless endeavor, the writing that will never reach its intended audience, and the novel’s ultra-intimate forms of address is what propels the narrative, as does the reader’s increasing awareness of their own intrusion into what is supposed to be a private document.

Moreover, the novel continually dramatizes the gap between language and gesture, Little Dog’s domain and the domain of his mother, respectively. Early on in the novel, Little Dog recalls his third grade teacher teaching him how to read and consequently launching his lifelong love affair with language. When he in turn tries to teach his mother to read, she becomes frustrated and retreats instead into coloring books that grant her a tenuous peace from her traumatizing past.

Little Dog’s narration of this event is interspersed with memories of his mother’s physical abuses, gestures that, in their juxtaposition with his failed attempt to teach her how to read suggest a fundamental incompatibility between mother and son’s modes of expression. Language – English – cleaves them from one another. But Little Dog desperately wonders, “How could I say that we, after all, are so close, the shadows of our hands, on two different pages, merging?”

This foundational moment of simultaneous affinity and misalignment continues to resonate throughout the novel as Little Dog grows into his identity as a writer and a queer young man. The plot largely unfolds in fragments, not so much “a story as much as a shipwreck – the pieces floating, finally legible.” It is a pleasant sort of fragmentation, the kind that grants you the feeling of having gained deep knowledge of the characters after seeing them episodically throughout the slim volume.

Vuong, widely known and lauded for his 2016 poetry collection Night Sky with Exit Wounds, had previously published the novel’s first section as a personal essay in The New Yorker, before reworking it as part of the novel’s longer narrative. His writing is intensely personal, and though the novel marks itself as a refracted version of his childhood – its locations, its ambience, its cast of characters – it is also a conceptually ambitious book, one in which the narrator consciously theorizes the implications of writing autobiographically.

Reflecting on philosopher Roland Barthes’ assertion,‘“A writer is someone who plays with the body of his mother in order to glorify it, to embellish it,” Little Dog writes: “But by writing, I mar it. I change, embellish, and preserve you all at once.” Embellishment, then, is a kind of violence that Little Dog enacts upon his mother, even as it also works to render her in loving, lasting detail.

This is ultimately the affordance of the novel’s epistolary frame: what would otherwise be the novel’s more abstract and overwritten moments read instead as attempts to come to terms with the best way to narrate a life. In fact, the novel is most exciting when read as a portrait of a mind engaged in the difficult and haphazard work of remembering through writing. In the midst of this process, a dark sense of humor sometimes slips through. While mourning the death of his childhood friends, Little Dog muses, “The truth is we don’t have to die if we don’t feel like it.”