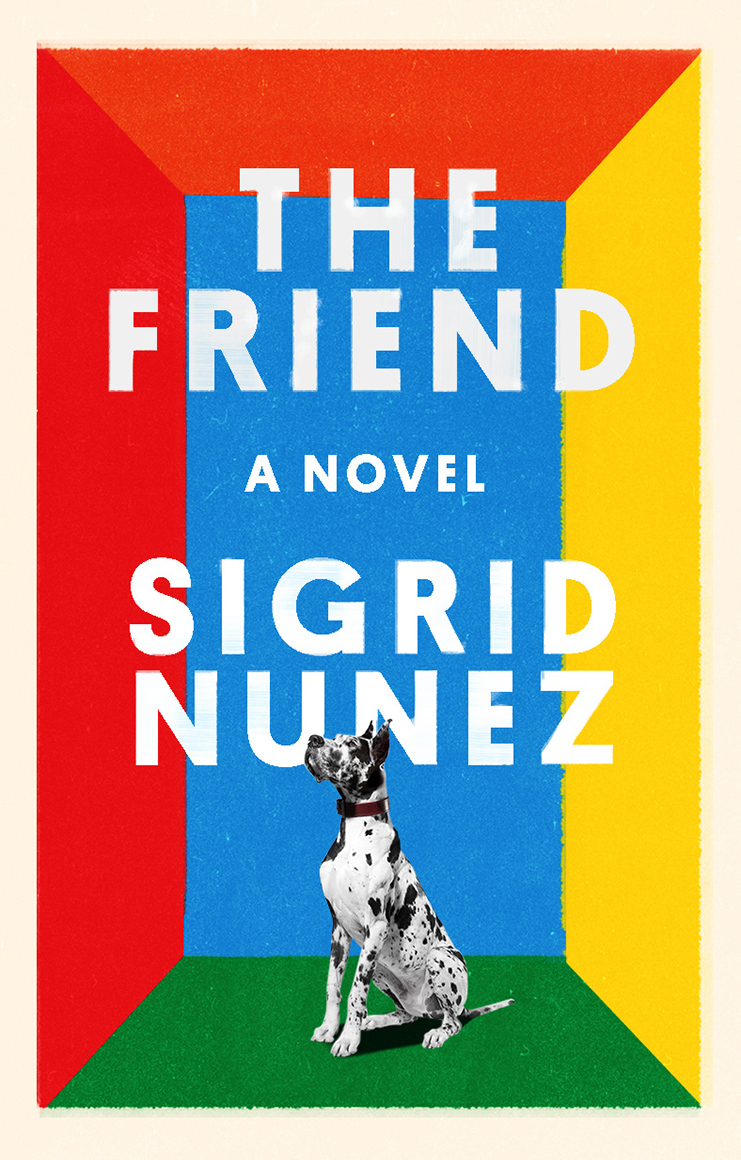 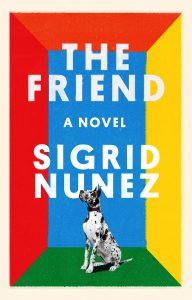 One of the reasons we read is to build upon the ideas of other writers. Sometimes these other points of view help us to clarify our own needs and desires. How often have we connected with an adage, an excerpt, a line of poetry? Sometimes another writer’s words can affect our empathy, our social perception, or our emotional intelligence. Sigrid Nunez begins The Friend with three quotations as an epigraph. The first is from Natalia Ginzburg, “My Vocation,” which states: “You have to realize that you cannot hope to console yourself for your grief by writing.” Yet this is what the unnamed narrator of Nunez’s novel attempts to do.

Winner of the 2018 National Book Award, Nunez’s elegy is in present tense, creating a one-way conversation or journal directed at the protagonist’s writing mentor, a white male and lifelong friend, who commits suicide. Despite ups and downs in their relationship and moving from student to colleague to confidante to devotee, the two had been close for almost 30 years.

Part narrative and part associative in structure, The Friend begins with a reference to California where Cambodian women war refugees in the 1980s lost their sight: “…the women’s minds, forced to take in so much horror and unable to take more, had managed to turn out the lights.” This, the narrator informs us, “was the last thing you and I talked about while you were still alive.” And so begin her musings about being a student in his workshop, listening to his feedback, his lessons on craft, and the nature of writing. Slipping into isolation, the protagonist finds “…I have found that the more people say about you, for examples those who spoke at the memorial—people who loved you, people who knew you well, people who are very good with words—the further you seem to slip away, the more like a hologram you become.”

This central conflict and metaphor for The Friend begins after the funeral when the narrator meets up with Wife Three. Wife Three reminisces about the mentor’s last days. The protagonist responds with the unspoken thoughts: “How much of all this does Wife Three know? How much does she care? I have no idea and no desire to find out.”

At this point, Wife Three asks if the narrator would take the mentor’s dog, a huge Great Dane named Apollo that doesn’t understand the disappearance of its master. Reluctantly, the protagonist agrees, thinking: “You can’t explain death.”

Working through one’s grief is a process. Once the writer/protagonist remembers how a boyfriend liked caring for her cat, “because I missed you, and having her was like having a part of you here.” Similar to creating a fictional character, the writer muses on Apollo’s origins and reactions. As the two slowly bond, the complication of a forbidden dog in the writer’s apartment building threatens eviction.

Along the way, the reader is seamlessly introduced to small anecdotes about or from Stevie Smith, Samuel Beckett, Laurence Olivier, Ursula LeGuin, Stephen King, J.M. Coetzee and others. They all make sense through the protagonist’s grief and loneliness in writing.

A wonderful moment in The Friend that connects reading with loss is when the writer begins to read a draft she’s written out loud: “When I reach the bottom of the page I pause, thinking. Apollo pokes me with his nose. He barks, very low, just once. He takes a step forward, a step to the right, a step back, all the while cocking his head from side to side.”

The Friend is a quietly haunting book that can move the reader with its poetic self-examination. Towards the end, the protagonist writes, “Now, watching him sleep, I feel an surge of contentment….What are we, Apollo and I, if not two solitudes that protect and border and greet each other?”