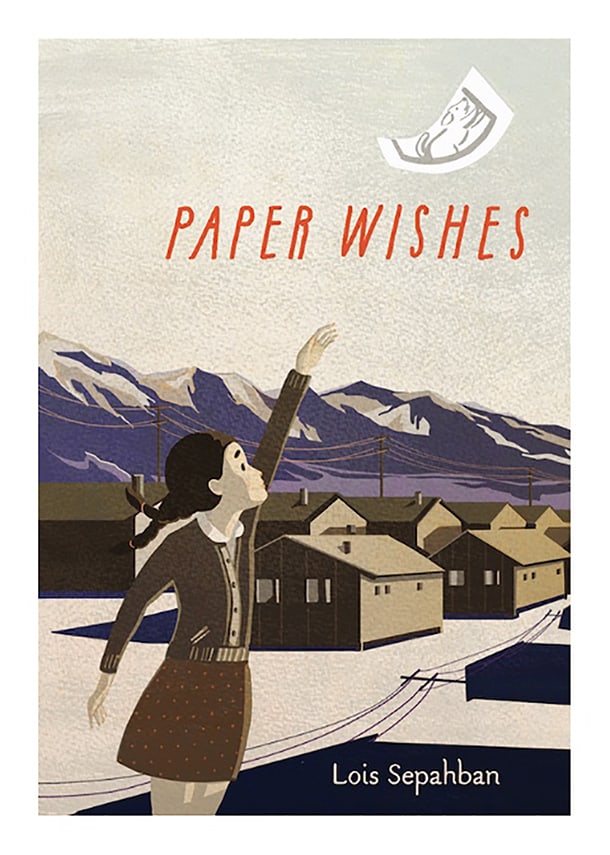 The Little Exile by Jeanette Arakawa

In this Young Adult novel, Arakawa vividly provides two aspects of the “camp” story – the forced removal and incarceration of Americans of Japanese descent during World War II – which rarely receive coverage in both fiction and nonfiction accounts: the experience at the Arkansas “relocation camps” – in Arakawa’s case, Rohwer War Relocation Center, and the ordeal recollected from a preteen’s point of view.

Her story as “Marie Mitsui” begins at age 9 in hilly San Francisco. As everyone once that age can remember, the priority is making and keeping friends. For her and older brother Brian, their friends are from a multicultural cast with class differences. Marie is reluctant to bring her well-heeled white friends over to her family’s home – in back of the dry-cleaning shop her Issei parents operate.

Also at that age is the trauma of losing friends and being constantly relocated. For Marie’s family, they are issued the infamous family number tags, attached to their clothing and luggage “like price tags we had forgotten to remove.” Her prized possession is the “princess coat” suited for winter, but since she has no choice but to wear her luggage, she endures the sweltering heat of the Stockton Assembly Center.

Then her family and hundreds of other Japanese Americans are packed off to the Rohwer War Relocation Center in southeastern Arkansas. Unlike most other camp locations located on “a beach without the ocean,” as Arakawa creatively describes the desert, the Rohwer camp sits in a forested marshland filled with snakes and chiggers.

With thousands packed into a tight space, inevitable tension and gossip wears on Marie’s parents and the camp community. Marie’s grandmother frets that camp life is depriving Marie of training “to be a good homemaker.” Another lesser known aspect of the camp experience is that, when the dubious “loyalty questionnaire” is issued, some Nisei youngsters attempt an escape from the camp – so adamant are they against going to Japan with Issei parents who are left no choice but to repatriate.

Transient friendships are always the bane of Marie’s preadolescent life. And, while leaving camp and returning home is the denouement of most camp memoirs, Marie’s life struggles continue in earnest as her family relocates to Denver. Her father assumes another job as a dry-cleaning presser, her mother as a silk finisher. Arakawa even edges into a bit of surrealism when a friendless Marie and her family live in a bleak apartment, sharing a bathroom and kitchen with other residents on the same floor. Even though the father saves enough money to buy a Denver home – with the luxury of its own kitchen and bathroom – Marie and Brian successfully lobby their father to return to San Francisco – their only true home.

Arakawa explains in the initial “Note to the Reader” that over 70 years after the actual incidents, her “collection of recollections” is “devoid of much detail” and that “the details I have provided to accompany the incidents are as I imagined they might have been.” She continues that she changed the names of actual people to not only protect their privacy, but also “as well as their innocence in the event the details of my memory deviate significantly from theirs.”

Arakawa needn’t worry even if she has added a little color to her recollections. The story is an evocative excursion into a young person’s life being drastically inverted.

The Little Exile is quite an accomplishment for Jeanette S. Arakawa. Her “collection of recollections” deserves a spot on the shelf along with other classic camp memoirs like Monica Sone’s Nisei Daughter and Yoshiko Uchida’s Desert Exile.

Authors often discuss if they can write about ethnic groups which are not their own. The usual answer is along the lines of, “You have to know what you’re doing.”

In Kentucky author Lois Sepahban’s novel, Paper Wishes (Margaret Ferguson Books, Farrar Straus Giroux, 2016), it’s true that some details do stick out like neon signs for those versed in Japanese – and Japanese American – history, culture, and the camp experience.

For instance, the 10-year-old protagonist is named “Manami” – a last name, but in this instance, her first name. Her beloved dog is “Yujiin.” Her best friend is “Kimmi” – usually not spelled with two of the letter “m.” Another Japanese family has the surname of “Soto”. And Issei parents holding hands? Not impossible, but not likely.

However, Sepahban has written an emotionally-wrenching story about the protagonist’s separation from her beloved family dog which prolific Los Angeles young reader and mystery novelist Naomi Hirahara described in The New York Times review of Paper Wishes as “a perhaps too familiar emotional story line in literature about the camps.”

Told in first-person narrative with quick-reading, sparse sentences, Manami Tanaka and her farming family are forced from Bainbridge Island and sent by train to the Manzanar War Relocation Center in east-central California. Before boarding the train, at the last second, Manami is caught trying to conceal and smuggle Yujiin on board. During her time at Manzanar, an emotionally traumatized Manami becomes mute, possibly as a protest against her situation. Her means of communication and emotional outlet is drawing, and she uses her illustrations to reconnect with Yujiin by throwing the papers into the incessant desert wind, hoping one will reach Yujiin and bring him to her.

Manami’s pain is palpable, especially for those who ever loved a dog. Sepahban’s repetitive sentence and word-play vehicle is sometimes effective (“I am not hungry anymore, but it is easier to eat my food than to listen to Mother tell me why I must eat my food.”); and sometimes head-scratching (“She walks around the room, touching each student’s shoulder. It is not flitting, but it is not sitting either.”).

In her “Author’s Note” at the end, Sepahban writes that the Manzanar camp December 1942 riot was the result of tensions between the rural Bainbridge Island Japanese Americans and the city dwellers from Los Angeles. There were “tensions” between the disparate groups, as Sepahban notes, but the real reason was initially a clash between pro- and anti-camp administration factions. This gave way to a riot and resulted in the deaths of two Japanese inmates.

She also writes of the 1988 redress bill: “The apology applied both to survivors and to their family members.” Only the survivors who were still alive at the time of the bill’s signing received an official letter of apology from President Bush.

Like Arakawa’s The Little Exile, Paper Wishes captures a young girl’s worst fears during that life-scarring trial – the loss of love and companionship, whether it be human or animal.

Ron Chew tells his story of activism, social and racial inequities and justice, in “My Unforgotten Seattle”