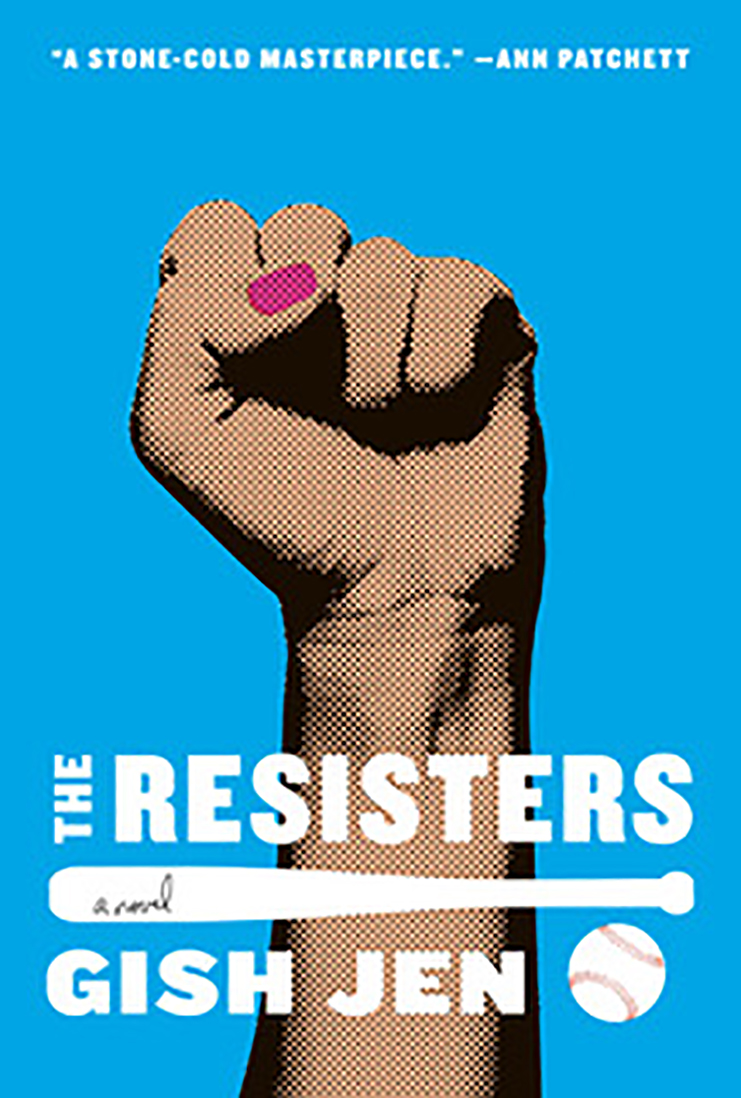 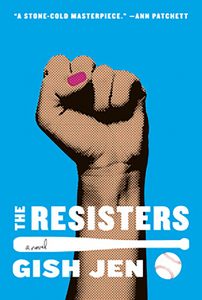 Politics, possibilities, and how Trump is a gift to writers – few speakers would dare the topic in February 2020, but Chinese American author Gish Jen will do just that when she opens the spring half of the Word Works series at Hugo House.

Jen debuted in 1991 with Typical American, a reinvention of the American immigrant novel. Her short stories have appeared in The New Yorker and Harpers Weekly, and were anthologized in The Best American Short Stories of the Century. Jen has received a Lannan Literary Award for Fiction, a Guggenheim fellowship, a Radcliffe Institute for Advanced Study fellowship, and a Mildred and Harold Strauss Living. Her latest novel, The Resisters, depicts a dystopian yet alarmingly conceivable future America and will be released this month.

Jen recently paused from her speaking tour to correspond with the International Examiner and contrast her Hugo House lecture topic – Trump’s presidency and its relationship to writers – with his presidency’s relationship to minorities in general and Asian Americans in particular. She also divulges the surprising details of releasing her politically-charged novel at the start of 2020.

Gish Jen: His presidency is not a gift to minorities. It is certainly galvanizing; issues around the border, for example, have garnered a level of attention they did not under Obama. The increased public awareness does not begin to offset, however, the emboldening of the racist and xenophobic we have seen under Trump.

Neither is Trump a gift to journalists, who have endured an extraordinary level of attack. That fact-finding should be dismissed the way it has been is unconscionable and worrying in the extreme. What does it mean to post-truth? The mind boggles. However, ironically, the extremes of the Trump presidency might be seen as a kind of gift to fiction writers. I’ll be talking at Hugo House about this—about how it expands the realm of the possible in potentially interesting ways.

IE: You often explore the tensions between Western independence and Eastern interdependence. Do you think Asian American authors in particular will have unique opportunities in the 2020 election year?

GJ: Asian Americans, like many hyphenated Americans as well as working class Americans, often straddle more individualistic and more collectivistic ways of thinking. This double lens can be helpful in problem-solving of all kinds and can lead to out-of-the box thinking. We see this in Andrew Yang. As for whether Asian American authors in particular have unique opportunities in the 2020 election, though–no, not that I can see.

IE: The Resisters touches our nation’s most sensitive nerves: the economy, racial disparity, immigration, and climate change. It’s also set for release at the beginning of one of the most controversial election years in recent history. How much of the conception/writing/release of your novel was driven by current events?

GJ: I am thrilled that The Resisters seems relevant to the current moment. As for whether I wrote it with this moment in mind, though—I did not. I began my novel in 2017 and, as my editor will attest, I would have loved to avoid the election year altogether. It just wasn’t possible—not because of the writing time required but because of the production time.

However, just as many of the concerns of my 2010 novel, World and Town – which include globalization, immigration, fundamentalism, and rural discontent – are still with us, issues with the economy, racial disparity, immigration, and climate change were already with us in 2017. What’s more, as I sat down to this book, it was already clear that unscrupulous use of data could be quite a problem, as could other by-products of technological advances. And it was impossible not to see that automation was going to be a boon for some and a bust for others.

Separating The Resisters from political allegory would be difficult indeed. AutoAmerica is an authoritarian society divided into two classes: the “Netted” are light-skinned, educated producers, while the “Surplus” are dark-skinned, under-educated consumers. Instead of being governed by a president, the nation is governed through artificial intelligence. “Aunt Nettie” is an almost-human autonet that collects personal data based on how individuals use it and other automated devices, then determines their compliance with government mandates. Deviant individuals risk imprisonment, torture – or even death.

Eleanor and Grant are a semi-deviant Surplus couple who were a lawyer and professor before their careers were eliminated and they were relocated to Surplusville. Although they are officially unemployed, Eleanor still advocates for Surplus rights and Grant homeschools their daughter, Gwen, who is a baseball prodigy. When Aunt Nettie offers Gwen the chance to pitch for AutoAmerica in the Olympics, she is torn between her disgust for Aunt Nettie and her fear for Eleanor’s safety if she refuses.

Eleanor is Jen’s primary conduit for social criticism, especially Eleanor’s anti-Netted conversations with Gwen and Grant. Since the novel frequently converges with reality (including references to Facebook and social media smear campaigns), readers can easily link her arguments for restructuring society with those of current politicians.

Jen may not have written her novel with this tumultuous election year in mind, and Eleanor’s semi-didactic arguments are unlikely to dissuade political conservatives at such a critical juncture. Nevertheless, Jen’s gracefully athletic style will likely inspire liberal-leaning readers and could persuade readers who are politically undecided.

When Gwen’s baseball coach encourages her before the Olympics, his words ring just as true for a novel that could have been conceived three days ago instead of three years: “You are the one. No one could have predicted you, and now no one can predict what you’ll do. This is the moment. Go.”