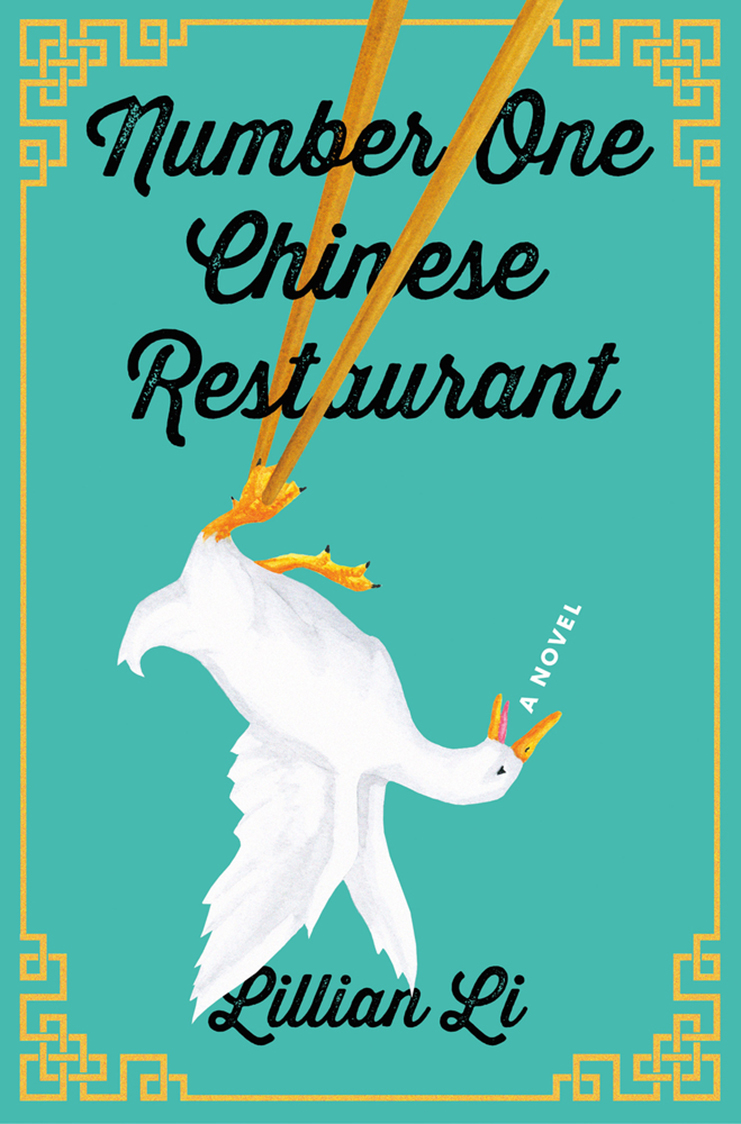 The novel Number One Chinese Restaurant tells a dramatic story about the dynamic of a family-run restaurant and the complex relationships among the many characters that make up the family and restaurant staff.  Author Lillian Li has artfully created a story about those characters’ lives and the way they adapt and change following a tragic event that may impact the future of the restaurant. It is mainly centered around the story of Jimmy Han, one of two brothers who co-own the Beijing Duck House following their father’s passing, and two restaurant staff, Ah Jack and Nan. Jimmy has long harbored dreams of opening a more modern, new restaurant of his own.  Ah Jack and Nan, close friends of 30 years, are now considering taking a new step in their relationship.

Lilian Li has written a narrative which quickly draws the reader into an engaging plot in which we gradually learn more about the lives, values and motives of each of the characters. Number One Chinese Restaurant has an element of suspense as the story of what happened to the Duck House unfolds, and as the fate of the old and new restaurants, and the changing lives of their staff develop.

The most compelling part of Li’s writing is the way she presents the strengths and flaws of each of the characters. She paints a picture of her characters’ behavior and motives which is at times dark and sobering, as many harbor animosities, keep secrets, and judge one another harshly at times. Li is skilled at portraying them in depth, and without sugar coating or idealizing anything or anyone. She also helps us to ultimately better understand why characters behave as they do. Separate chapters are devoted to the perspectives of individual characters, where we learn of their hopes and desires, and their fears and shortcomings. Within those chapters, many characters show an introspective side which allows us to understand more about them than the judgments and opinions of other characters would allow us to understand.

Much of the plot centers around Jimmy’s ambitious and ego-driven nature as he strives to open a modern new restaurant that is separate from his family restaurant, which he feels some disdain for due to its old-fashioned style. He chooses to value his ambitions over the well-being of family and other staff of the Duck House, and the repercussions are deeply felt by all. Li shows us how this kind of greed and ambition can ultimately lead to disaster, initially unforeseen by Jimmy.

Li observantly portrays an array of relationships amongst the characters, from the nuances of the family dynamic, to changing romantic relationships and shifting loyalties. As we learn of grandmother Feng Fei’s attitudes towards her sons, we see the differences between generations in terms of attitudes towards the family business, tradition and money. We learn of the fragile and fraught yet ultimately loving parent-child relationships between both Nan and Pat and Jimmy’s brother Johnny and his son Annie.  Ah Jack and Nan’s romance and friendship is one of the most interesting relationships in the novel. They make each other happy over time even as they are both afraid to embark on a more serious relationship.

I found myself wishing that we had more backstory on the beginnings of the Beijing Duck House and the history of the family. Li could have gone into more depth on how certain characters became who they are at the outset of the story. It would have been interesting to know more about how grandfather Bobby Han founded the Beijing Duck House and what it was like when he ran it. We do not learn of grandmother Feng Fei’s feelings about her life and her sons’ choices until later in the novel, and less space is given to the chapters dedicated to her story. Uncle Pan, an advisor to the Duck House and friend of Feng Fei, is one of the most hurtful and secretive characters in the novel, but we learn little about why he behaves as he does.

Number One Chinese Restaurant provides a behind the scenes look at the drama involved in running and working at The Beijing Duck House. It is not the ideal book to read if you are looking for all lovable and perfect characters. However, if you enjoy a book which describes a wide range of different types of personalities, sometimes making mistakes or judging one another, but always trying their best to make a good life for themselves, then you will enjoy this novel.  Li has artfully described the dynamic of the Beijing Duck House and its staff, and a family grappling with unforeseen and difficult changes in work and in life.