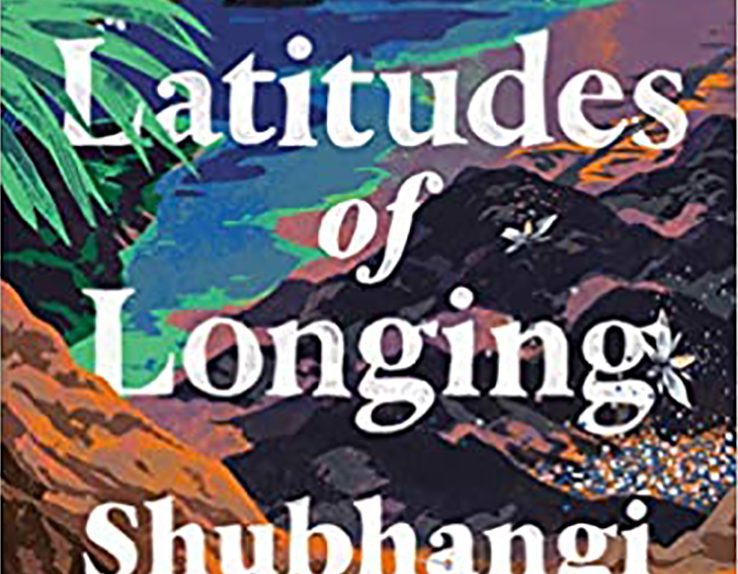 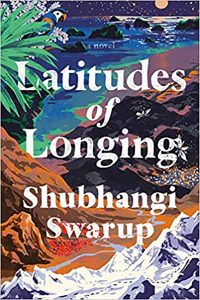 Shubhangi Swarup is a Mumbai-based writer whose debut novel Latitudes of Longing has won her accolades including the Tata Literature Live prize. The novel is divided into four loosely connected sections: Islands, Faultline, Valley, and Snow Desert. Each section follows closely the lives and loves of a pair of characters whose stories stretch expansively across time conceived here as both the span of human lives and geological time. Similarly, the novels stretch across South Asia from the Andaman Islands just after Indian independence in 1947 through Burma, Nepal, and the glacial regions that border India and Pakistan. Interspersed are magical realist elements with ghosts and visions.

The opening narrative is perhaps the most compelling one with a young couple, Girija and Chanda, beginning their married life in the Andamans, which have newly become part of independent India. An Oxford trained scientist, Girija, is constantly amazed by his wife’s ability to commune with trees and animals that gives her intuitive knowledge of the landscape, flora, and fauna that overshadow his formal education. They live in a sparsely populated area in the company of ghosts who include a British colonial administrator and an imprisoned poet.

The novel offers charming insights into the awkward courtship of the newlyweds and invokes deep sorrow for them as she miscarries her firstborn and then dies in childbirth after the birth of her daughter. The next story is that of their maid, Mary, a Karen woman from Burma who becomes a part of their lives when she flees her abusive marriage and abandons her son to his paternal relatives.

We follow Mary as she returns to Burma to be reunited with her son, now called Plato, who is a political prisoner tortured by the junta. The third section focuses on Thapa, a Nepali smuggler who is Plato’s friend and who had helped bring mother and son together. Plato’s story focuses on his obsession with a stripper in a Kathmandu club who is young enough to be his granddaughter. The final section is a love story of an octogenarian couple living in the icy borderlands of India and Pakistan in the shadow of the Karakoram range. The connections between these four narratives emerge either because a minor character in one (Mary, Thapa) becomes the focus of another story or when a character from one story pops up briefly in another (Girija’s ghost in the final narrative).

Intense and deep as these different love stories are, they are dwarfed by the narrative of the earth and its history whose scale and scope far outstrip that of human existence. So when Rana, Girija’s grandson, an army scientist falls into a crevasse in the glacier, he sees human history embedded in the layers of ice: “Rana could see hints of ash from Vesuvius and Krakatoa, asteroidal debris, and undiscovered fossils from the various mass extinctions, all impeccably preserved like fond memories.”

Apo the octogenarian who can predict earthquakes tells Rana, the army scientist, that there is no way that soldiers no matter their nationality will be safe on the mountain because the mountains will win and geological change will outlast humans: “When human bloodshed seeps into the cracks of the land, the earth’s scabs and wounds cannot heal…Your violence and your wars are like gangrene to the earth’s flesh. You possess gadgets that can take you to the moon, yet you are blind to the mountains and rivers right in front of you.”

While Apo’s point sums up Swarup’s sense of human history and geologic time, the narrative leaves us with a sense of human futility. Violence and turbulence are transitory if they do not matter in geologic time; love, however, endures as people live and die and ghosts traverse the universe free to pursue their dreams and passions.

Swarup’s narrative has a mythic sweep and is filled with lush descriptions of landscapes. Sometimes the excess of sensory detail can be cloying and at others sheer poetry. Her characters are compelling although the stories themselves seldom offer resolution to the challenges they face. Plato endures untold pain as a tortured prisoner and then disappears into India and fades from the story. Not all the stories grab the reader consistently; some editing for pace and trimming of detail might have helped.

Swarup’s novel is well worth reading for its descriptions of landscape and for its ability to insist that we consider time beyond our particular lived experiences.