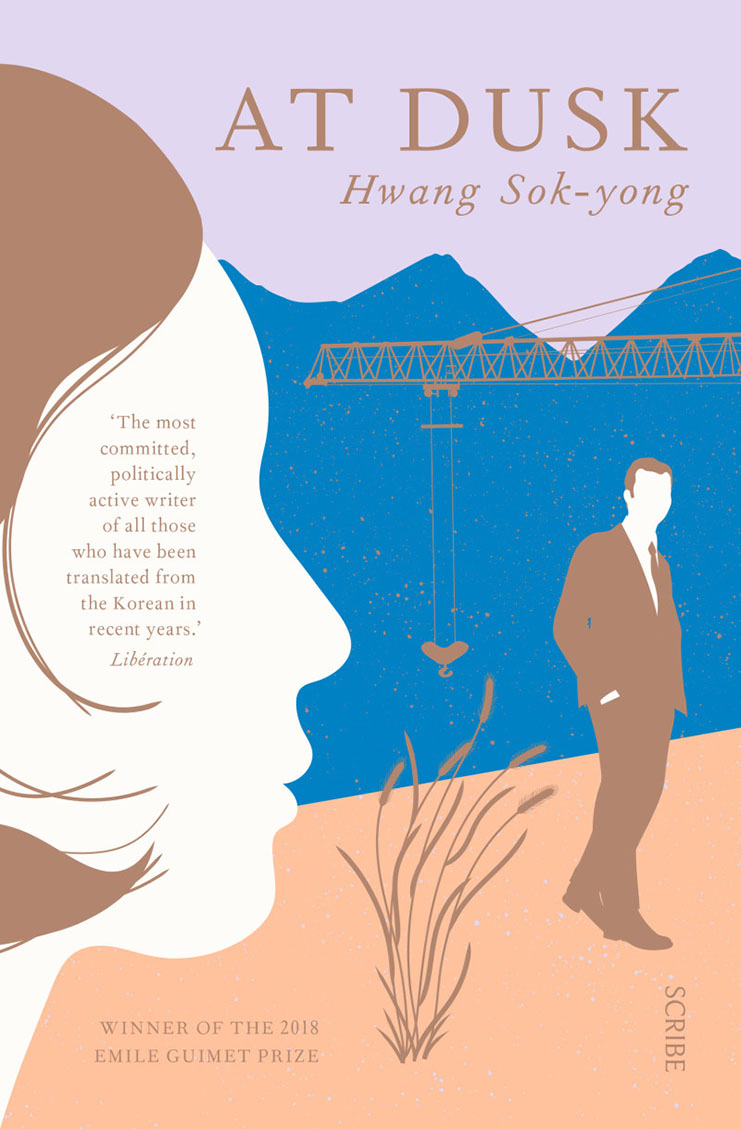 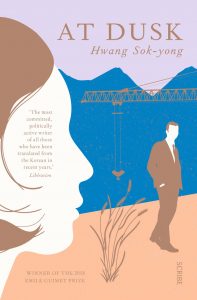 In his recent novel At Dusk, celebrated author Hwang Sok-yong explores the human toll of South Korea’s rapid modernization. His story provides a glimpse into the lives of two Seoul-ites: Park Minwoo, a prominent architect, and Jung Woohee, a struggling playwright. Through the lens of Seoul’s urban housing and architecture, he traces the development of South Korean modernization and highlights the extremes to which its citizens are pushed, challenging readers in the process to reexamine if the nation’s transformation can truly be considered successful.

An unexpected text message from the wife of a childhood friend spurs Minwoo to recall his childhood – the woods and concrete embankment in which he played and the circumstances that, like for so many other Korean families in the 1970s, motivated a midnight flight to Seoul. Once in the capital, Minwoo’s family struggles to make a modest living in the slums that outline the city. Moon Hollow, where his family eventually sets up shop, is a scene of daily violence and poverty, a neighborhood that produces only two high school-attending students: Minwoo and Cha Soona.

Surrounded by destitution, Minwoo steels himself to escape. In this he is successful, going on to gain admission to a prestigious university and to become an architect, the kind of which is later responsible for the “redevelopment” of communities like Moon Hollow. By most measures, Minwoo has thus lived a successful life.

Across Seoul, Woohee spends her days in the theater overseeing productions, writing scripts, all while attempting to chase her dreams. To keep financially afloat, she spends her nights working the graveyard shift of a convenience store before returning to her damp, basement apartment for a few hours of rest. Her life is marked by isolation and hardship, not untypical of a young person in Seoul, we are led to believe. Though her generation should be reaping the benefit of the work done by Minwoo’s, her surroundings are perhaps not much better than those in Moon Hollow.

Now in the twilight of his career, Minwoo receives an unexpected message from Cha Soona, a woman who he once loved and turned his back on. Nonetheless, Soona begins to send him long emails relating her life in the interim, prompting Minwoo to reexamine his career and the role he has played in a society that despite boasting impressive economic accomplishments is also marred by corruption and scandal. After leaving Moon Hollow, Minwoo has lived solely to enrich himself. Explaining his reluctance to even involve himself in the student movements of the 1980s, he says, “I sympathized with those who were fighting social injustices, but at the same time … I was able to forgive myself for not getting involved. Over time this turned into a kind of habitual resignation, and it became second nature for me to regard everything around me with an air of cool indifference.”

Architecture is not only the profession of Minwoo but a metaphor for the dreams and destruction wrought on Korea in its chase for modernity. As Minwoo’s friend, Kiyoung, describes, “Architecture is not the destruction of memory, it is the delicate restructuring of people’s lives on top of a sketch of those memories.”

Architecture is a marker of progress, a reflection of a people and their values. It can serve to bring family, friends and neighbors together but also to drive them apart and destroy their community, as Minwoo does in clearing slums for new more modern developments. In other words, in the race to improve society, architects have provided the visual blueprint for the new society while also hastening its destruction.

While seemingly unrelated, Hwang brilliantly weaves together the narratives of Minwoo and Woohee to show how choices of yesterday reverberate through the present and have the power to prescribe the future. The corruption of the elite – of which Minwoo is a member – affects not only the highest echelon of society but the lowliest slum dwellers. The past can be torn down and reconstructed again and again, but does the end justify the means?