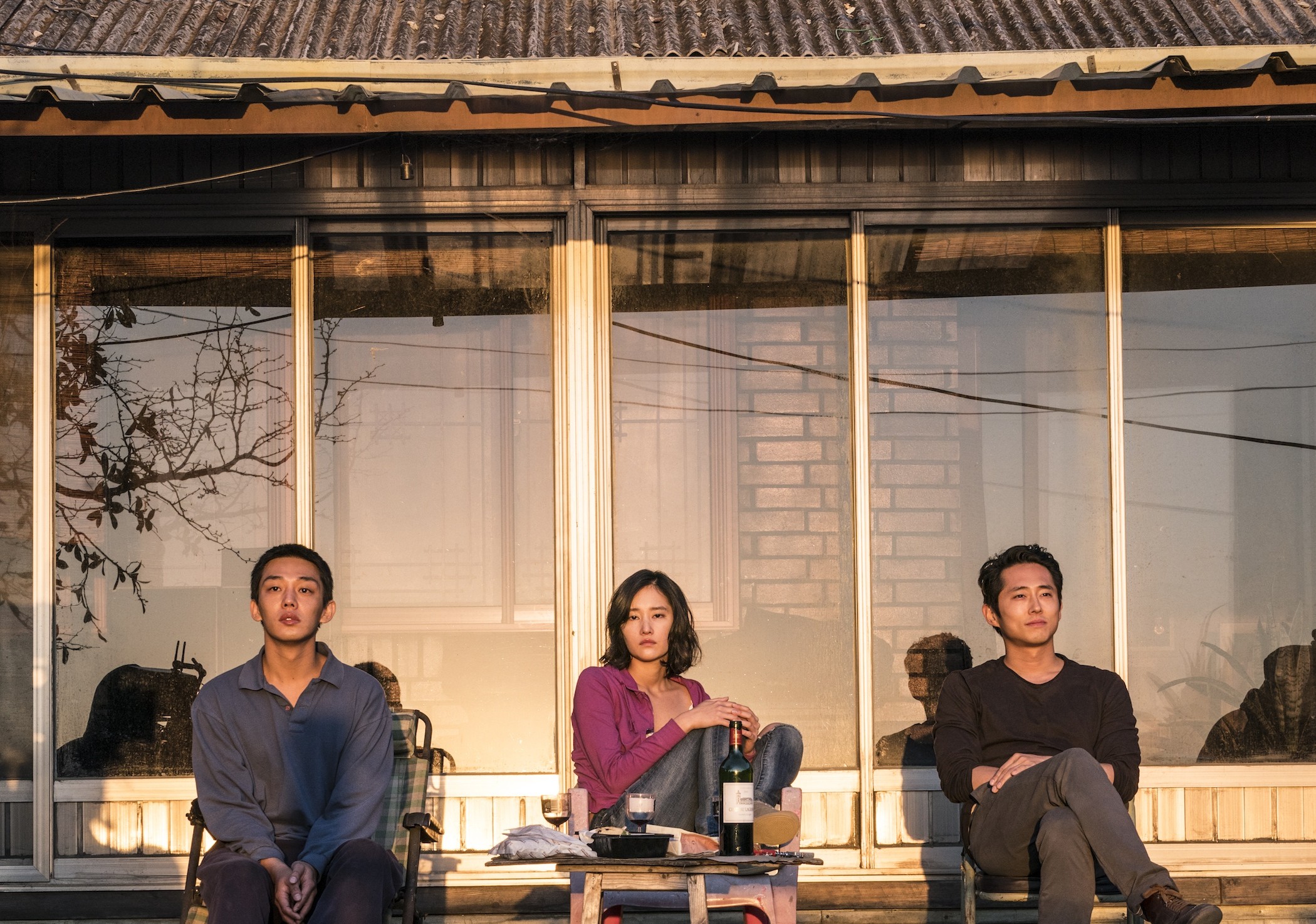 Seattle’s Northwest Film Forum is ringing in the winter holidays this month with two engaging and thought-provoking movies from Korea and China that will undoubtedly leave audience members itching and craving a discussion surrounding the themes and content they had just watched, making NWFF the perfect location to have these screenings.

First in this repertoire is Burning, the latest movie from South Korean director Chang-dong Lee, whose movies Poetry and Secret Sunshine have received accolades and have won numerous awards at film festivals. Not to be outdone by its predecessors, Burning has won the FIPRESCI Award, which is given to films deemed to be enterprising by a group of professional film critics and journalists, at the Cannes Film Festival this year. It is a mystery drama loosely based on a short story written by Haruki Murakami called “Barn Burning.” Steven Yeun of “Walking Dead” fame also stars in the film. It is Korea’s selection for Best Film in the 91st Academy Awards.

Second is People’s Republic of Desire, a documentary from former technology executive Hao Wu. Having held management positions in major companies such as Alibaba and TripAdvisor, Wu was in an apt position to observe firsthand the live-streaming boom building up in China before its explosive growth around 2016. Although live streaming existed in the U.S. years before its introduction in China around 2015, China has turned it into an extremely profitable business model through the use of social media platforms, successfully pandering to the needs and demands of its public. As the internet becomes available to all walks of life, live-streaming culture has affected people of all social classes, tapping into their desire for wealth, status and happiness. People’s Republic is the Grand Jury Winner at both South by Southwest (SXSW) and the Los Angeles Asian Pacific Film Festival.

Although both tell immensely different stories, one can argue the underlying theme in both is the effect rapid societal change has on marginalized groups of people.
Is it for better or worse?

That’s for you to decide.

Burning
Director Chang-dong Lee and writer Jung-mi Lee ingeniously use the basic structure given in Murakami’s “Barn Burning” to flesh out a story that reflects one of South Korea’s current social problems: High unemployment among college graduates and twenty-somethings, and the feelings of desperation, hopelessness and rage that result from it.

The idea of burning represents different things for each of its three main characters. There is Haemi, who seems to be on a search for meaning in her debt-ridden, friendless and lonely existence as she obsesses over the Bushmen concepts of Great Hunger and Little Hunger. Little hunger, she explains, is someone who is literally hungry, while Great Hunger is someone who searches for the meaning of life. She was moved to tears, she says, when she watched the burning colors of a sunset in Africa and thought, “I must be at the end of the world. I want to vanish, just like that sunset. Dying is too scary…but I want to just vanish like I never exist.”

For Jongsu, it is anger, a trait that is inherent in his father. It is hard to discern whether Jongsu has any anger, much less any emotion, as he is successful in retaining whatever feelings he has to himself. Perhaps this is why he is socially awkward. Nothing seems to be going right in Jongsu’s life either. Although he is a college graduate and strives to become a novelist, he has failed to maintain a stable lifestyle, a prized state of existence in Korean society that points to success, and has a series of part-time delivery jobs as his source of income. His father, who faces serious legal charges, cannot maintain his small livestock property close to the North Korean border, so Jongsu needs to take over his responsibilities. His mother also abandoned him when he was a child, a memory that was seared into him since his father, in a fit of rage, made him burn all of his mother’s clothing.

For the ever mysterious Ben, played by Steven Yeun, it is ecstasy. As the movie progresses, it becomes quite clear that Ben is so affluent, he is bored. The source of his wealth is a mystery as his profession remains unclear throughout the movie. He reveals to Jongsu that his hobby is burning abandoned plastic greenhouses prevalent in Korea’s countryside. “It’s like they’re all waiting for me to burn them down. And as I watch them burn to the ground, I feel ecstatic. Then I feel a bass sound right here,” he says, as he pats his heart. “A bass that rings to the very bones.”

As Jongsu gets to know Ben better, he becomes more concerned about his childhood friend Haemi’s well-being as he becomes suspicious of Ben’s ulterior motives for dating her. When Haemi suddenly vanishes without a trace, he can’t help but suspect something sinister behind Ben’s smooth-talking and laid back façade. This is where the mystery kicks in. Knowing what the audience knows about the characters, one can’t help but wonder, “Did Haemi succeed in accomplishing what she wished for in Africa? Or is Ben a pathological serial killer?”

People’s Republic of Desire
Hao Wu’s documentary explores and examines the fascinating world of live-streaming in China through a popular social media platform called YY, which is publicly traded on NASDAQ and well worth over $8 billion. Around 422 million people in China watch live-streaming shows that can be about practically anything: Eating, beauty, fashion, singing, shopping, gaming or even just talking. People are clamoring to become the next online celebrity, who can earn as much as $20,000-$200,000 per month, by becoming a successful live-streaming host.

How does this system work? It is intricate and complex, but Wu does an incredible job breaking it down through the use of 3-D animation, multiple media sources, and explanations from key people who are involved in the live-streaming community. The 3-D animations, in particular, help audiences experience, observe, and understand the craziness and excitement of a show happening in real time.

The world of live-streaming has several players involved aside from the hosts. There are the “diaosi,” young people who have little money and have little prospect for a stable future; the “tuhao,” the rich patrons or nouveau riche who spend, in some cases, $1,000,000 on hosts; and the big bosses, owners of online talent agencies.

The live-streaming world on YY basically works like this: Online talent agencies promote hosts they sign on. Fans of hosts can purchase digital gifts, such as lollipops and rings, that are later converted into money. Once hosts earn money, the online talent agency can get a 20 percent cut from the hosts’ total earnings.

As Wu examines the players, it is fascinating to see their purpose for being involved in the live-streaming community. They all seek something they cannot get from their real lives, and it is interesting to see what sort of pleasure they derive from the experience to keep them in the game. For hosts, it is instant fame and money; for the tuhao, it might be the praise and following they get from the diaosi, or the sense of leadership and importance they feel they have attained; for the diaosi, it is the chance to escape from the difficult and constrained realities of their own lives and to get entertained watching people burning wealth they could never hope to achieve.

People’s Republic of Desire is an engrossing social science study on societal change driven by the rise of internet culture and can be seen as a warning for people in countries with less technological prowess, like the U.S., of what is to come in the future.