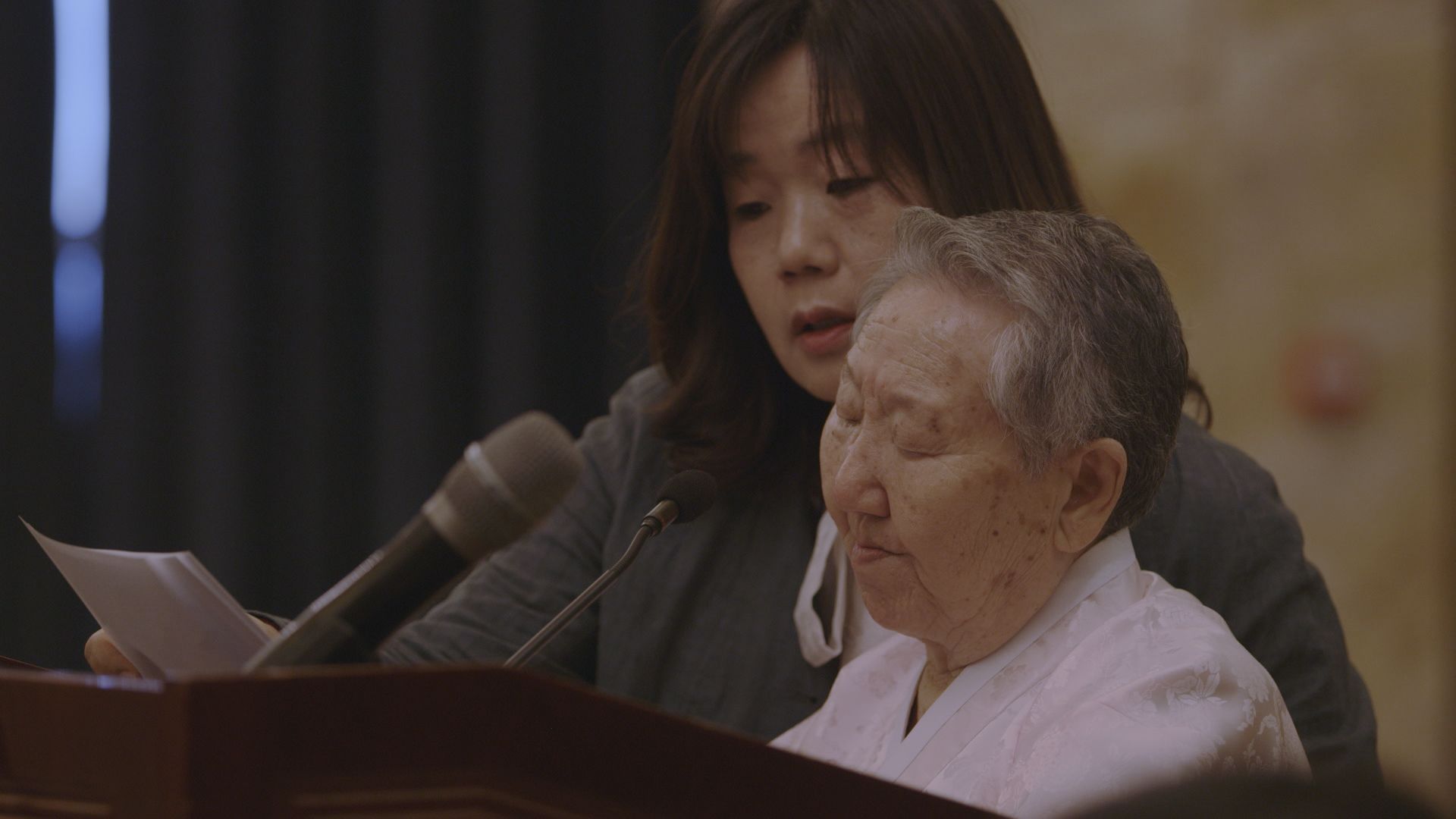 Award-winning documentary film The Apology directed by Tiffany Hsiung will be screened at Northwest Film Forum at 2:00 PM on Saturday, December 8th, followed by an expert panel. This event is free and open to the public.

The film, which aired on PBS in October, follows the lives of three survivors — from Korea, China, and the Philippines — of the WWII-era Japanese military sexual slavery/enforced prostitution known as the “comfort women” system. See the International Examiner’s review of it this film.

“Comfort women” are estimated 50,000 to 200,000 women who were forced to provide sexual service for members of the Imperial Japanese armed forces between 1932 and 1945. Women from Japan, Korea, China, and across the rest of Asia-Pacific were recruited through various means — from debt bondage to deception to outright conscription or kidnapping–but almost all of them are considered victims of human trafficking in today’s standards.