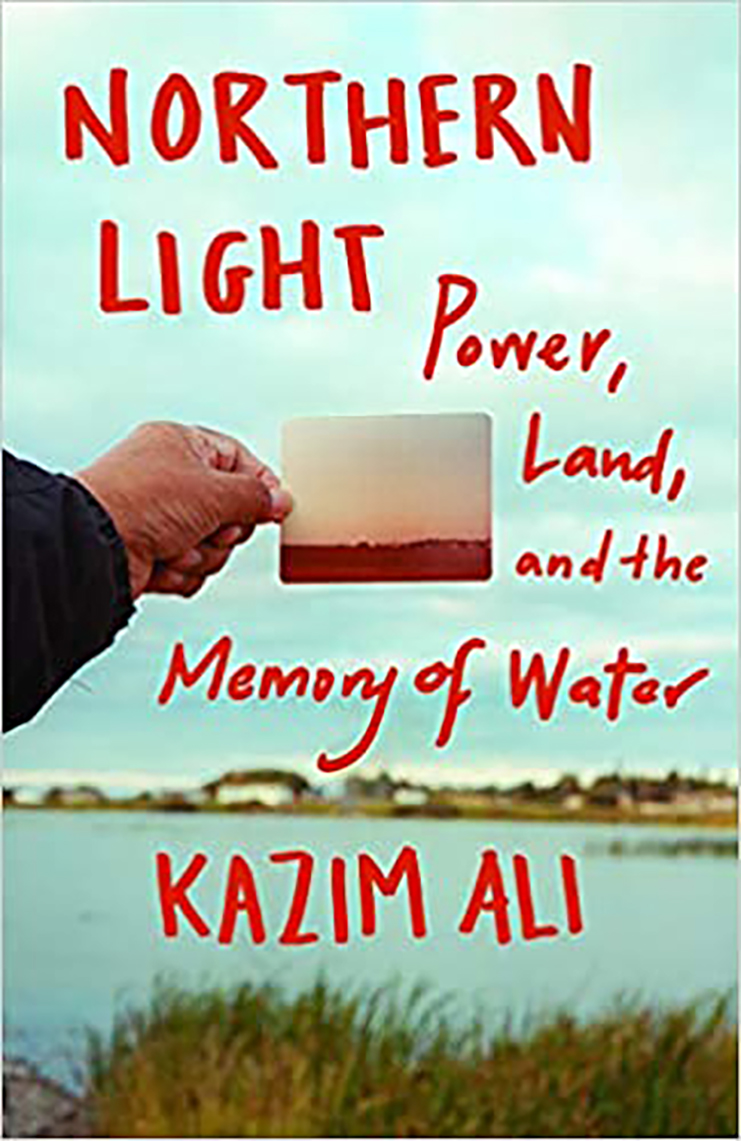 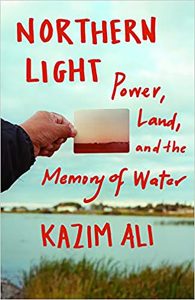 Kazim Ali has published several volumes of poetry, novels and essay collections, and Northern Light is a memoir that reflects deeply on home, belonging, and the relationship between immigrants and indigenous peoples. His narrative is moving and eloquent and demonstrates humility and openness as he examines his childhood in Manitoba as the child of an engineer on a hydro-electric project that wrought significant damage on indigenous lands, peoples and cultures in the name of development and progress.

Ali writes about his family’s history of displacement and migration from Vellore in Southern India to Pakistan and eventually to Canada and the United States. Ali was living in Ohio while enduring a polar vortex one winter when his thoughts took him back to his childhood in Jenpeg, a small town in the upper reaches of Manitoba, where his was the only family of color. The town grew around a dam project on the Nelson river and Ali Googles the town to see what remains of the town and the dam. He discovers that the town does not exist and that Manitoba Hydro was evicted from the land.

His curiosity triggered, Ali embarks on online research which leads him to make connections with the Pimicikamak on whose unceded land the Canadian government built the dam. As he continues his research on Cross Lake since Jenpeg did not exist, he discovers news stories about youth suicides—six youth had died the previous year and another 140 had attempted suicide in a town of 6,000 people. Alarmed by the data, Ali learned about the actions of the elders to heal the community. This research and desire to understand this data on suicide leads to a planned trip upon the invitation of the local Chief to visit Pimicikamak.

Ali visits Cross Lake and is welcomed by the Pimicikamak who understand his quest for the past and supports him on his journey of discovery. He visits what used to be Jenpeg and meets many people who share their stories of the place. The narrative emphasizes openness—Ali, a vegan, begins eating meat once again to show his appreciation of the people and their hospitality. In a deeply moving moment, Ali meets a young man named Conley who having recognized Ali as queer says that the Cree respect Two Spirited people “because they are not empty, they are full—they have both the masculine and the feminine in them.”

Ali takes readers on a journey with him as we learn about the history of settler colonialism in Canada and the brutal and systematic violence against indigenous/aboriginal people through forced adoptions, educational policies, and land usurpation. We also experience the beauty of the landscape and come to learn of the different ways in which the Pimicikamak have fought the Canadian government and are seeking to rebuild their language and culture through their schools.

Intertwined with this narrative of discovery in Cross Lake are memories of Ali’s childhood in Canada. We learn of his extended family who migrated over time to Canada and lived within a few blocks of each other in Winnipeg. Ali’s family’s transnational life—U.K., Pakistan, India, Canada, the US—leave him unsettled and seeking home. His return to Cross Lake unexpectedly connects him to a place, which had been key to his emotional and intellectual development. At the airport, just before he leaves, his host, Chief Merrick tells him “ We are a part of you now. You left a part of yourself with us, remember? We will always have a place for you here.”

Ali’s narrative is remarkable for its exploration of the relationship between immigrants, settlers, and aboriginal/indigenous people. South Asian American writers needs to contend with the complex relationship between their lives as immigrants and their role in the settler-colonial project of the countries to which they migrate. Ali’s memoir, one of the first to grapple with this relationship, offers us a deeply personal yet intensely political examination of that complicated dynamic.

Kazim Ali reads on March 11 from Northern Light: Power, Land, and the Memory of Water with Danielle Geller, Dogflowers (One World/RH) via Elliott Bay virtual.