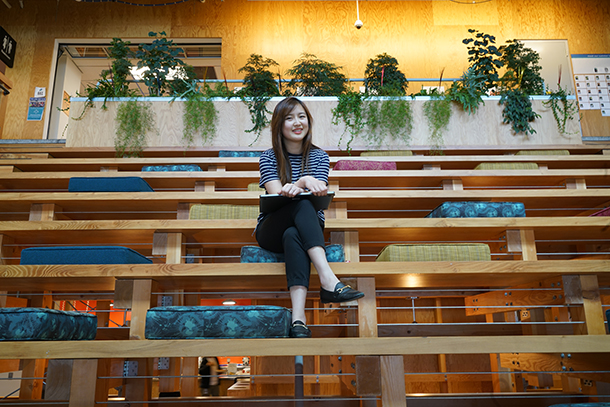 Isabel Su was working as an environmental engineer in New Jersey when she realized her current career path was not providing her with the challenge she desired. She didn’t like the repetitive nature of the work and knew there would not be much space for her to grow in the industry. Su had always liked using math and logic and had long been drawn to the algorithmic problem solving intrinsic to the computer science field.

The dynamic tech economy and growing opportunities were what she found most attractive about the technology industry. But she was concerned about her ability to break into the field with no formal education in computer science. Then she saw an advertisement for the Align Master’s in Computer Science Program at Northeastern University, a top 40-ranked school, based in Boston with graduate campuses in Seattle, San Francisco/Silicon Valley, and Charlotte. Fast forward to today, Su has graduated with her Master’s in Computer Science and is a software engineer at Facebook in Seattle.

Mark Bonicillo, a former marine with a BA in philosophy from Seattle University and an MBA from University of Washington, was similarly drawn to the Align Program as a fast-track to his future. “I wanted more in-depth learning and I was willing to sacrifice the time because I wanted to have a strong foundation in the fundamentals of computer science,” he says.

A different kind of program

Northeastern’s Align Program provides non-computer science majors like these with a direct path to a master’s degree in computer science. Unlike other programs, Align specifically targets students with diverse perspectives and experiences—traits coveted by employers.

Align is different from other computer science programs in a few ways. In addition to being specifically designed for students who haven’t studied computer science previously, it includes real-world work experience (which could be an internship or a six month co-op). During her time in Align, Isabel Su spent time working at Shutterstock in New York, at Amazon, and at Facebook, where she landed a full time job after graduation.

The program is offered entirely at night, allowing students to keep up with their other life commitments. And students go through the first two semesters as a cohort, learning alongside others who are similarly new to the subject material.

The first two semesters of Align are often the most challenging for students as they learn the fundamentals of computer science through intensive “bridge” courses. During this time, students learn how to write code and program in multiple languages. By the end of the bridge, they are prepared to undertake master’s level coursework.

“The lights go on sometime around the middle of the first semester. Some will struggle a bit longer, some will get it earlier,” says Ian Gorton, Director of Computer Science at Northeastern’s Seattle campus. “For some of the Align students it’s kind of a new way of thinking and it just takes time to click.”

Alice Day, an Align student class of 2019, joined the program after majoring in journalism. She says that the problem-solving mindset took time to grasp. “With tech and computer science, the basis of everything is solving a problem, like how do we design something to solve this need?” Day says. Once she grasped this style of thinking, programming came more naturally to her.

Bonicillo credits the bridge classes for his success during his co-op at Amazon. “The professors exposed me to all these foundations and just gaining exposure made me courageous enough to say, ‘Okay I’ve seen this before, now I can figure out how to do it at my internship or at my job,’” he said.

Typically in their third semester, students pursue a a summer internship or a six-month co-op—full-time, paid work experiences. Co-op students are treated as employees and receive competitive compensation. After their work experience, students come back to the program for one more semester of coursework before graduating. More than 30 percent of Align graduates have gone on to full-time employment at the company where they did their co-op or internship. It’s not uncommon for graduates to receive starting salaries upwards of $100,000.

Bridging gaps in the tech world

In addition to students from a wide variety of academic backgrounds, Align is proving attractive to women and people of color—groups that have traditionally been underrepresented in the tech field. This is what drives Northeastern instructor Adrienne Slaughter: “I saw there was such larger percentage of women in the program and I thought that was very exciting and I definitely wanted to be a part of that,” she said.

Slaughter experienced the abysmal gender dynamics in the tech industry firsthand. “There were many uncomfortable moments,” she said, looking back at the years she spent working in tech before becoming a professor. If you wanted to participate and get to know your coworkers, you had to bond at the ping pong table or around the keg. Slaughter had once asked a female boss why there weren’t more older women in tech and was told that “they get to a point where they decide they’re not going to put up with the crap anymore.”

For the incoming class of fall 2018, close to 50% of the students are women, and 15% are Hispanic, latino, African-American, Native American, or Pacific Islander. These demographics stand out when compared with other graduate computer science programs.

The power of tech

The tech sector has boomed over the past couple of decades, and simultaneously the world has shrunk. People can talk to each other across time zones and oceans with the push of a button. Political leaders can be overthrown with tweets. This is the kind of power that tech represents for students like Mark Bonicillo. Referencing sites like GoFundMe and Kickstarter that connect people around causes, he says: “It can really change the world for good. Just the sheer power of it now and how fast we can do it.”

Technology, computer science, and related fields are here to stay—their reach infiltrating every part of society. For many students, this relevance is what drives them.