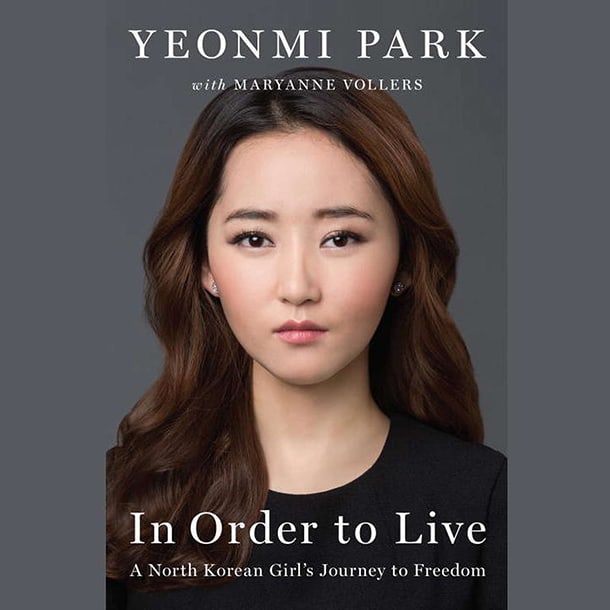 In Every Falling Star by Sungju Lee and Susan McClelland and In Order to Live by Yeonmi Park, two brave North Korean defectors share their stories in memoirs that illustrate the inhumanity of the Kim family regime and its failure to provide basic necessities to its citizens, and the terrible lengths and drastic measures that are taken to escape.

Life was pretty good for Lee, co-author of Every Falling Star, up until his tenth birthday. His father had a prominent government job, so he and his parents lived in relative affluence in Pyongyang, the capital city. One day, upon returning home from tae kwon do practice, his parents inform him that they are taking a trip to the countryside; in reality, as he later learns, his father has been outed by the regime with the punishment of the entire family being sent to live in squalor and poverty. At the time, however, Lee simply believes that the diversion is temporary.

As time passes, his father’s savings dwindle, and the trio reverts to foraging for food while slowly starving, the boy begins to realize that the privileged life he knew is gone forever. Their meager shelter and worn clothing are no match for the harsh winters. Lee’s father eventually leaves with the intention of crossing the border into China, promising to return with gifts and supplies. The excursion was meant to last a week; he never returns. Desperate for food, Lee’s mother makes plans to visit relatives in a nearby town, leaving one night when the boy is asleep. Sadly, child abandonment in the rural parts of the country is not uncommon.

Lee joins up with some boys from the local school, and for the next several years the gang is his family. They steal from markets to survive, get involved in black market trade, and protect each other from rival gangs and prowling officials threatening to send them to forced labor camps. The author’s accounts from this period are purely dystopian—horrifying, even, in detail. En route to a new town to hit, Lee encounters his grandfather by chance in a train station. The elderly doctor has been looking for him ever since the family was relegated from Pyongyang, and has set in motion the expensive and painstaking process of having Lee smuggled across the border.

Painful as it is to leave behind the brotherhood that kept him alive after his parents left, Lee recognizes that his years of living on the run have all but robbed him of his humanity. At age 16 he reaches South Korea, and is reunited with his long-lost father; the two continue to look for his mother, but thus far remain unsuccessful. 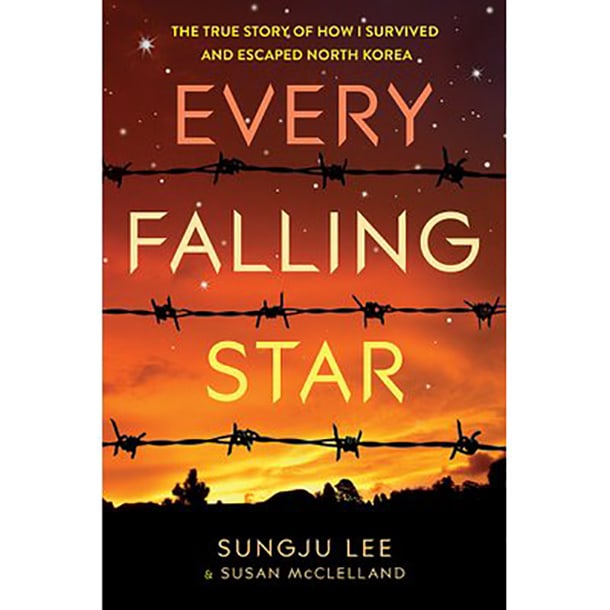 In contrast to Lee’s experience, Yeonmi Park’s family was never able to achieve much prominence due to the rigid class system. Growing up with younger sister Eunmi, the girls have as good a childhood as can be expected. Their father finds success for a time smuggling goods back and forth to China, until he is caught and arrested. Eventually he is returned to the family, but as Park recalls in In Order to Survive, he was never quite the same after.

Desperation sets in on the family, though Eunmi is the first to talk of leaving the country; someone she knows has a connection with a woman who can sneak people across the border. She goes first; Park and her mother follow not long after, despite being unable to confirm Eunmi’s safety and whereabouts. In 20/20 hindsight, Park recognizes the naïveté inherent to being indoctrinated by nothing but propaganda from childhood; at the time, however, none of the women have any idea that they are merely exchanging one version of hell for another—human traffickers await them on the other side of the border, not freedom.

As awful as Lee’s ordeal is, Park’s memoir, specifically the time she spent in China before safely reaching South Korea, speaks to a set of experiences, struggles, and fears that men hardly ever encounter. Immediately upon reaching Chinese soil, the trafficker demands Park. Her mother sacrifices herself for her daughter; the man rapes her, out of sight but within earshot of Park. This becomes their reality, and that for many North Korean women—being passed off from broker to broker, exchanged and sexually assaulted, until ultimately being sold to a local Chinese man in search of a wife. The resulting marriages are often abusive.

Park’s mother is sold to a rural family, but Park evades that fate by making herself into an invaluable assistant to the lead trafficker in the area. With his help, they are eventually able to “buy” back her mother, and even bring her father over, though he succumbs to cancer not long after. Like the other women who chose the same escape route to China, Park and her mother are unable to get good jobs because of their undocumented status. Chinese officials are unsympathetic, and deport defectors so as not to disrupt political relations with North Korea.

Having made some money through being camera girls, mother and daughter decide to journey to Mongolia with the help of a Christian missionary group. Theirs is one of the last envoys to go before the operation gets shut down. After days of spiritual preparation, the group is dropped off in the Gobi desert, left to trek the rest of the way across the border with minimal supplies. Despite the odds, the group reaches Mongolia and are held at a facility in Ulaanbaatar before deportation to South Korea. Once there, the difficult process of assimilation begins.

Although Lee and Park’s experiences both within and beyond North Korea differ, their stories represent adjacent facets of the same prism. Even as the reality of the state they were raised to love crumbles before their very eyes, cognitive dissonance prevails. On the one hand, they still believe that the Kims are godlike, but on the other they cannot ignore the suffering that the propaganda refuses to address. Furthermore, in the north, negative views of South Korea and reinforced at every turn. Would-be defectors are taught that they will be imprisoned, tortured, and worse, though the reality could not be more different. As the number of defectors grows, the South Korean government has developed an infrastructure to ease them into society.

Grim and searing as these memoirs are, they also share the common threads of love, hope, and family, creating stories that are ultimately uplifting and inspirational. Against all odds, Lee reunites with his father; Park and her mother with Eunmi. Another sobering fact is that, even with government assistance, a large achievement gap persists between defectors and locals. Yet both authors have defied all expectation, going on to successes in higher education (despite testing well below grade level upon arrival in South Korea) and honing their political voices to become prominent public speakers and advocates.

In the face of a roiling world political climate, Every Falling Star and In Order to Survive are more than worthy of being shared, not just because of their storytelling merit but also to inspire readers to effect change in their everyday lives.