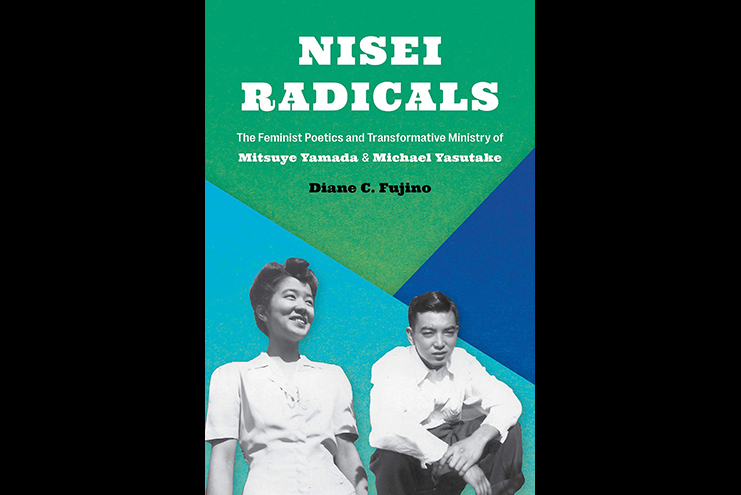 “Nisei” is a Japanese word referring to second-generation Japanese Americans. The Nisei generation is generally thought of as a quiet generation that largely remained silent after their unjust incarceration in Internment Camps during WWII. However, as the title indicates, siblings Yasutake and Yamada were far from quiet.

Author Diane C. Fujino, professor of Asian American studies at University of California, Santa Barbara, can testify to their character first-hand. As noted in the book, Fujino knew the siblings personally for 25 years and had the opportunity to work alongside them. This personal connection allows Fujino to be self-aware in the telling of their stories, drawing on both research and personal experience to create fully-fleshed characters.

After refusing to serve in the military during WWII, Yasutake became an Episcopal minister and took his teachings across the country. He supported political prisoners and anti-imperial movements, straying from traditional Christian teachings to beliefs Fujino compares to those of Martin Luther King Jr. Yasutake’s teachings emphasized “a social concern for the poor and freedom for the oppressed”.

Yamada followed her own path as a poet and activist, influenced first by White feminist literature before finding her passion in Third World literary feminism of multicultural women. Fujino emphasizes Yamada’s poetry throughout the book, often leaning on Yamada’s rich words to give meaning to history. Yamada is the author of three books of poetry, publishing Camp Notes in 1976 as the first Japanese American woman’s book of poetry about Japanese incarceration. She published her most recent book, Full Circle, in 2019 at the age of 96.

Fujino expertly stitches together stories, history, and poetry to create a text that is both informative and inspirational. By telling the siblings’ separate journeys of advocacy together, the reader digests the full scope of Asian American activism throughout decades. Although dense with historical context and events, Fujino guides the reader through with the interesting lives of Yasutake and Yamada.

Nisei Radicals is an important addition to Asian American history texts and creates likable heroes out of Yasutake and Yamada. The book reminds of the racism aimed towards Asian American communities in the past that continues to terrorize society now. However, the story also shows how the actions of two individuals can create positive and lasting change.

Stolen and scrapped, Seattle’s Arboretum gates are back

Local luminaries light up the night at Legendary Children, a QTBIPOC celebration