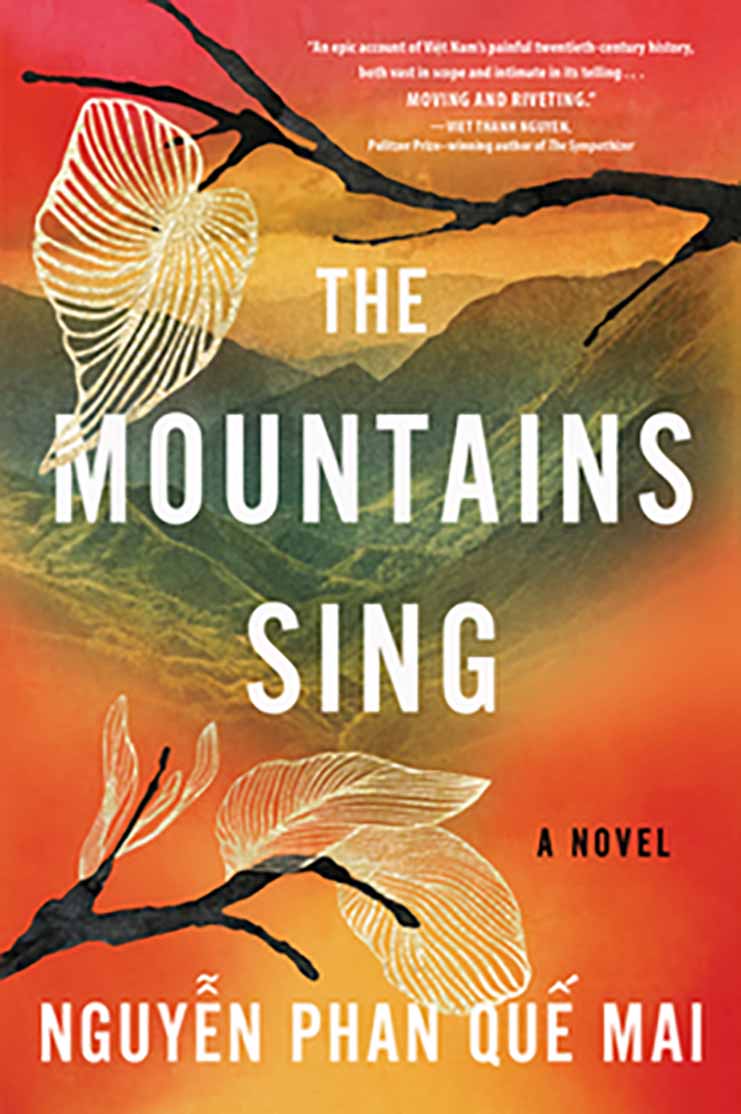 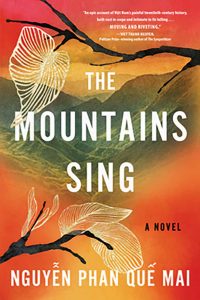 Nguyễn Phan Quế Mai was born in a small village in northern Vietnam in 1973. When she was six, her family migrated to the Mekong Delta. In 1993, due to her academic achievement, she received a scholarship from the Australian government to study in that country for four years. Upon her return to Vietnam she worked with international organizations to foster her country’s sustainable income. Her main research area is the long lasting impact of wars. She has worked extensively with veterans and war victims. She received many awards including the Poetry of the Year 2010 Award from the Ha Noi Writers Association. She is the author of All The Secrets of Hoa Sen, a book of poetry translated by her and Bruce Wiegl from Vietnamese into English and a forthcoming children’s book entitled Earth Cakes, Sky Cakes.

Her latest book The Mountains Sing is her first novel and the first book she has written entirely in English. She currently lives in Jakarta with her family.

IE: You’re an award-winning poet.  What inspired you to write your debut novel, The Mountains Sing?

Nguyễn Phan Quế Mai: Many of my poems have told stories about Vietnam, its history and people. But I wanted to write a larger story that presents a more comprehensive take on our complex history and the reasons why the Vietnamese people remain so divided until today.

Then one day in 2012, while living in Manila, the Philippines, I asked a Vietnamese friend how it was for him during the war and he told me about the American bombings in Hanoi in 1972. He was living with his grandmother then and the bombings were so horrific that many years after the war, when he was a grown man and boarded an airplane for a business trip, he found himself screaming when the airplane’s engine started. The airplane’s noise brought him right back to the American bombings.

My friend told me that he had been so afraid of dying from the bombs and his grandmother was the one who kept him alive. To comfort him, she had said: “We will only die if Buddha lets us died.” My friend’s story moved me so much therefore that evening, after I had cooked dinner and put my two kids to bed, I sat down at my writing desk. I imagined myself a little girl, trying to survive in Hanoi, together with my grandma during the war. The story came to me then, quickly. I wrote 2,000 words that night and those words would eventually become the first chapter of The Mountains Sing.

IE: The Mountains Sing takes place in Vietnam.  We primarily know the American experience through media, films and literature. We think less of the effect on civilian populations.  Your work addresses the Vietnamese experience with wars and colonization over generations and focuses on a family’s journey. Would you elaborate on the approach with your novel?

Quế Mai: The Mountains Sing presents to readers the Vietnam I know and love: a country with a long, turbulent history, rich cultural heritage, and people who love our peace and our families. We are different from any nationality but we are also similar. We love to eat and sing and dance, similar to any other human being in this world.

Currently, as our world faces many imminent wars and conflicts, this novel highlights the human costs of wars and armed conflicts. Wars kill not just soldiers but destroy families, societies, cultures, landscapes for generations to come. Wars are not games for us to play; they should be avoided at all costs.

IE: You were very young during the Vietnam War. The Mountain Sings seems, in part, based on actual memories and experiences.  You must have done a great deal of research. How did such research shape your story, characters and thinking about the war?

Quế Mai: I was born into the war in 1973, and grew up witnessing the war’s devastation. My village in Northern Vietnam was basically empty of young men since they had gone to war. Gradually they trickled back but those did come back were no longer whole: if they had not lost a body part, they’d lost a part of their soul. As young as I was, I still remember the many mothers who stood on our village dike every afternoon for many hours, hoping for the return of their loved ones.

When I was six years old, poverty drove my family out of our ancestor village and into the unfamiliar world of South Vietnam. I grew up Bạc Liêu, a small town in the Mekong Delta. There, I continued to witness the destruction of the war first hand. One day, on the way to school, I saw a mother who had committed suicide by hanging herself on a tree branch because her two sons had not come back from the war. My new neighborhood, too, did not have many men: many had died or those who survived had been put into re-education camps, since they had fought against the Northern Vietnamese Army, alongside Americans. I did not dare to become very close to my classmates since some of them would just disappear without any word: whispers would say that they had become boat people, entrusting their lives to the vast ocean in search of a better life elsewhere.

I could not have written this novel without having experienced the war’s destructive impact in both North and South Vietnam and without listening to stories from people who fought on different sides of the war. Experiences of my own family have inspired some characters and scenes in my novel but this story is largely fictional because it has incorporated the stories of so many who had shared me with their personal experiences.

IE: As part of your book launch in Seattle, you will have a conversation with the best-selling novelist Karl Marlantes. Tell us a little of what to expect at your event.

Quế Mai: I have read the work of Karl Marlantes over the years. He was as a Marine in Vietnam and experienced the war first-hand. What I love about his books Matterhorn: A Novel of the Vietnam War and What It is Like to Go To War is that he depicted the war’s brutality with such honesty and frankness that I always had such a deep respect for him. His recent novel, Deep River, confirms that he is a fine and compassionate writer who is an expert in world history. I did not know Karl personally.

It was Lynn Novick, one of the Vietnam War documentary’s directors who sent Karl an advance reading copy of my novel. He gave it such a moving blurb that I gathered the courage and asked him to be my conversation partner in Seattle. Karl and I are really looking forward to our conversation, which will center on The Mountains Sing. Our discussion will answer readers’ questions about my book, my journey as a writer, what it took for me to pen this epic novel about Vietnamese history in English – which is my second language, and much more.