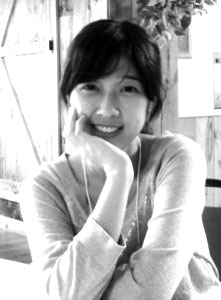 It was Lu Lingzi’s dream to study in the U.S. The 23-year-old Boston University graduate student from Northeastern China got to live her dream starting last September when she enrolled at the university. She was studying statistics, making new friends and eating novel cuisine during her first six months in Boston. On April 15th, the day of the Boston Marathon bombings, Lu’s dream was cut short. Her family remembers her in a letter posted on the university’s website: “She wanted to play a role in international business, specializing in applied mathematics. She has been studying very hard toward her goal. Sadly, it was not to be. While her dream has not been realized, we want to encourage others who have Lingzi’s ambition and dreams, and want to make the world a better place, to continue moving forward.”

The increasingly more realistic hope of bringing a Seattle NBA team back home has pulled on Seattle’s forlorn heart strings these past several months. The dream of bringing an NBA team to its people will be put on hold yet again after a unanimous April 29th decision from the NBA’s relocation committee recommending that the league’s board of governors reject a propsosal from a prospective (and hopeful) owner. The group of Seattle investors, including Chris Hansen and Microsoft CEO Steve Ballmer, put down a $341 million offer in January to buy the Sacramento Kings from its family owners. After an April 3rd meeting in New York with NBA Commissioner David Stern to make a case for Seattle as a strong market for the Kings, Seattle Mayor Mike McGinn expressed optimism in Hansen-Ballmer’s plan and thoroughness, according to the Associated Press, but Stern mentioned there were still many unanswered questions about real estate and a viable arena construction timeline. The board of governors are expected to vote on this decision the week of May 13th. In an open statement addressed to the Sonics Faithful, Hansen said he was still planning on pushing forward with the deal: “When we started this process, everyone thought it was impossible. While this represents yet another obstacle to achieving our goal, I just wanted to reassure all of you that we have numerous options at our disposal and have absolutely no plans to give up. Impossible is nothing but a state of mind.”