For centuries, New Zealand Māori have employed a traditional cooking style known as ‘hāngi.’ It’s an unorthodox method of cooking large feasts, where meat and vegetables are cooked over several hours in a pit dug into the ground. The age-old tradition remains popular among Māori communities in New Zealand today.

As a 32-year-old expat who lived in New Zealand for most of my life, it surprised me to learn that the first hāngi I’d ever attend would, in fact, take place in Seattle. For roughly 20 years now, the New Zealanders of Seattle group has held an annual hāngi that has been known to draw in close to 200 expat Kiwis and their families.

Rachel Jacobsen started the New Zealanders of Seattle some 35 years ago along with her husband and friends Clint and Diana Staf.

“In those days—this was 1979—we put an ad in the paper and it said, ‘Kiwis, Waitangi Day info,” says Jacobsen. The intention of the advertisement was to bring together any Seattle-based expat New Zealanders to celebrate Waitangi Day: a New Zealand national holiday that commemorates the signing of New Zealand’s founding treaty on February 6, 1840.

“First of all, the Seattle Times wants to know what Waitangi is—they wanted to make sure it wasn’t pornographic,” laughs Jacobsen. “And then we got calls from people looking for the ‘kye-wyes,’ so we knew they weren’t legit.”

However, several people turned up to that very first New Zealanders of Seattle pub meet-up, some of whom remain active members of the group to this day.

“Most people knew one other kiwi [in Seattle], but they didn’t know a lot,” Jacobsen says. “So we got together a lot and we started having summer picnics, and eventually the summer picnics became a hāngi.”

Jacobsen can’t quite remember when the first annual hāngi took place, but estimates that it was around 20 years ago. It’s held each year at Maltby’s Hole in the Sky: property formerly owned by friends of the Stafs, aforementioned co-founders of the New Zealanders of Seattle group. Today, the property is owned by Snohomish County, which continues to permit the New Zealand group to host its annual hāngi on the land.

In charge of preparing this year’s hāngi on July 19 was group member Matthew Stannard, who has taken the reins from another group member who’s since moved from the region.

“It’s tricky when you’re getting instructions on the phone from the guy who used to do it,” Stannard jokes about the process of learning how to coordinate the hāngi. Preparation of the pit has become his responsibility for the last five-odd years. “It kind of is easy, but if anything goes wrong, there’s no back-up system. It’s sort of a one-shot deal.”

The night before the event, volunteers dug a 2-foot-deep pit at Hole in the Sky. Early in the morning of the hāngi itself, more volunteers turn up to heat rocks and prepare the food. Volcanic rocks are required to cook the hāngi, and the New Zealanders of Seattle group has used the same rocks since the very first feast. These rocks are burned for 2.5 hours before they’re placed at the bottom of the pit. According to Stannard, there’s a secret, perhaps not-so-traditional method to ensure that his hāngi’s heat is maintained. “There’s some really big pieces of rebar [reinforcing bar] that get red hot.”

Once the coals are in place, baskets of food are layered on top before the pit is covered up and everything is left to cook for roughly three hours underground. Approximately $1,000 of food is prepared in the morning of the feast, including “lamb, chicken, pork, a ton of root vegetables – every root vegetable you can think of—a little cabbage, some onion and carrots,” Stannard says. The food is wrapped in tinfoil, the baskets topped off with ferns, and it’s all placed into pit. Attendees are also encouraged to bring a salad or a dessert to share. Pavlova, a meringue-like dessert common in New Zealand and Australia, is a popular inclusion.

Jacobsen says she feared beforehand that the threat of rain may affect the numbers at this year’s hāngi, which was down on previous years with a still-respectable attendance of roughly 100. The hāngi event has a definitive family-oriented, picnic vibe; attendees show up a couple hours before the food is dug up and served, spending that time socializing, playing backyard cricket, and playing in a rowboat on a small pond nearby.

After attendees have eaten, there are a number of activities for the kids: a three-legged race; an egg-and-spoon race; and a lolly (candy) scramble. For the bigger kids? A tug-of-war competition between contestants representing New Zealand’s North Island and South Island. Unfortunately, I had to leave before it took place, but I’m told that the South Island team took the win this year.

Are you a Seattle-based expat New Zealander? For more information on the New Zealanders of Seattle group, why not join the Facebook group? Visit https://www.facebook.com/NZdersofSeattle. 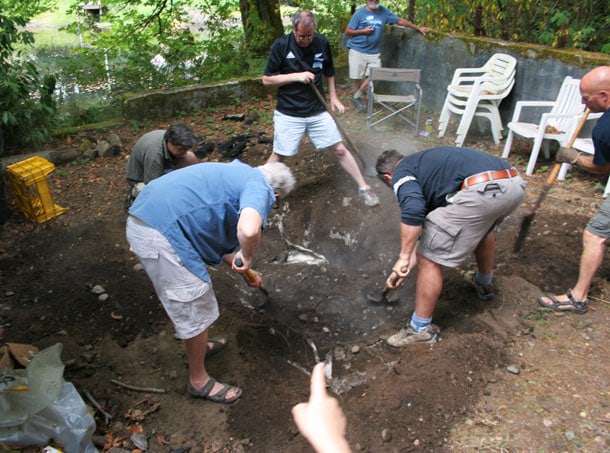 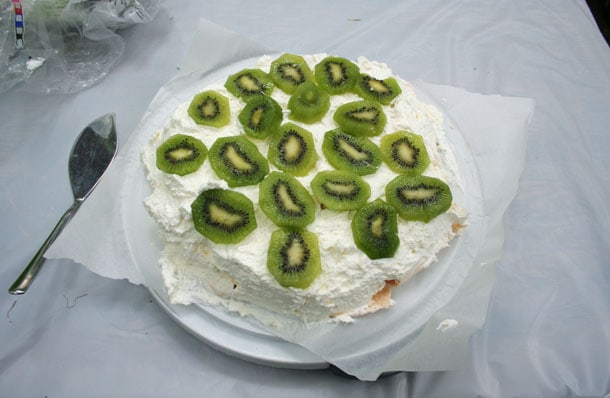 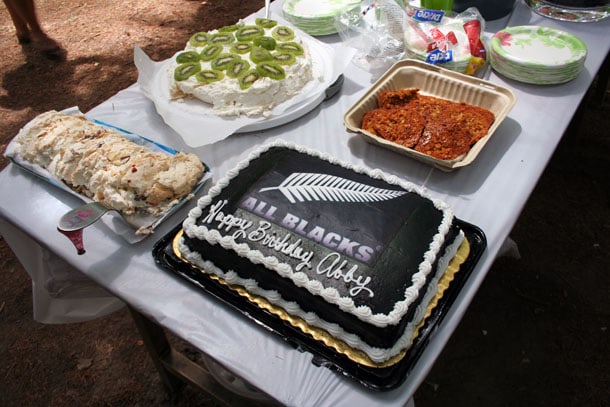 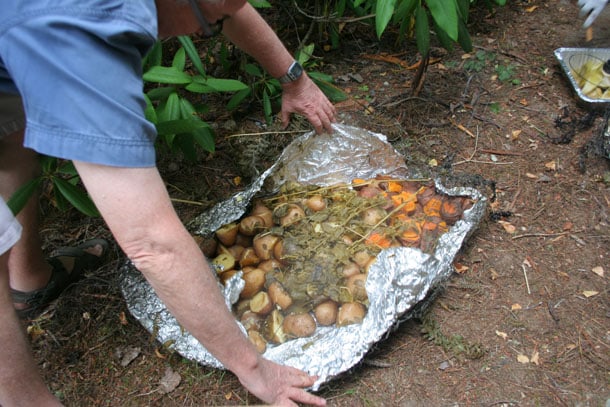 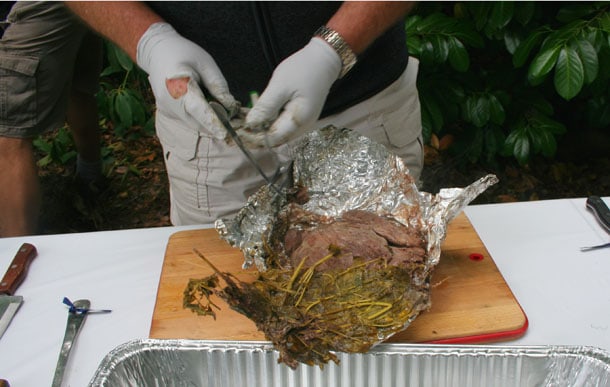 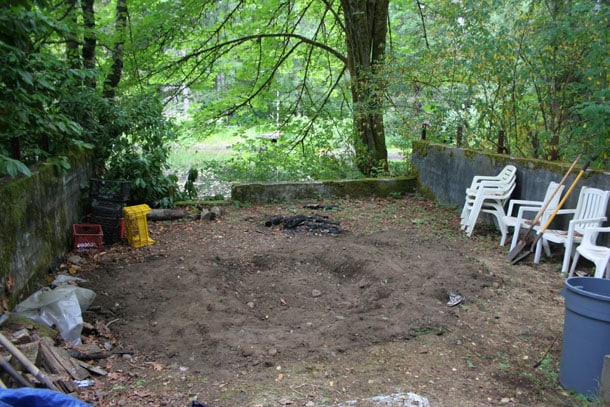