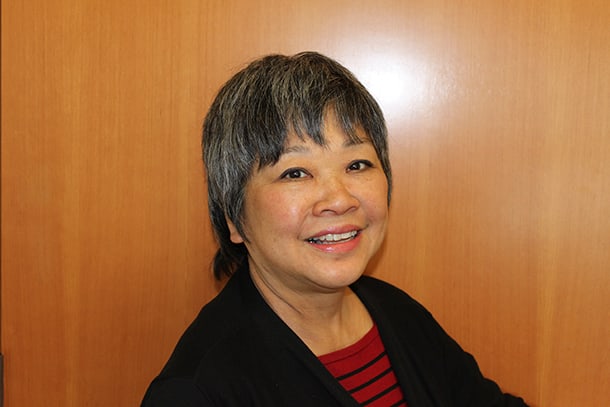 KVRU 105.7 FM just finished testing its signal on September 16. The community radio station off of Rainier Ave is all set to start providing diverse programming by and for Rainier Valley residents. Sharon Maeda is the station manager and has a rich vision for KVRU; a station with multicultural music programming, airwaves filled with the languages heard around the valley and a forum for youth to talk about and understand important topics like immigration and identity.

Maeda has spent more than 40 years working in community radio. She was compelled to contribute to the media and radio industry after noting what a strong reach the media had on school children she taught as an elementary school teacher. She went back to school, gaining a Masters in Filmmaking, hoping to make an impact in bringing important voices to the media and telling stories that might otherwise be pushed under the rug.

“Right now, given what is going on in the country and the rise of the openness of hate groups and all of that it’s all the more important that people in a diverse community like the Rainier Valley need a place to share their culture, to share their stories, to learn from each other and hopefully create a better society,” said Maeda.

KVRU is funded by SEED Seattle, a local nonprofit that is involved in affordable housing, arts education and economic development for Southeast Seattle. Maeda sees the organizational support behind the station as a way to incorporate various facets of the community into the station’s programming. Maeda points out the station’s physical location beneath an affordable housing complex with many elderly residents who will have plenty of stories to reflect on from their lives.

“They [SEED] already have ongoing relationships with different segments of the population and my vision is that all the different voices in other languages, across youth, LGBTQ communities, women, men, elders, people who are scholars, and experts on subjects, but also everyday people who just have a personal story to tell [get involved],” said Maeda.

Apart from a storytelling and community engagement platform, Maeda would also like to see the station become a safe space for important and often challenging questions faced by the young people of Rainier Valley. She points out issues like ethnic identity, movements like Black Lives Matter and how policy changes might affect Dreamers (recipients of DACA).

“Once we get programming under control I want to have the station become a place where youth can talk through those issues, and get to understand each other,” she said. “You know why Black Lives Matter or who is a Dreamer and who is not a Dreamer and what’s it like to be a  Dreamer and never know from day to day whether your family is going to be scooped up and deported.”

Because radio only requires a voice, the airwaves can be a space to retain some anonymity while still tackling challenging topics like the ones posed by Maeda, thereby becoming a “vehicle for safe sharing.”

Maeda also hopes for the station to broadcast poetry and spoken word and other literary arts programing. She has what she calls a “crazy idea” for an on-air book club: “We read … some passages from a book and we try and get other people to read the book and we have a book club discussion except it’s in the studio and on the air.”

Maeda says that programming will play in six-hour cycles and during October this will help to understand what the station’s prime time might be.

“That also gives us an opportunity for listeners to let us know If they are hearing the program and we can kind of figure out which day parts are more popular because we know that in this neighborhood people are not necessarily going to work nine to five and come home after that,” she said.

Along with programming, KVRU already has events planned for the next couple months. On September 26, the station will be registering voters on site in honor of Voter Registration Day. On October 7, the station will host an open host, with performances and speeches played live on air. On October 18, KVRU will cosponsor a Mayoral Candidate forum with candidates Jenny Durkin and Carrie Moon at the Rainier Arts Center. The event is in the hopes that Southeast Seattle residents can bring concerns and questions to  candidates before November elections.  For more information, visit kvru.org.