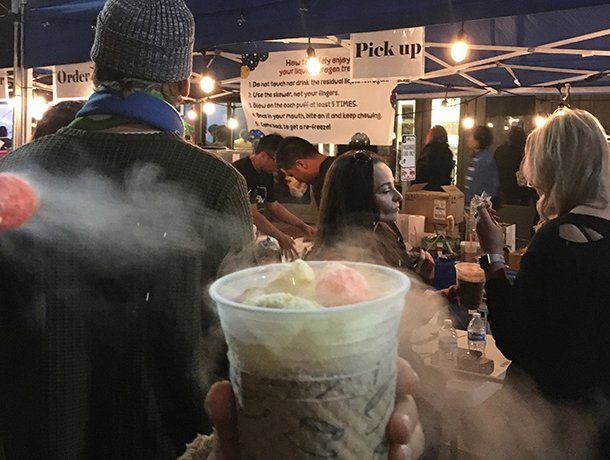 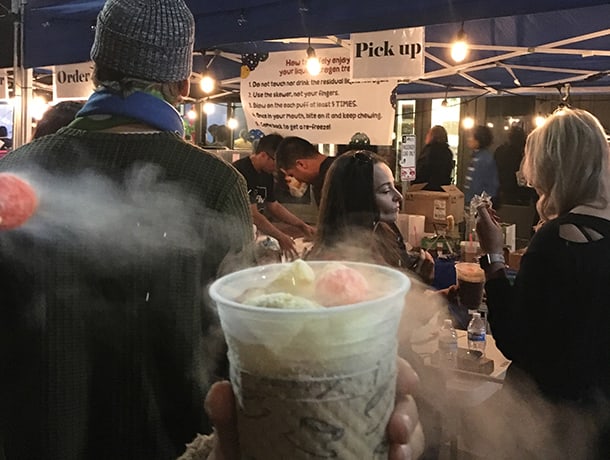 No-No Boy, John Okada’s classic Seattle novel, is a founding text of Asian American literature, but its author was modest, once describing himself as “endowed with a larger capacity for normalcy than most people.” That’s a paradox, quiet as it’s kept, until you realize that “normalcy” is a performance, diverting attention from the drama and strangeness that defines a life.

It’s also a characteristically Nisei thing to say, and if you can learn how to read it, an entire second-generation Japanese American experience is secreted in its code: growing up in the shadow of the Depression and exclusion laws, enduring family separation and mass incarceration in the war, and rebuilding their lives in the repressive 1950s.

John Okada: The Life and Rediscovered Work of the Author of No-No Boy, a new book from local journalist and filmmaker Frank Abe, co-edited with Greg Robinson and Floyd Cheung, offers a long look behind this veil of normalcy. The stories are typically extraordinary.

A veteran, thoughtful but adrift, drinks at a notorious speakeasy. His buddy, a draft resister and pariah, is back from prison, his unbalanced mother on the verge of suicide. Readers of Okada’s novel will recognize parallels to its protagonist, Ichiro, a self-proclaimed no-no boy, and his friend Kenji, slowly dying from a war wound.

But this is Okada’s own life, as told by Abe, and the characters are nonfiction: the resister is Hajime Jim Akutsu, and the veteran is Okada himself. Abe’s invaluable biographical essay also matches No-No Boy’s street-level geographical precision, mapping Okada’s Seattle childhood from the Yakima Hotel, run by his family, to Bailey Gatzert, the old Broadway High, and beyond.

The differences between life and art are instructive. Akutsu, athletic and physically courageous, wasn’t one to back down from a fight – he tried repeatedly to volunteer for the military before incarceration, and once beat up a camp mess-hall worker caught stealing food. Although he acknowledged being the model for Ichiro, he didn’t see himself in Okada’s agonized protagonist. Nor was Okada wounded like Kenji, but after 24 reconnaissance flights as an MIS translator, he was sworn to secrecy, his own war stories off-limits even in fiction.

In 2018, what strikes you about the Okada-Akutsu friendship is their shared experience of family separation, years before they became drinking buddies at the Wah Mee Club. A combination of racism and craven politics led government agents to target innocent men like their fathers, who were arrested and held in the old Immigration Detention Center in the ID. (It’s an arts center now – that haunted yellow-brick building visible from the light rail heading north into the transit tunnel.)

Abe’s biography goes on to recount Okada’s rambling postwar life: studying English at UW and Teachers College, Columbia; meeting his wife, Dorothy, a Hawai‘i-born Kibei; working as a librarian in Seattle and booming Detroit, where he finished his novel.

Jumping careers, he became a technical writer in defense, at Chrysler Missile and Hughes Aircraft, and an advertising copywriter, before dying at forty-seven – a chain-smoking, workaholic breadwinner with two kids in the Southern California suburbs. He was filling out his taxes when he had a heart attack.

All the clocks in the house stopped, Dorothy said, even his wristwatch.

Meanwhile, No-No Boy was being rediscovered by a new generation, inspired by the radical dreams of the Asian American movement. To them, Okada’s “normalcy” smacked of conformist betrayal. Look again, though, and you’ll see the great themes of mid-century American life – recast with an earnest Nisei hero, adrift in the military-industrial complex and Mad Men-era ad agencies.

Okada never wrote that story, but this new volume reproduces a trove of rediscovered works: five short stories and a one-act play, from a local Nisei newspaper; two satirical essays about defense contracting, from a trade magazine; and, most poignantly, a poem printed anonymously in the UW Daily just after Pearl Harbor.

This is student work, mostly – an aspiring writer testing his range, in comedy, allegory, the supernatural, crime fiction. There are suggestive echoes of other writers – Toshio Mori’s grotesques, Carlos Bulosan’s hardboiled migrants, Hiroshi Kashiwagi’s experimentation with the absurd – but nothing that approaches No-No Boy. Instead, they expand your sense of the writer that was, and could have been.

The volume’s scholarly contributions provide a more comprehensive view of Okada. Greg Robinson challenges the established belief that Japanese Americans rejected the novel for depicting “disloyals.” Instead, he uncovers a vibrant Nisei literary scene that was devastated by the war, eliminating the networks of readers and critics that might have supported the novel on its release.

Granted, community divisions over military service remain, both for “no-no boys,” named for their responses to two items on a notorious government questionnaire, and draft resisters. Martha Nakagawa’s essay challenges the novel for not emphasizing the resisters’ principled stance. Alternately, Stephen Sumida interprets Ichiro’s confusion as representing the larger community’s struggle to accept that punishment was not proof of some elusive guilt.

Sumida’s essay, drawing on 25 years of experience reading the novel with students, is a highlight. Fittingly, the volume ends with contributions by Shawn Wong and Lawson Inada, who, with Frank Chin and Jeffery Paul Chan, republished No-No Boy four decades ago. Other contributors were associated with their circle, including Sumida and Abe, whose photo was used for the cover illustration on the 1970s reissue. (Small world, full disclosure: I’ve been colleague, student, and/or friend to the majority of the book’s contributors.)

The great legend that grew out of No-No Boy’s discovery, famously related by Chin, tells of a lost second novel. The young writers went searching for Okada, but came late, a few months after his death. Worse, Dorothy Okada explained, she’d burned his effects, including an unfinished manuscript about the Issei generation. Chin was horrified, and publicly blamed UCLA’s Japanese American Research Project for refusing Okada’s papers – a detail not supported by the record, Abe shows.

For me, this story recalls tales of the Issei burning the papers and heirlooms in the days after Pearl Harbor, fearing the suspicions of FBI agents separating families. To burn what’s most precious is to consecrate its memory beyond the reach of the living. In that sense, Okada’s lost manuscript is also the story of his marriage, and all the love, sacrifice, and unrecognized labor that made his life and work possible.

That lost manuscript became a founding legend for an entire literary movement, and if it hurts to know it may never be recovered, there’s some comfort in all the books written afterwards to fill its absence. This welcome new volume is neither the first nor the last.

A book launch, featuring Frank Abe, Shawn Wong and Stephen Sumida, will be held at the Central Library on Sept. 22nd, the 95th anniversary of John Okada’s birth. Registration is not required, but space is limited.