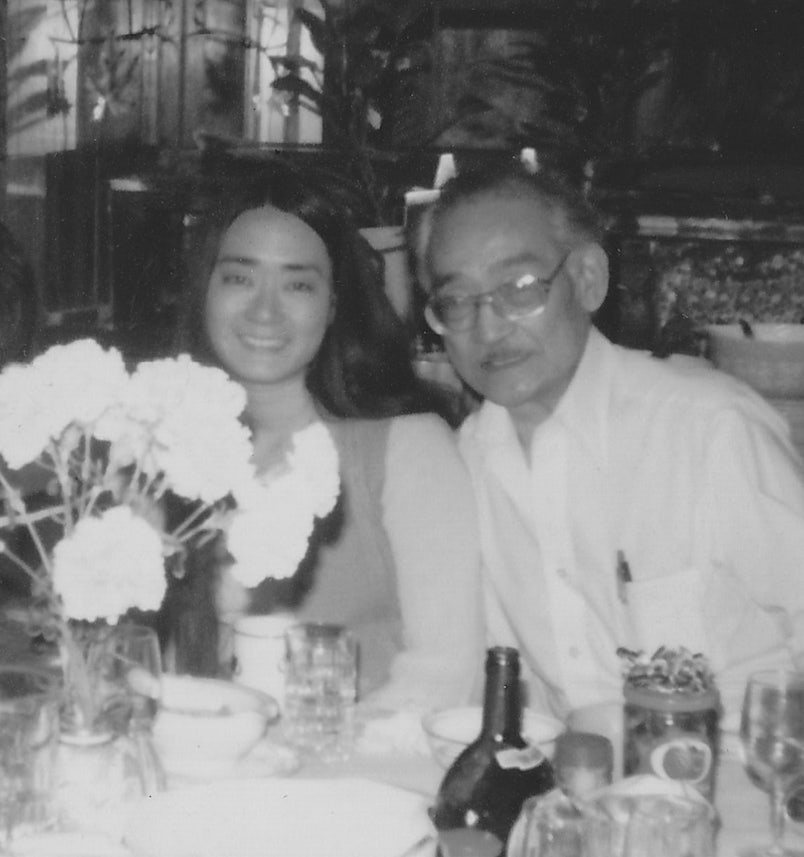 One spring evening, 25-year-old Minoru Yasui closed up his law office and took a stroll along the streets of Portland. It was 1942.

Walking up to a police officer, he pulled out a copy of the military proclamation that set a curfew on “all enemy aliens”—those of Italian, German, and Japanese descent—along with his birth certificate proving his Japanese ancestry. He told the officer to arrest him.

When this didn’t work, Minoru Yasui went to the police station and argued with the sergeant until he was thrown in jail for the weekend. When he was released the following Monday, headlines implied that he was a Japanese spy.

This was the first step in bringing a legal case to court, challenging the constitutionality of the 1942 curfew and travel law against Japanese Americans. “As an American citizen, as a lawyer, I felt that we owed at least the obligation, as a citizen, to tell our government, they are wrong,” Minoru Yasui said later in an interview provided by James Lin from the University of California San Diego.

Never Give Up! Minoru Yasui and the Fight for Justice is an upcoming film that captures Minoru Yasui’s lifelong defense of human and civil rights, written and co-directed by his daughter Holly Yasui.

Holly Yasui’s film about her father is set to be released Wednesday, October 19 in Hood River on the centennial of his birth. There will be a screening of a 30-minute work-in-progress of the film in Seattle at the Wing Luke Museum (719 South King St.) on Saturday, June 25.

“My dad has been gone for 30 years now,” Holly Yasui said. “I wrote a play soon after he died, and the hard part was to let go of my dad as my dad and to look at the person.” She was 32 years old when he died.

The film features many examples of Minoru Yasui’s powerful oratory style as he speaks about his experience during and post World War II. “I knew that under the Constitution of the United States, that no person, no person, should be distinguished on the basis of ancestry alone,” Minoru Yasui said in a lecture provided Lin.

In the film, Min Yasui, as he was known to his friends, recounts the process of forced relocation by the U.S. government. He and thousands of other Japanese Americans spent five months in livestock barns in the summer of 1942 in California while camps were being built.

“It’s an indescribable feeling to have that happen to you in your own native country,” Min Yasui says in the film, thanks to footage from the Japanese American Citizens League.

In November 1942, a U.S. marshal came to Camp Minidoka in Idaho to bring him back to Portland for his formal trial for breaking the curfew law earlier that year. He was found guilty.

Min Yasui spent nine months in solitary confinement at the Multnomah County Jail waiting for the Supreme Court’s decision, only to be ruled against. He was then sent back to Minidoka where, in his words, he “traded one jail for another,” Holly Yasui said in an email from San Miguel de Allende, Mexico where she lives.

Holly Yasui grew up in Denver with her mother, father, and two older sisters. To Holly, her father is her hero.

Her mother, True Shibata Yasui, was her father’s secretary at his law office. Holly remembers her long, red painted fingernails typing over 100 words per minute, making a sound “like shaking a jar full of pennies as hard as you could.”

“My dad’s clients were mostly Japanese Americans who were impoverished by their World War II experiences (forced removal from the West Coast with only what they could carry, and imprisonment in so-called ‘Relocation Centers’), and other low-income people who couldn’t afford a fancy attorney,” Holly Yasui said in an email.

“Because no one had much money, my dad often worked for barter. We used to go to the Chinese restaurant next door and eat for free and my sisters and I would play the pinball machine,” she said in an email.

Near the end of 2013, the seed funds for the film came from the Mile High Japanese American Citizens League, the Denver chapter of the oldest and largest Asian Pacific American civil rights organization in the United States. In early 2014, Holly Yasui began writing, researching and then moved on to interviewing. She and co-director Will Doolittle are currently in the post-production process.

“We have made a rough cut of the first half of film that was shown at a family reunion,” she said. Doolittle said the film will be close to 60 minutes so it can be shown in classrooms and at public events.

George Takei is set to narrate the film. He and Min Yasui were college classmates in Tokyo in 1970 and kept in touch until Min Yasui’s death in 1986. “He said he would move heaven and earth to help support this project,” Holly Yasui said.

Holly is now working on the last part of the script. She and Doolittle are finishing the editing—the sound mix and any corrections. Then they will add music, narration, and packaging.

They have paused production in order to raise the rest of the funds necessary to finish the film. Holly Yasui said they have made budget cuts, and with grants coming in, she is confident that the film will be finished on time.

The main take-away from the film, Holly Yasui said, is in the title–never give up. “Whenever there are groups who are scapegoated, we have to raise our voices. Min Yasui spent his life doing this. He did it all his life, not just during the war. He spent his life defending minorities, not just Japanese Americans,” she said.

“We talked a lot about all of these issues, unlike many Japanese Americans who went through the wartime experience. So many repressed it, wanted to forget about it, and my dad was not like that. He told me and my sisters about it from the time that we were little. I wrote papers about it. I interviewed him about it. So it was a very open relationship,” Holly Yasui said of her father.

On November 24, 2015, President Barrack Obama honored Minoru Yasui with a Presidential Medal of Freedom, the highest civilian award in the United States. “Today, Min’s legacy has never been more important,” Obama said.  ”It is a call to our national conscience; a reminder of our enduring obligation to be ‘the land of the free and the home of the brave’—an America worthy of his sacrifice.”

“The Asian community deserves to have heroes. He’s an American hero and an Asian American hero,” Peggy Nagae said, Min Yasui’s attorney who worked with him to achieve a formal apology from the U.S. government for Japanese Americans.

A 30-minute work-in-progress version of the film will be shown in Portland on Saturday, April 23 at the Minoru Yasui Civil Liberties Symposium. The event is being organized by the Min Yasui Tribute committee, a project of the Oregon Nikkei Endowment which has a museum in Portland dedicated to preserving Japanese American culture in the Pacific Northwest.

The Seattle work-in-progress screening will take place at the Wing Luke Museum (719 South King St.) on Saturday, June 25 from 7:00 p.m. to 9:00 p.m. Holly Yasui and a panel of scholars/activists will lead a discussion about the legacy of Min Yasui as applied to the Muslim community and other communities of color.