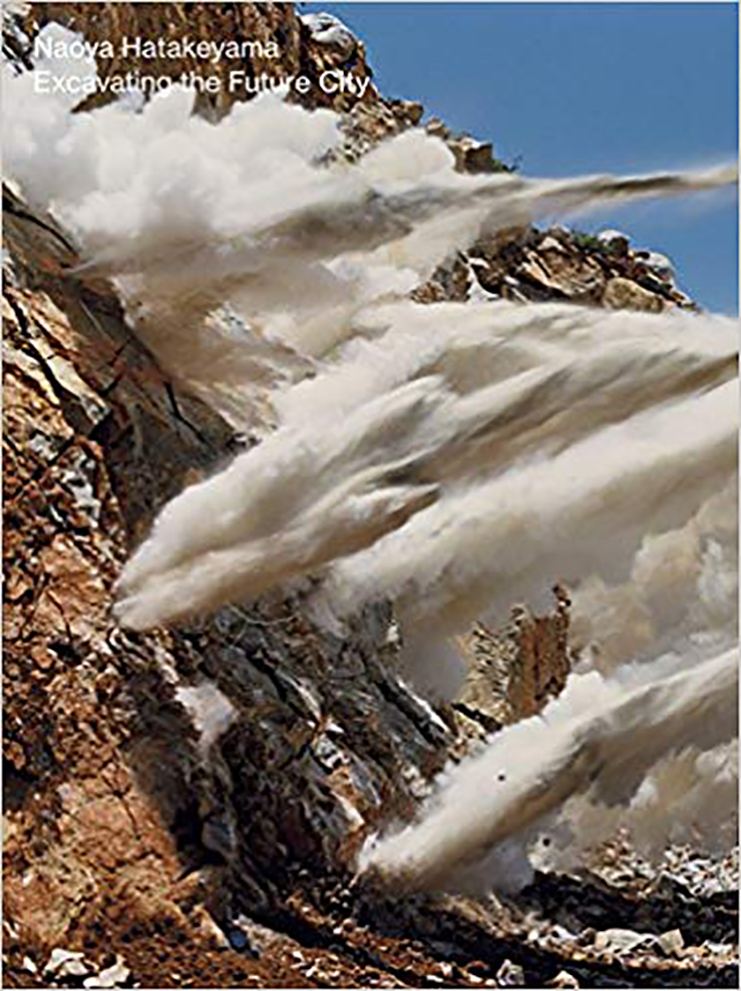 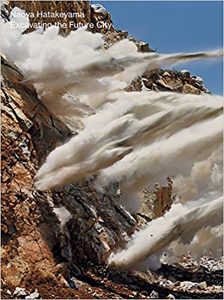 Japanese photographer Naoya Hatakeyama has spent more than 30 years examining the mutual concessions between the natural and built environments. His work patiently illustrates the evolution of urban landscapes, beginning the moment raw materials we use to build modern cities are wrested from the earth — a visual representation of the perpetual dance between nature and human intervention.

Excavating the Future City, co-published by Aperture, is the companion to Hatakeyama’s recent exhibition at the Minneapolis Institute of Art, his first solo museum exhibition in the United States. The catalog is brimming with uncanny and sometimes haunting images, supported and contextualized by thoughtful essays from Yasufumi Nakamori (Minneapolis Institute of Art curator and editor of the catalog), architect Toyo Ito, Philippe Forest and Hatakeyama himself. The result is a cohesive examination of the intersection of photography, urbanization and time—reminding the reader that the built environment is ultimately an act of rearranging matter.

“The quarries and the cities,” Hatakeyama has said, “are like negative and positive images of a single photograph.”

In this collection, Hatakeyama presents several interrelated series of images spanning most of his career, each corresponding to a different stage in the lifetime of a modern city (“Birth/Genesis”, “Visible/Invisible”, “Trans/Flux”, “Real/Model” and “Death/Rebirth”). From one series to the next, we are invited to consider both the physical transformation of the subjects in each image, and the artist’s increasingly personal relationship to them. This adds yet another dimension to Hatakeyama’s durational, unsentimental perspective: through his images we are able to witness significant transformation concurrently in both human and geological timescales.

Naoya Hatakeyama was born in 1958 in Iwate Prefecture, Japan. He grew up in the small coastal fishing town of Rikuzentakata, known for its surrounding limestone deposits—one of Japan’s few natural resources. Fascinated by the harvesting of this raw material, he began photographing nearby quarries and limestone processing facilities early in his career. These images marked the origin of an overarching theme that would eventually help define his unique perspective on human intervention.

From Lime Hills, a series he began in 1986, Hatakeyama draws an analogy to the birth of the urban environment. The images in the series depict a certain sculptural aspect of excavation, defying conventional notions of beauty and the natural landscape. Large deposits of limestone are violently cleaved from the earth—in a matter of seconds dismantling what has taken hundreds of thousands of years to achieve. The images convey a sense of dramatic transformation, despite otherwise lacking any evidence of human presence—giving Hatakeyama’s work a conceptual richness that seems increasingly rare in architectural photography.

It’s no surprise that Hatakeyama’s work defies classic definitions of architectural or landscape photography. He studied under one of the most influential post-war Japanese photographers, Kiyoji Otsuji. Deeply inspired by the Bauhaus and Surrealism, Otsuji is widely credited with exposing Hatakeyama’s generation to European modernism and helping to user in a rebirth the Japanese avant garde.

After completing his postgraduate studies at Tsukuba University in 1984, Hatakeyama relocated to Tokyo and has lived there since. The dense metropolitan city’s complex geometry has pushed him to develop a unique photographic language, with which he engages the relationship between the built and natural environments. Mapping the growth and evolution of Tokyo through aerial views of the increasingly dense urban topography and tracing the subterranean network of tunnels and water pathways hidden underneath it’s streets, Hatakeyama’s images portray the city as an elegant but inherently organic being—rhythmically expanding in unison with its population over time.

Each series in Excavating the Future City contains a fragment of Hatakeyama’s personal history and sense of place, but none are more visceral than his rendering of the death and rebirth of the built environment. Shortly after the devastating Tōhoku earthquake and tsunami in March of 2011, Hatakeyama returned to his hometown of Rikuzentakata and set about documenting its near-total destruction. The resulting images convey a deep sense of irrevocable loss and longing. In an instant, an entire town’s personal and communal histories were washed away, leaving almost no identifiable trace—but reconstruction efforts still underway, a new history is beginning to unfurl for Rikuzentakata—all against the larger scale of geological time.

Hatakeyama has stated that the experience of documenting the disaster in Rikuzentakata has changed his perception of time and history—emphasizing the importance of his artistic practice as a means of reconciling aspects of personal and geological time. Excavating the Future City beautifully describes an ongoing, cyclical exchange between nature and mankind: whatever we borrow from the natural environment to build our cities will ultimately be reclaimed and reincorporated.