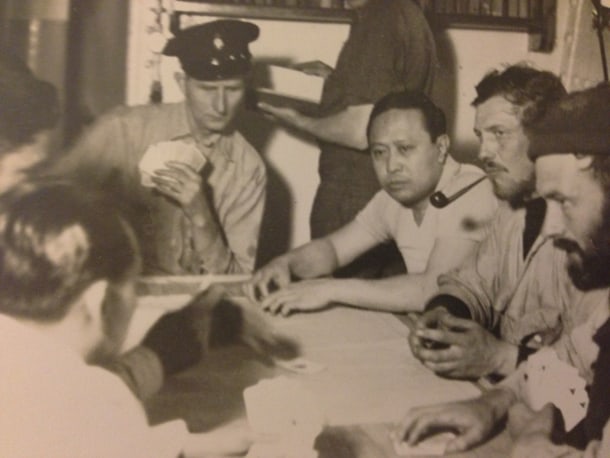 Since 2003, Bob Flor has been excavating the letters and papers of his Uncle Baltazar “Bob” Flor, a playwright in the Filipino community in the 1920s and ’30s.

Along the way, the younger Flor has found dramatic inspiration and even presented his own 10-minute play entitled The Injury in the 2013 Eclectic Theater Festival.

Now, Flor has delved directly into his source material, and is developing a play entitled My Uncle’s Letters, which follows a Filipino immigrant in the 1930s as he attempts to balance the personal and the familial.

“The protagonist, Roberto, seeks his place in American society,” Flor said. “He is torn between family responsibilities and finding success in his new country. This isn’t simply another immigrant’s tale, but more an exploration of human foibles and character.”

Flor said he saw his uncle’s correspondence as an inspiration.

“He arrived in Seattle in 1920, the first of our family to come to America,” Flor said. “He wrote for several community papers and formed the Filipino Catholic Drama Club where he wrote plays for their celebrations, such as Rizal Day, Easter, or Christmas.”

Excerpts of My Uncle’s Letters will be given a public reading in two events during the first weekend of October: at Growing Up Brown—Memories of Washington Hall and at Represent! A Multicultural Playwrights Festival at ACT Theatre.

The readings will be directed by Eloisa Cardona and will be performed by Jana Templeton, Michael Cruz, Miguel Morales, Jazzy Ducay, and Christi Cruz.

Cardona has worked with Flor once previously on a dramatic project, and is looking forward to presenting the first Filipino American work in the annual Represent! festival. 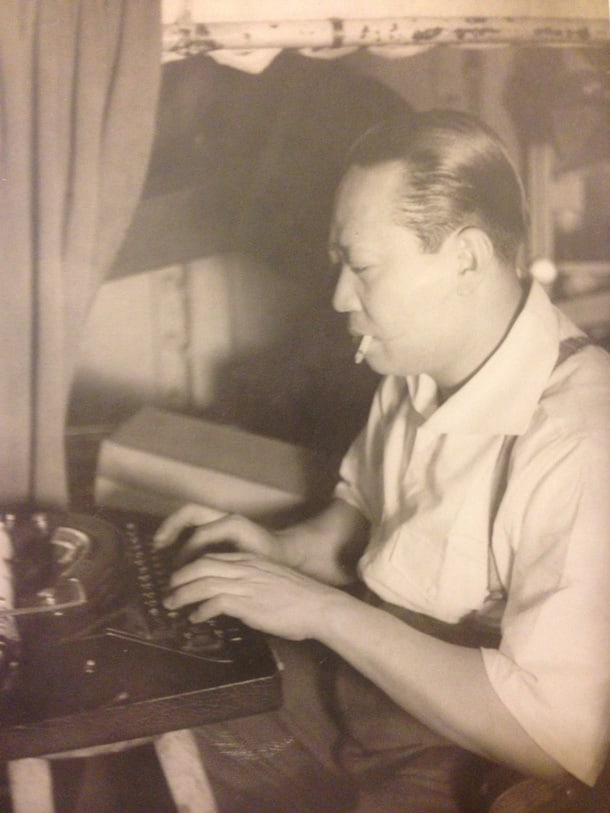 “There are Filipino-American actors that are visible, and a few in Seattle that are, or are becoming, prominent in the acting community,” she said. “We are telling other Asian American stories but rarely our own, though we have quite a large community in Seattle, and a long presence and association with and in America historically.”

The reading happens during the first week of Filipino-American History Month. It also seems appropriate to Flor that excerpts from his play will be read at Washington Hall, which is also the title of one of the play’s scenes.

“Washington Hall was a key because of both size and location as it was located on 14th Avenue and Fir Street,” Flor said. “This provided easy access for Filipino families in the Central Area and Filipino men who lived in Chinatown.”

Washington Hall was also personally meaningful to the younger Flor.

“As a child and teen, I often went to the Hall for Easter or Christmas events or observed gatherings and dances that were held,” Flor said. “These drew the entire community. The Manongs or Uncles, often single men, often gave small gifts of money to the children with the blessing ‘For your education.’”

This venue has also been culturally important for the Filipino community as a whole.

“Washington Hall was the scene of many events for the Seattle Filipino community,” Flor said. “The Filipino American National Historical Society is exploring this as part of their mission to document the history of the community.”

Flor now seeks to share this history with the larger community.

“From the ’30s through the ’60s, Filipinos held holiday parties, dances, and meetings at Washington Hall,” Flor said. “Most often, we hear about the single men who came as Alaskeros and inhabited the Chinatown-International District on their way to the canneries. In actual fact, there was a substantial community of Filipino families who lived throughout the Central Area from First Hill to Madrona during those times.”

Flor would like to highlight these family communities in his dramatic work.

“They bought homes, held regular jobs, raised families, and sent their children to local public and parochial schools,” Flor said. “Their contributions can be easily overlooked or discounted because they were normal, everyday families.”

But Flor wants to change that. “I hope, in some small way, that the plays I write honor them,” he said.