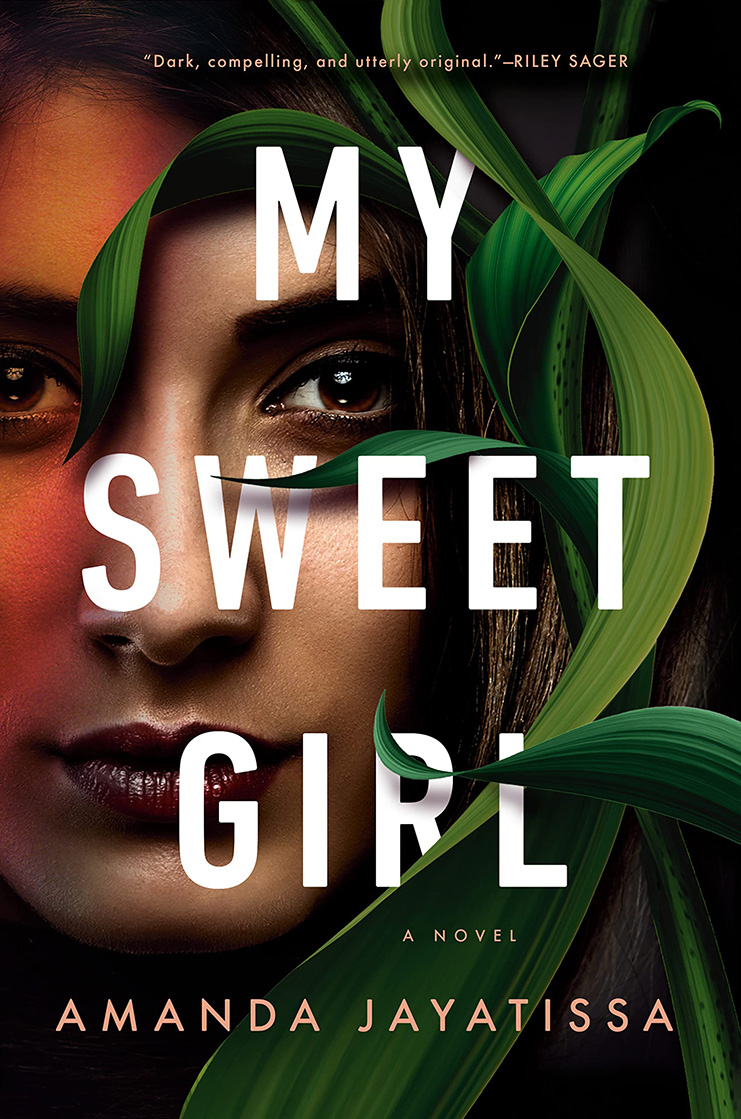 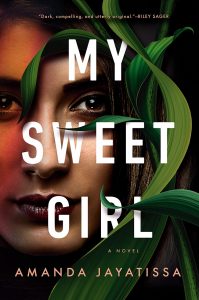 If you are a fan of Ruth Ware, Lucy Foley, Gillian Flynn, Paula Hawkins and other such writers of psychological crime fiction, then you will enjoy Amanda Jayatissa’s debut novel My Sweet Girl. The thrills and chills narrative with numerous plot twists keeps the reader engaged from the first page.

The narrator is Paloma Evans, a Sri Lankan American woman living in San Francisco, whose life is unraveling. Paloma is a graphic designer trying to get a business established who discovers the body of her roommate Arun in her kitchen one night. She has a serious problem with alcohol and passes out only to find the body and all traces of her roommate gone. She starts searching for clues and that process takes us through her past in Sri Lanka as a child in an orphanage.

The story weaves together two strands: In the first, the 12-year-old Paloma’s life in an orphanage with her friends, the desperate need to be adopted, and a folktale with a ghost named Mohini who haunts the orphanage and grips the imaginations of the young girls. In the second, Paloma’s search to solve the murder of Arun. The adult Paloma is a mess—angry, confused, prone to passing out—and is a very unreliable narrator. She has a prickly personality, and the readers understand why as they discover Paloma’s complicated life with do-gooder white adoptive parents, experiences with racism, dubious boyfriends, and a Mohini who seems to have followed her from Sri Lanka to San Francisco.

The story has numerous plot twists and sometimes the reader is lost and needs to double back and retrace their steps to find their way. We follow along wondering if Mohini is real, if Arun really died or did Paloma hallucinate the whole thing, whether the creepy neighbor across the street has any part to play in the plot twists, and if we should trust Paloma’s new boyfriend.

What is particularly engaging about this novel are the elements of the postcolonial gothic. The novel pays explicit tribute to the Bronte sisters who are staple reading in South Asian curricula. Emily Bronte’s Wuthering Heights haunts the narrative as much as Mohini does. And the folktale of a bloodthirsty female spirit with flowing dark hair whom orphan girls glimpse late at night in an orphanage remind one of Bertha Mason, Charlotte Bronte’s gothic figure, who haunts the orphaned Jane Eyre in Thornfield Hall.

Postcolonial writers like Jean Rhys have adapted Jane Eyre to critique Britain’s imperial enterprise, and Jayatissa’s novel follows in that tradition with a distinctively Sri Lankan interpretation of colonial ghosts, migration, race and hauntings. At the same time, given the rising popularity of psychological thrillers in the mass market, it is refreshing to witness the rising emergence of this genre in Sri Lankan writing.

While the novel definitely appeals to the popular fiction audiences, its critique of race and transnational and transracial adoptions adds unexpected depth.