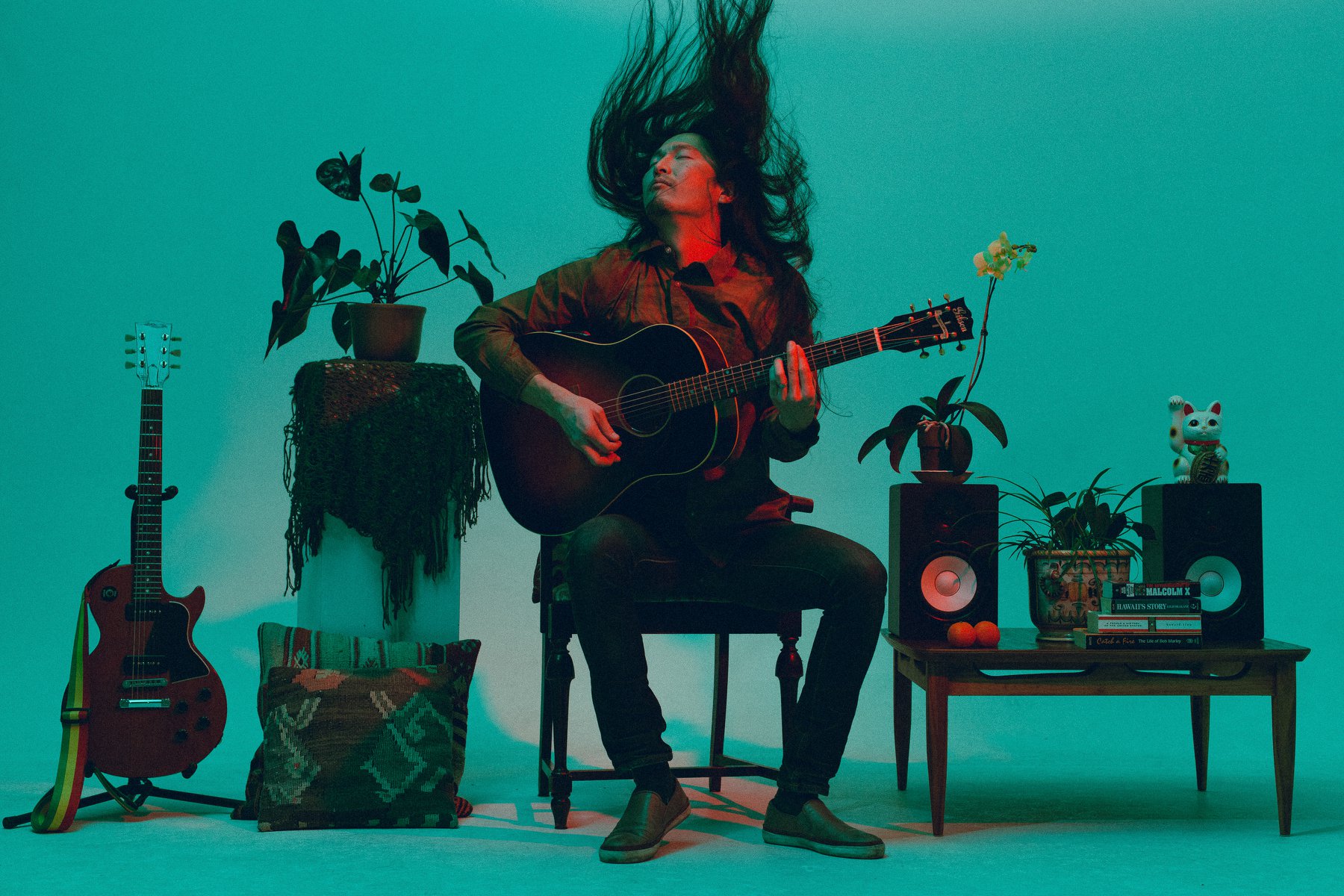 Local singer/songwriter Daniel Pak has been known for years in Seattle as the front man for the popular group Kore Ionz. When I received news that he was planning a solo concert at The Crocodile, I got curious. I asked him about this recent development in his career and other things. Let’s start with a recent statement from Pak and go from there: “Maybe if we realized we all share the same collective energy, we’d be more open to seeing each other through an empathetic, more compassionate lens. Maybe we’d put our phones down and start singing together again. Maybe we’d be more human.”

For many years, you have cultivated an audience with your own band and its unique style of reggae/Hawaiian/pop stylings and played for thousands of people. Why go solo? Or will you continue to do both a solo career and one with the band?

Kore Ionz has really been my solo project for years, and I’m humbled to have shared the stage with so many amazing musicians that have played in the band since putting out the first album in 2008. The band really started years before that, and what Kore Ionz now represents to me is the musical period right after I finished college up to becoming a father and starting Totem Star. And so, nearly ten years later, Daniel Pak is not just my birth name, but a rebrand for my music, and I’m feeling a surge of new creative freedom with it.

To clarify, the last show as Kore Ionz was at Nectar Lounge in Seattle with Clinton Fearon in December, 2017. The first Daniel Pak show (you could call it a soft opening) was at the Roseland Theater in Portland with J Boog in February, 2018. The first Seattle show as Daniel Pak will be at The Crocodile on April 20, 2018.

I’ve been connecting with a new producer (can’t announce who just yet), having long discussions about this next chapter in my life, and putting together, as he says, a personal music manifesto for all future work. While at a board meeting for the PNW Chapter of The Recording Academy (Grammys), he challenged me to define my music in one word. “Aloha,” I told him. It’s not just hello and goodbye, but it’s when folks, even strangers, would come over to my family home and my grandmother would go beyond the call to make sure they felt welcome and had some food to eat. Aloha is a way of life, it’s respect, it’s how you treat people, it’s how you take care of people unconditionally. That’s the energy that I want to put into my music, and that is what defines me as an artist.

What can people expect from your upcoming performance at The Crocodile?

The show at The Crocodile is going to be a real special one, with all of the opening acts coming from Totem Star, the youth record label I co-founded with Thaddeus Turner (Digable Planets) in 2010. Prometheus Brown (Blue Scholars) will be hosting the show and joining me on stage for a short set featuring a brand new song called “Walls” that we’ve been working on. DJ Daps1 will be spinning. I also have a very special guest joining me on stage for a song we wrote together. I can’t say who it is just yet, but what I can say is that he’s from a very well-known rock band in Seattle.

Describe your work with Totem Star and why it’s so important to you.

Totem Star has been a big part of my life for the last eight years. After our first program in 2010 working with young people released from juvenile detention, it dawned on Thad and me that this was truly our calling. We had to do whatever it took to make sure young people had a safe and encouraging space to take creative risks, tell their stories, and build a supportive community. Today we have mentored over 1,500 young recording artists, offering them free studio time, performance opportunities (including shows like The Crocodile), and bringing in guest touring artists and music industry professionals to inspire them.

Any new recordings or tours coming up?

As I mentioned before, I’m having some exciting talks with a new producer and my hope is to record an EP or maybe even a full album with him. The universe is contemplating that right now. Regardless, I have a bunch of new songs that are recorded or in the process of being recorded, and I’m taking my time with it. Jeff and I have an unreleased music video shot entirely in Hawai`i. We’ll have to release that sometime soon. Still a bunch of things to work out first. The one rule I made with this rebrand is absolutely, positively no stress. No matter what. I want the process to be fun and enjoyable. Even the business! As for future shows, I have a bunch of stuff coming up, including Folklife, some colleges, and one potential big festival (can’t say just yet). Where I really want to go is Japan, Korea, Brasil, New Zealand, Australia, France, and Germany. That’s the future plan.

Daniel Pak plays The Crocodile with special guests on Friday, April 20, 2018,  at 8:00 PM, 2200 2nd Ave. in Seattle’s Belltown neighborhood. For advance tickets, try ticketfly.com or tickets at the door.