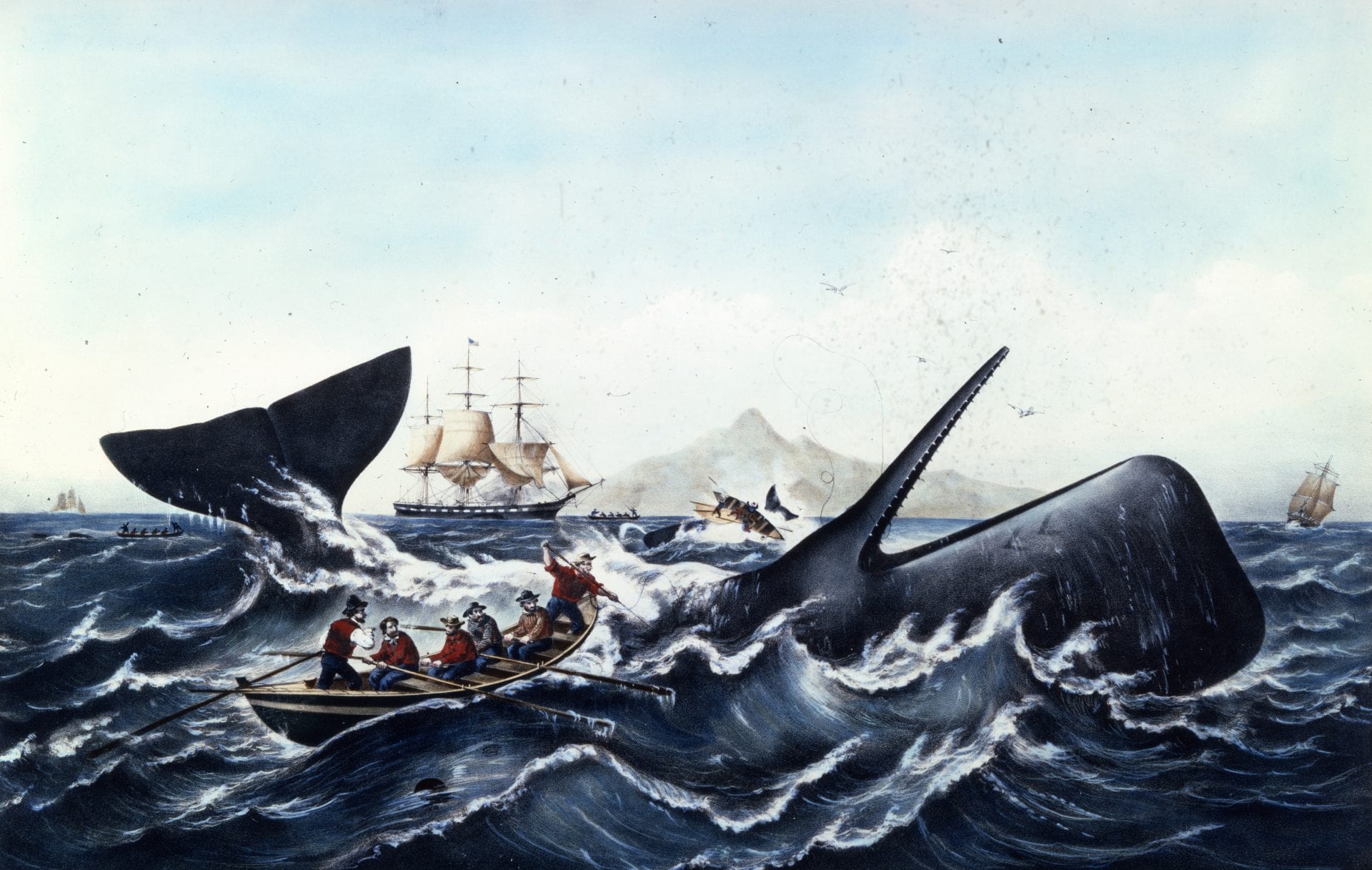 In 1841, a 14-year-old Japanese fisherman and four older friends were caught in a squall and left stranded on a remote desert island in the Izu chain. They were rescued months later by an American whaleship, the John Howland, out of Fairhaven, Mass. The ship’s captain, William H. Whitfield, couldn’t repatriate the five castaways—Japan’s isolationist policy prohibited foreign ships from landing and Japanese from returning from abroad—so he left the four older boys in Honolulu. The youngest, Nakahama Manjiro—known as John Manjiro (John Mung to the whalemen)—asked to go to New England with the John Howland, becoming the first Japanese to live in the U.S.

Manjiro became proficient in English; shipped aboard another whaleship, eventually becoming a harpooner; joined the California gold rush; served as interpreter for Commodore Perry’s 1853 mission to open Japan to Western trade; and again interpreted for Japan’s first diplomatic mission to the U.S., in 1860. His odyssey is featured in “Enlightened Encounters: The Two Nations of Manjiro Nakahama,” an exhibition that opened at the New Bedford Whaling Museum in New Bedford, Mass., on October 8 and is expected to run two to five years.

“The Manjiro section of the exhibit is embedded within a larger discussion of Japanese nineteenth-century culture, which is in turn embedded within a discussion of American whaling in the Pacific and maritime trade with East Asia,” according to Michael P. Dyer, curator of maritime history at the New Bedford Whaling Museum. “Our goal is to contextualize Manjiro’s experience both within the culture of his homeland and within the burgeoning spread of American influence in the Pacific via the whale fishery.”

John Manjiro was not the first known Japanese to land in the New World. In the early 17th century, Hasekura Tsunenaga led a Japanese diplomatic mission to Spain that visited parts of Mexico, including Spanish California. And in 1834 a Japanese coastal vessel carrying rice to Edo lost its mast and rudder in a storm, drifted across the Pacific and washed up on Washington’s Olympic Peninsula; the three surviving crew members were held prisoner by the Makah tribe and later sent by the Hudson’s Bay Company to London in the hope of using them to open Japan to the West. (The British government declined the suggestion and the three Japanese were sent to Macao instead.) Manjiro, however, voluntarily went to the U.S. and became an invaluable resource in cultivating U.S.-Japanese relations.

“When Commodore Perry landed at Edo (Tokyo) in 1853, he pled with the Tokugawa shogun to open some Japanese ports to foreign ships in order to resupply. He said he would return in a year for the answer,” explained Gerald P. Rooney, president of the Whitfield-Manjiro Friendship Society in Fairhaven, Mass. “When he left, the shogun was almost in panic, as none of his staff knew anything about these weird seaman from the U.S. The only one identified as having any of that knowledge was Manjiro, and he was brought to Edo eight days later. When Perry returned in 1854, Manjiro was there to assist in the proceedings. As a result he was later elevated to a higher, samurai rank, at which time he was allowed to take a family name. He took Nakahama from the name of his village of Nakanohama.”

“He was pretty much the only man in Japan who had practical knowledge of the U.S. when Commodore Perry arrived,” noted Hayato Sakurai, curator of historical archives at the Taiji Whale Museum in Wakayama Prefecture, Japan. “Yes, he played an important and unique role. But the modern Japanese are so fascinated by John Mung because he was courageous, free, and self-reliant. He became that kind of man by being in the middle of the American whaling industry during its golden age. He spent most of his time outside of Japan—10 years—on two American whaling voyages and in Fairhaven and New Bedford, the capital of the whaling industry.”

Whaling was a highly profitable business for New Englanders from colonial times to the late 1850s. Whale oil was widely used for lighting, and the highly prized sperm whale oil, or spermaceti, was an essential machine lubricant during the Industrial Revolution. American whaling’s so-called golden age lasted from the early 19th century to the Civil War, when various factors—including the discovery of petroleum in Pennsylvania in 1859—led to the industry’s slow decline through the early 20th century.

Asked about residents’ reactions to Manjiro in Fairhaven, Gerald Rooney replied: “He was generally well received, given that he was the guest of Captain Whitfield, a well-respected sea captain. However, there was one particular incident which involved the captain’s Congregational church. When the family went there and sat in the captain’s pew, it caused the higher-ups in the church to suggest to the captain that this boy might properly sit in the balcony with the other people of color. Captain Whitfield’s reaction was to leave that church and ultimately join the Unitarian Church, which welcomed Manjiro as an equal.”

Michael Dyer said of “Enlightened Encounters,” “There are a number of objects on display that directly represent Manjiro’s experience, including correspondence, crew lists, account books, a first edition of his Record of Drifting (Manjiro’s own 1852 account of his rescue) and a painting of the ship John Howland.” Most of the material is from New Bedford Whaling Museum collection, although some letters are on loan from private sources.