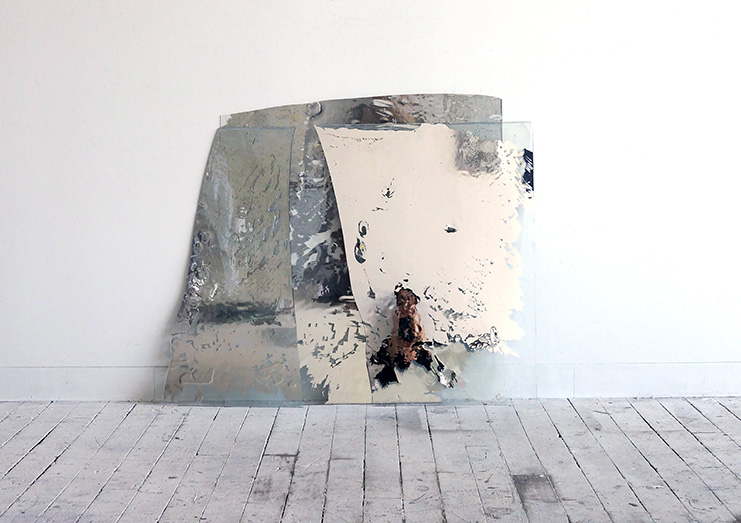 In October, multi-disciplinary artist Takahiro Yamamoto will visit from Portland, Oregon, to present a dance performance and host a conversation in Seattle. Both events will reflect upon the exhibit by Carrie Yamaoka at the Henry Art Gallery entitled recto/verso, and will focus on visual elements, with his discussion entitled Property of Invisibility and his performance entitled Property of Opaqueness.

These two events are part of a larger project that Yamamoto is undertaking. “For the last two years or also, I have been working on this project called Opacity of Performance, which will debut at the Portland Art Museum in Fall 2020,” he said. “Property of Opaqueness is the first iteration of this big umbrella project.”

Yamamoto is hoping to infuse this developing project with the feedback of audience members. “I will present Property of Opaqueness along with two other performers Roland Dahwen Wu and Rana San this October in order for me to see where this big project exists with the witness of the public,” he said. “Along with this performance engagement, Henry Art Gallery is helping me organize this public discussion forum where I get to pose some of the thematic concern of the project and hear others’ thoughts on it.”

After completing high school in Japan, Yamamoto came to his interest in dance very circuitously. “Performing is something I accidentally encountered when I was in college,” Yamamoto said of his undergraduate focus in Communication Studies. “But I got really obsessed with it.”

Yamamoto started with theatre. “In the field of theatre, I moved my focus from musical theatre to classical theatre, then to physical theatre,” he said. “In all the theatre productions that I was involved in, I was always physically engaged. This is partly because I couldn’t speak English well and also partly because my involvement with competitive volleyball and swimming in my teen years allowed me to be physically inclined.”

This focus heavily influenced Yamamoto when he began creating original work. “I put physical movement to the forefront when I started making my own performance works outside of theatre productions,” he said. “Around that time, I started being involved in this beautiful artistic community revolved around Pieter Performance Space in Los Angeles, which exposed me to more and more dance practitioners. This involvement has slowly yet steadily solidified dance as my primary mode of making.”

But Yamamoto wasn’t satisfied within the narrow confines of the discipline of dance. “In 2011, I chose to go to MFA in Visual Studies program at Pacific Northwest College of Art in Portland to examine what it is to see or present movement-based works in the visual art context,” he said. “In parallel, my time at the master program has given me this freedom and confidence to delve into other media such as photography, sculpture, installation, and writing as an alternative route to engage with my ideas.”

This makes Yamamoto’s work difficult to contain within the boundaries of any one artistic practice. “I enjoy being elusive in terms of medium,” he said. “This is so that I can engage with different context, different viewer’s expectation, interesting architecture, and a myriad of theoretical interest for each project.”

Ideas, rather than form, remain Yamamoto’s priority. “I do tend to get driven by conceptual underpinning,” he said, “so this way of working has been quite fruitful and productive.”

This multi-disciplinary focus brings both opportunities and barriers. “I used to say that the challenge would be that the institutional system is not set for this way of working,” he said. “But at the same time, I’ve realized that I’m not usually concerned about fitting in the pre-conceived system anyway. My identity as foreign-born, queer, and artistic affirms that perspective.”

Yamamoto’s interest in hosting a discussion, in addition to a performance, hails in part from his perspective as an educator. “In the classroom, I’ve always been aspired to facilitate discussions and practices rather than transmitting information so that the knowledge production is relational rather than hierarchical,” he said. “In a way, that’s similar to how I make my performance works, too.”

Following the performance and discussion in Seattle in early October, Yamamoto will continue work on this project during a residency in October and November in Genoa, Italy, courtesy of a Bogliasco Fellowship. “The residency time in this fall will be a great time to really look at what happened to those two events in Seattle and see how and where I want to move forward with Opacity of Performance project next year,” Yamamoto said. “Through the public discussion and the experience of the performance, I anticipate I will have a lot of materials to chew on.”

He is looking forward to see what these events generate. “I’m honored and humbled to share my work with the Seattle community this October!”