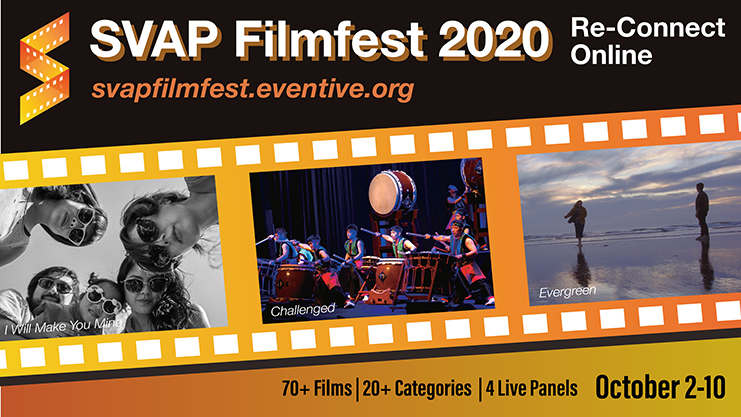 Due to the Coronavirus pandemic, The Silicon Valley Asian Pacific Film Festival will be holding its annual event remotely for the first time ever. Now in its 6th year, organizers say the decision to go 100% virtual was not an easy one, but it was the right thing to do for the safety of the community.

“We are making the most of a tough situation,” said Leianne Lamb, president of Contemporary Asian Theater Scene, or CATS, a San Jose-based nonprofit that produces the film festival. “COVID-19 has hit people hard emotionally, and they need an escape. In a way, we see this online shift as a blessing in disguise because now a lot more people, including those outside Northern California, will be able to experience all these wonderful films we are showcasing this year.”

The Silicon Valley Asian Pacific Filmfest, or svapfilmfest, will open on October 2 and runs through October 10th. The event will feature more than 70 films in 20 plus categories. This year’s theme is “Re-Connect” and the film festival will span one week, compared to three days last year.

Festival-goers will get to watch the films online and on-demand, with several viewing options including a “Festival Pass”. This option allows festival-goers to pay a one-time price of $50 dollars to access all of the films being showcased, but each film can only be viewed once.

“We honestly think this is an amazing deal and you can watch all these films from the comfort and safety of your own home!” said svapfilmfest’s co-chair Cindy Toy. “As a volunteer run group, we want to make this festival as accessible to as many people as possible and you can’t beat the lineup and the diversity of the films we have this year. Our selection committee received thousands of entries from across the country, and we had to pick the best of the best representing a variety of stories and issues.”

The svapfilmfest showcases independent films primarily by Asian American Pacific Islander filmmakers. The stories behind many of these films offer a glimpse into the relevant issues affecting our times, including the upcoming U.S. presidential election. One of the documentaries being screened is called And She Could be Next by filmmakers Grace Lee and Marja Safini. The film highlights the fight for social justice and how women of color running for office are transforming this country, one grassroots campaign at a time.

Other films in the festival appeal to America’s growing appetite for a diverse food culture. For example, Roots & Wings: Yana Gilbuena tells the story of a female chef on a pop-up mission to spread the love for Filipino food to all 50 states in the U.S. Co-producer and director, Lisa Yadao, spoke about her work during one of the festival’s preview discussions streamed on social media.

“There’s an absence of women being featured on the (food and travel) shows here in this country, more so, women who look like us,” said Yadao. “So what we wanted to do was seek out these women like Yana, who are doing important work educating and bringing the communities together, while bridging cultural gaps.”

Other notable categories in this year’s svapfilmfest includes stories about the LGTQ communities and ones focusing on healthcare, including those involving caregivers and  depression.

“These are subjects that are still very difficult to discuss in many AAPI families,” said Leanne. “We want to show through these films that they are normal and natural and we need to break down the stereotypes.”

You can find a complete list of films for the 2020 svapfilmfest at https://svapfilmfest.eventive.org