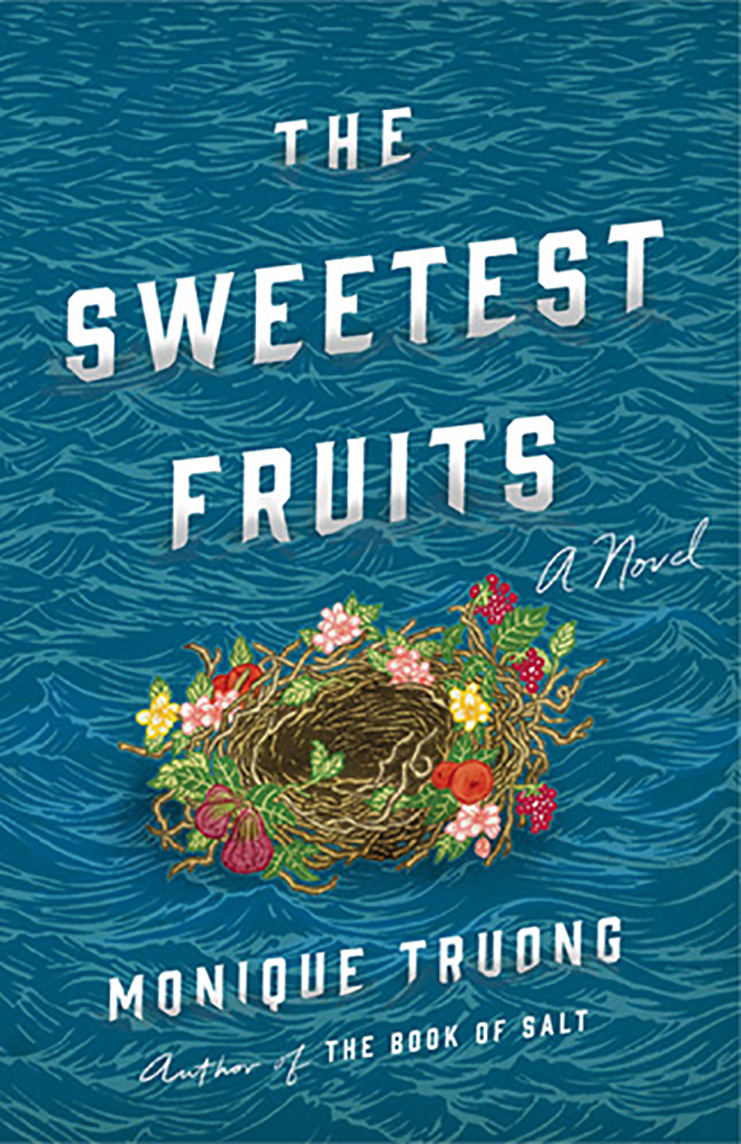 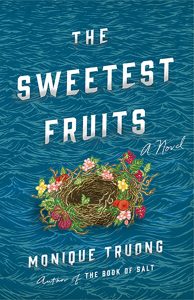 What remains of a person after passing from the earth?  For both the famous and not, it is the memories of the living who keep the departed from disappearing completely when the heart stops beating.  It is those memories that Monique Truong so adroitly taps in conjuring up the spirit of Lafcadio Hearn (1850-1904), the most celebrated chronicler of Meijii Japan, in her new novel, The Sweetest Fruits.  But these are not just any memories and this is not just any novel. Truong recreates the voices of three extraordinary women who knew him best and in ways the world did not.

Today Lafcadio Hearn’s (1850-1904) legacy remains because of Masaki Kobayashi’s classic Japanese film, Kwaidan (1964), which draws upon his ghost story collection from 1904. However, his literary output ran deep and wide, crossing a wide range of topics, genres, and international borders. In his day, his writings rivaled the success of Edgar Allan Poe, Mark Twain and Robert Louis Stevenson. Known for his careful reporting of details, his fearlessness in taking on the most gruesome topics, and his venturing into the underbelly of the forbidden dark corners of society, Hearn first found success in Cincinnati and later in New Orleans.

Given that his writings were literary gold and that print media was king, Hearn was offered a commission to go to Japan in 1890. Although the deal fell through, he remained there and he would finally find a home and a level of success that he never could have imagined growing up.

None of this success was ever inevitable; if anything, his early life seemed to have pointed him toward a path of doom and obscurity.  The more interesting story is not his literary legacy, but his life that traversed nearly the circumference of the globe. The many places he lived — the Greek island of his birth, Ireland, England, and places in the New World — were merely residences, and never home.  He lived in constant exile, unhinged from any single cultural anchor. Perhaps only in Japan, he finally settled, took on a Japanese name, married, had children, and he found that place of peace.

However, it is in the grit and the bitterness of tragedies suffered by women along the route, where author Monique Truong finds the “Sweetest Fruits” of fictional narrative. For this novel is not Lafcadio Hearn’s, but rather it belongs to the women of his life, who again are living and breathing, thanks to Truong.

The story begins appropriately with Lafcadio Hearn’s mother Rosa Antonia Cassimati on the Greek Island Lefcada. The story Rosa tells has a brief burst of sunshine that comes with love and marriage to a British soldier of Irish descent, but descends into an endless storm of alienation, both on her home island and in exile with in-laws in England and Ireland. Desperate choices have to be made, which have life-long consequences for her much too young son.

The story telling continues with Althea Foley, with whom the 23-year-old Hearn finds not only forbidden love, but an illegal one as well. Born in slavery and freed after the Civil War, Althea meets the mysterious writer from Ireland in a Cincinnati boardinghouse, where she is employed as a cook. Their illicit love grows unseen there, and remains so into marriage, because such interracial unions are illegal.

Setsuko Koizumi manages to tell her story while still in the fog of grief due to her husband’s recent and sudden death.  The adjustment will be severe for this now single mother of four children, and income will have to come from mining her departed husband’s fame.  But for Setsuko, this requires facing more grief by digging into memories of their times together.

The real genius in The Sweetest Fruits comes from the unseen pen of author Monique Truong, who allows each woman to speak her mind, and words are freed after years of being silently bound.  Each woman’s voice has a unique speech pattern and the ways they think are clearly different.  Both Rosa and Althea are illiterate, yet their intelligence is apparent in their inventive language and syntax, and it takes little effort to feel Setsuko’s Japanese sensibilities and hear her first language coming through.

Truong’s skill in framing these three separate narratives also shows her deft hand. She perfectly paces the unfolding mystery of the unconventional Hearn, formed only from the clay created out of the fragmented memories of women who witnessed Lafcadio in different guises, places, and eras. There are challenges in just understanding what you are hearing from these women’s voices, but the author provides enough substance to sustain difficulties and just enough light to show the way through.

Playing a unifying role is Elizabeth Bisland, Lafcadio Hearn’s first biographer and a contemporary of Hearn. Excerpts of that actual 1906 book tie the women’s discrete narratives into a coherent whole and appear as short interludes and introductions. Truong further weaves Bisland into those narratives as an off-stage interviewer, as Elizabeth’s presence is felt as the women speak and acknowledge her, yet she is never seen nor heard by the reader.

Truong’s and Hearn’s women buckle, but do not break, under the weight the tragedies of life and often for just being women, for this is an era when gender injustice was the rule and women were considered less than human. But thanks to Truong’s perfect rendering of their voices, justice has finally spoken and those women’s voices find both life and peace in The Sweetest Fruits.

Monique Truong will be at Elliott Bay Books on Oct. 10 to read from The Sweetest Fruits.