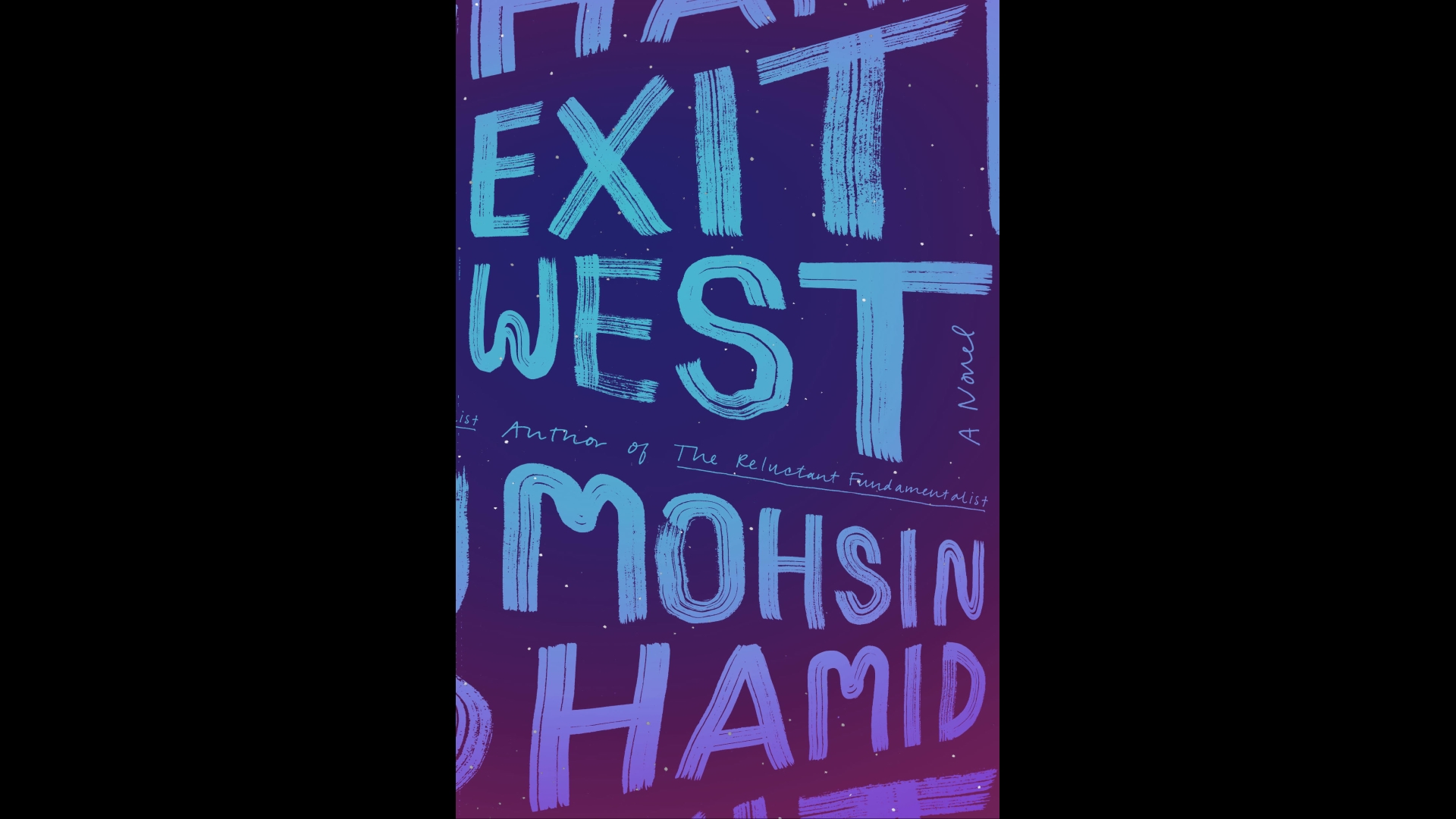 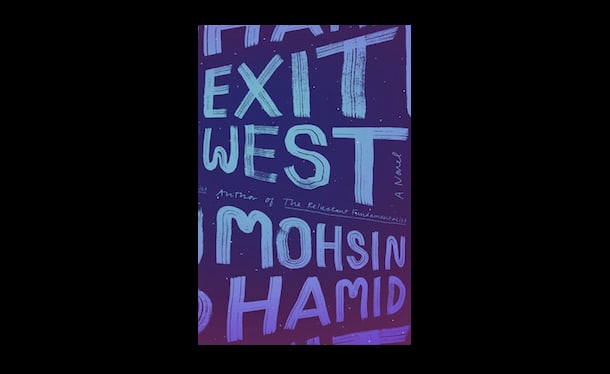 Mohsin Hamid’s Exit West (New York: Riverhead Books, 2017) is a novel for our times. This is the fourth work of fiction by Pakistani writer Mohsin Hamid whose earlier novels Moth Smoke (2000), The Reluctant Fundamentalist (2007), and How to Get Rich in Filthy Asia (2013) have established his reputation as an important South Asian literary figure. As we grapple each day with news stories about cities destroyed by civil war, of people fleeing violence and living in refugee camps, of countries refusing to admit refugees because of security risks, of rising xenophobia and racism against refugees, Hamid’s novel takes us into the world of a young couple, Saeed and Nadia, and their lives as refugees.

The novel is set in an unnamed Islamic country and in an unnamed city where Saeed and Nadia meet while taking an evening class in “corporate identity and product branding.” She works in an insurance company and he is in advertising. Although she wears a black robe that covers her from head to toe, she lives alone in a small apartment, smokes weed, dates men, and has sex with them. He lives at home with his loving parents, dreams of traveling the world, and is in love with Nadia.

As their romance blossoms, the city descends into civil war and neighborhoods become war zones, windows make homes and people vulnerable to bullets, and there are food shortages. When Saeed’s mother falls victim to the violence when searching for a lost earring in her parked car, the couple move in together into Saeed’s apartment and consider leaving the country and taking his father along. Rumors abound in this country that there are secret doorways that offer magical passage to other cities and countries around the world. This Narnia-like plot device allows Hamid to focus less on perilous passages and more on the issues of exile, assimilation, home, and belonging.

The couple pay an agent to facilitate their transport but are unable to persuade Saeed’s father to go with them. They are transported first to Mykonos and from a refugee camp there, they manage another transit through a portal to London where they find themselves in a mansion in the city. There they meet other people who have fled their countries as well to find security in London. They, too, have made their passage through secret doors that magically transport them. Interspersed with Saeed and Nadia’s stories are vignettes that tell of others who see people emerge through portals or who make passages through portals into newer lands. These vignettes make the narrative less about a couple and more about the reasons why people flee and what helps them thrive.

While borders and boundaries seem fluid and porous and easy to cross, they are also perilous in that one does not know where one might find oneself. Thus for people to survive and thrive, they must be remarkably adaptable. At a newly emerging tent city on the outskirts of London, Saeed helps a family resettle as part of his volunteer work. The family of three—a mother, father, and teenage daughter—arrive with a few bundles and within an hour transform a tent into a home with their sparse belongings. They settle into a space where food is predictably available and some modicum of privacy offered by tents. Even if no one speaks their language, they can still communicate because of their shared experience of dislocation and resettlement. Saeed and Nadia eventually find their way to the San Francisco area in yet another refugee settlement.

Hamid explores the relationship between Saeed and Nadia and how each of them changes during their shared journey. The young lovers whose romance enabled their escape together find their relationship evolving into companionship and eventually each one grows into a different person. One yearns to keep moving and not put down roots while the other seeks community with people from the homeland who are similarly displaced. Thus this novel is not just about refugees and their hardships, it is also about relationships and resilience, of community and culture, and of nations and belonging in a rapidly changing globalized world. Hamid’s writing is lyrical, the narrative tightly constructed, and the novel unsettles all we might have thought we knew about war, refugees, and the world we live in.

Mohsin Hamid will be discussing this novel on March 18, 2017 at Seattle University’s Pigott Auditorium at 2:00 p.m. Event hosted by Tasveer as part of Aaina 2017. For more information, visit aaina.tasveer.org/2017.