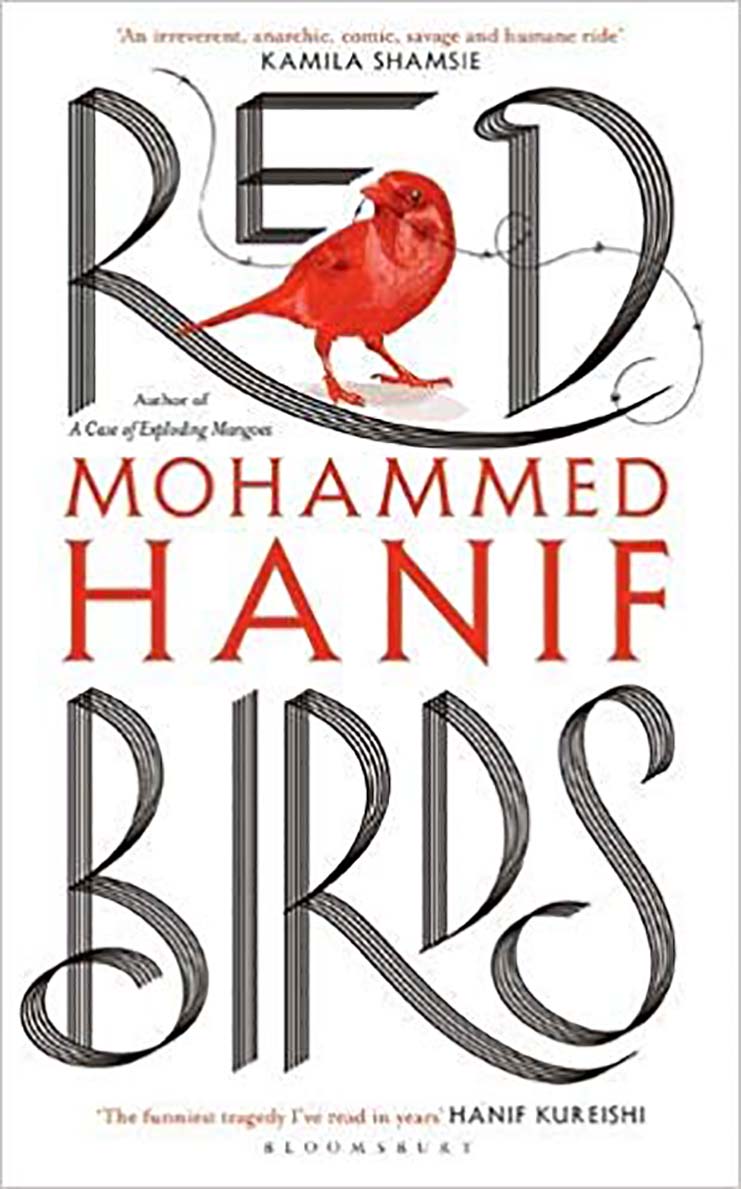 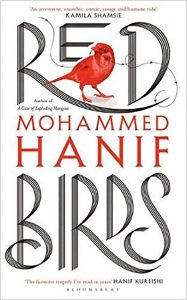 Author of two prior novels, A Case of Exploding Mangoes (2008) and Our Lady of Alice Bhatti (2011), Mohammed Hanif is known for his dark, absurdist humor and satirical political novels about Pakistan. Red Birds follows in a similar vein, and this time the target of his satire is the West (especially the U.S.), and the war we wage in the Muslim world.

Told from the perspective of several narrators, including Mutt the dog, the novel illuminates the absurdity of an endless war whose players are forgotten and for whom war is their only reality.

Set in a forgotten camp in a desert somewhere in South Asia or West Asia with a Muslim population experiencing endless bombing by American aircraft, the narrative has a memorable and curious cast of characters. They include Momo, the plucky and entrepreneurial teenager; his devoted dog Mutt; Ellie, an American fighter pilot who is sent to bomb the camp but crashes his plane; Momo’s parents; his disappeared brother, Ali; an American NGO worker Lady Flowerbody; and a vegetable farmer turned doctor.

In the midst of this camp is an abandoned Hangar that used to be the site of a USAID office, which is now in ruins. Ellie arrives at this camp after having ejected from his plane and landed in the middle of the desert where he is discovered by Mutt who is hiding from Momo who kicked him and broke his leg.

A remorseful Momo comes looking for Mutt and finds Ellie and takes him back to the camp in his stolen USAID jeep. Ellie hopes that the rescue will give him food, water and an escape route back to the U.S., and Momo hopes that by rescuing Ellie, he can negotiate with the USAID who took Ali (or as Momo sees it, to whom his father sold his first-born son).

The narrative alternates between several points of view. Momo’s acerbic assessment of life in a war zone, the opportunities for making money inherent in it, and his manipulation of Lady Flowerbody who is studying his “Young Muslim mind” are dark yet funny.

Hanif satirizes American military training and mindset through Ellie who flies missions daily, returns in time for dinner and to take out the garbage, and deeply believes in his cultural sensitivity training about Muslims and their world.

Perhaps, the most reliable narrator is Mutt, Momo’s loyal dog, who categorizes the world and assesses people through their smells. Loyal to the point of endangering himself constantly, Mutt offers the reader an animalistic point of view in a world where the notion of humanity has no meaning.

The novel’s conclusion is brilliant and surreal as the rag tag team of mother, father, Momo, Ellie, and Mutt go off to rescue Ali from the hangar.

Hanif’s narrative is a dark and biting satire that carefully walks the line between humor and bitterness. For American readers, this novel is disturbing as they are compelled to recognize their own complicity in an endless war funded by their taxes in the name of democracy and security. This is a brilliant novel for our times.