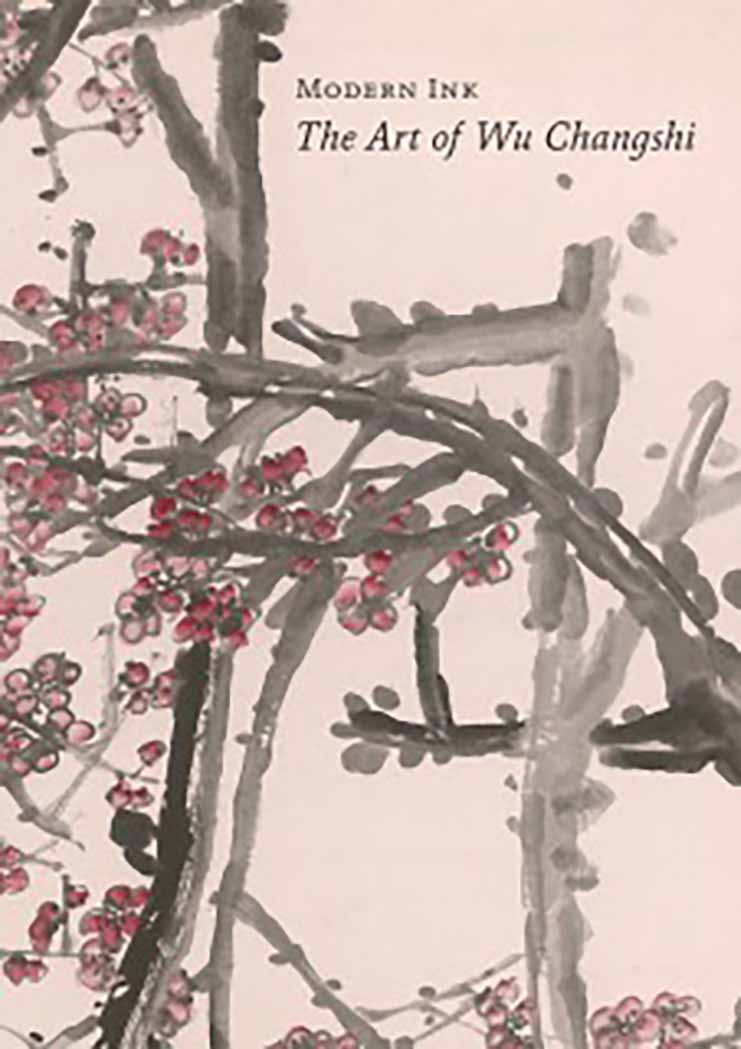 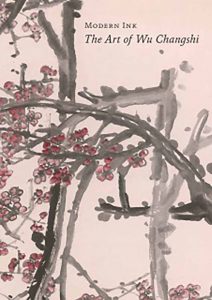 The Modern Ink series features innovative painters starting from “the first Opium War in 1840 and ending with the beginning of the Cultural Revolution in 1966. [The period] was characterized by profound political, economic, and social upheaval as China transformed itself from a feudalistic monarchy to a modern nation.” Art also underwent revolutionary changes, synthesizing old, new, East, West, tradition and individuality. These are my impressions of the third volume of Modern Ink: The Art of Wu Changshi.

The Art of Wu Changshi

“Wu Changshi (1844–1927) was an extraordinary artist and a major force in late-nineteenth- and early twentieth-century Chinese art. A true literatus in a changing cultural landscape, he combined the traditional scholarly arts with popular subject matter in a manner that would revolutionize painting.”

He lived in the most turbulent times of Chinese history, with the overthrow of the 4000-year-old dynastic system, the “deadliest civil war in human history”, disease, starvation, and the opening of China to Western trade, influence, and domination. China was opening to the world, and Wu had access to a wide array of modern and Western images and ideas. To develop his art, Wu turned not to the modern, but to the ancient. Through his deep love and study of stone engravings of ancient Chinese calligraphy, he absorbed its style and techniques, and applied them to his own calligraphy and painting. He led Chinese art through a major evolution rather than a revolution.

This book is aimed at an enthusiast of Chinese art. It is much more enjoyable if the reader has some understanding of Chinese calligraphy and the history of Chinese art. I loved reading this well-researched book. The illustrated catalog of beautiful art is a pleasure just to leaf through. The close-up photos allow the reader to savor the artist’s brushstrokes and ink play. The book has scholarly essays, detailed and insightful analyses of 29 of Wu’s masterpieces, Chinese texts printed in the standard easy-to-read format, translations into English, and additional well researched appendices (chronology of his life, a study of his seal carving, and transliterations/translations of his poems). As a book about an artist, it is like a tasty, beautiful, and nutritious meal.

This book has turned me into a fan of Wu. I’ve looked at Wu’s paintings since I was a child, and found them hard to enjoy, and hard to distinguish among so much work in the “same” style. Having read this book, I’ve learned that Wu is the father of this style of flower paintings; I see how his art rises above the crowd. I now truly appreciate Wu’s tremendous genius, skill, and creativity. One essay traces his path to become the most innovative artist of his time. Another examines his legacy: his profound influence on Chinese artists.

The catalog of 29 pieces is arranged into three categories: calligraphy, flower/plant paintings, and landscapes. Each category is presented chronologically so we can gauge Wu’s evolution as an artist.

In the flower/plant paintings, we find out the innovative breakthroughs from how he composed with unusual arrangement of branches, how he balanced calligraphy and image, and how he manipulates ink and color to “juxtapose pictorial elements”. All these contributions would inspire countless artists. “It is no exaggeration to say that every single practitioner of xieyi (free-form) flower-and-bird painting from the twentieth century onward was in one way or another a student of” Wu’s style.

In the landscape section, we see a new way of painting landscapes, where Wu abandoned the traditional texture strokes with his bold calligraphy-inspired brushwork. Catalog #27 shows his progression toward a style of landscape totally his own, where the brushstrokes are “not about natural form or even conventional form”, but fuse into an abstract painting.

One suggestion for future volumes in the Modern Ink series, is to make the Chinese text in the margin larger, sacrificing some design nicety for readability, especially since some of the Chinese characters are very complex.

Having the full inscription in both Chinese and English is wonderful, because the inscription (poem, notes, signature, seal) on a painting is just as important as the image in a painting. Inscription and image interact visually, as well as give meaning to each other. It’s like music and dance together. For example, Wu’s inscriptions help us realize that many of his paintings are “portrait(s) of his own state of mind”, as in Catalog #3, 10, 16, 29.

It is a joy to read this book about the artistic genius Wu Changshi. His art is beautiful and filled with personal meaning, as he states, “Sometimes a single rock or flower or figure not only expresses good wishes, but also represents love and humanity. To enlighten people about the great Dao (Tao) in the universe, even one small flower or stone can express the fullness of Dao itself.”