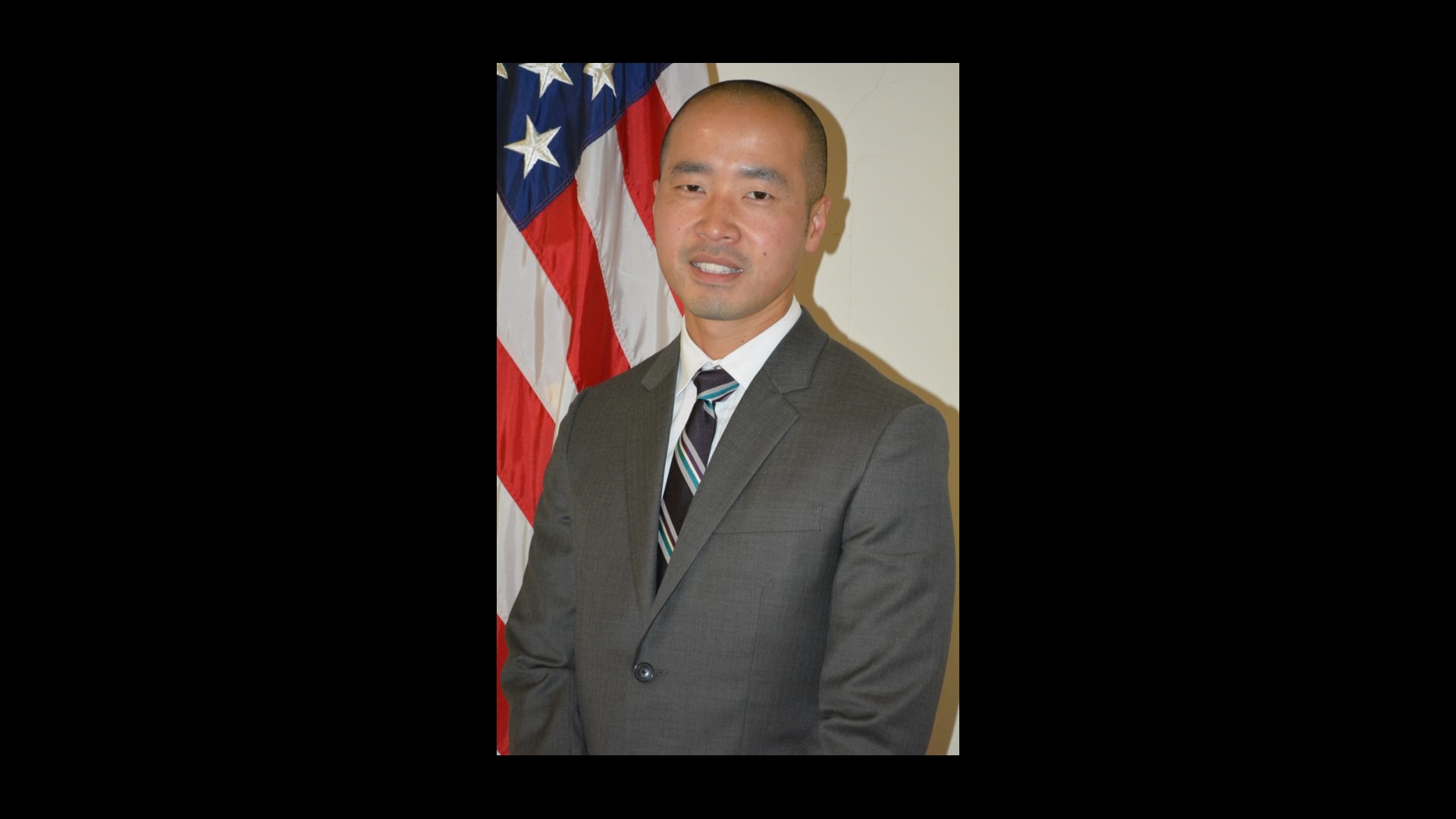 Ever since President Bill Clinton established the White House Initiative on Asian Americans and Pacific Islanders in 1999, there’s been a bridge between AAPI communities across the country and the federal government agencies that serve them. But on February 15 this year, 10 members of the President’s Advisory Commission on Asian Americans and Pacific Islanders (AAPIs) resigned in protest of the Trump administration’s policies, saying they were incompatible with the Commission’s goals and values. Just six commissioners remain.

In a letter to the Trump administration, the resigning commissioners condemned Trump’s proposals to undo the Affordable Care Act, cut funding to sanctuary cities, ban refugees and citizens from seven mostly Muslim countries, build a wall at the Mexican border, and deport millions of undocumented immigrants. All of these policies, the commissioners wrote, would be harmful to the AAPI communities they represent.

In the letter, the commissioners also objected to Trump’s “portrayal of immigrants, refugees, people of color and people of various faiths as untrustworthy, threatening, and a drain on our nation,” they wrote. “We, and the communities that we represent, have worked diligently to make America great.”

Michael Byun, appointed to the Commission by Obama in 2014, was among those who resigned in February. Byun is originally from Washington state and earned a Masters in Public Administration from the UW. He’s worked for over 20 years on AAPI issues, including health disparities and immigrant and refugee affairs. Byun has lived mostly in Ohio since 2007 and serves as chair of Ohio Gov. John Kasich’s AAPI Advisory Council. Byun spoke to the International Examiner about his decision to resign from the commission, why it’s important to have a bridge between AAPI communities and the federal government, and what President Trump’s AAPI policies might look like. The interview has been edited for length and clarity.

International Examiner: Why is it important to have a White House commission on AAPI affairs, and what are some of the most significant things it’s accomplished during the Obama presidency?

Michael Byun: Asian Pacific Islanders are the fastest-growing ethnic minority in the U.S. And with that in mind, I think that there’s an opportunity for the federal level government to better interact with our communities with that growth. And that’s a really important thing for this country, where if the institutions that support and care about us, protect us, are representative and reflective of our society, including those of AAPIs, it’s really important.

That’s a real big reason why I think the work of the President’s commission was so important, because we were this conduit. We as commissioners are also reflective of the community. Whether you’re a nonprofit advocate or a nonprofit organization leader, whether you’re a medical professional or you’re in the business sector, we brought these interesting perspectives that added to this narrative of a very diverse AAPI community. So the president’s commission, when Obama reconstituted that through his executive order, helped to continue to build that bridge that was started by predecessors prior to President Obama—President Clinton to President Bush.

I think through the Obama administration, we saw that the commission had a broad range of issue areas that we were working on. We weren’t just narrowly focused on say, economic development or focused just on health. We were really broad- ranged in our charge to represent a broad array of services and a broad array of federal agency activities. That was wonderful.

Data disaggregation is one area, language access is a really important area across the different federal agencies as well as in the specific programs within different federal agencies, for example in HUD Housing. Many in our community are challenged with language and language acquisition, so focusing on language access is really critical. Another key area that was really important to us is access to healthcare. Working on language access to ensure that the health insurance marketplace is accessible for people regardless of language background. So those are just a few examples in which I think we made some good progress.

IE: What’s the story of how you and the others resigned from the commission?

MB: In advance of the inauguration of President Donald Trump, there was a lot of conversations within the commission in terms of where we were as a commission and how we should proceed, because we weren’t sure at that time what to expect. There were some commissioners in advance and at the day of the inauguration that did formally resign. There were others that stayed on. Each of us made our own decision to do so. And that all kind of came to light with the executive order, where Trump came out with this very vicious, hateful executive order that was creating this major divide in this country versus bringing people together, but also identifying immigrants and refugees and others in an American narrative where we are all the same people. And that was just the last straw for myself and I think for the others who made the decision to formally resign at that time in February.

In my own case, I’ve had some time to be in the Midwest, and I also right now currently serve as the chair of Gov. John Kasich’s Asian American advisory council in the state of Ohio. And the amount of time that I’ve spent living in Ohio has really given me a very different perspective, a more pragmatic perspective, about issues and about how to look at policy, and that is the reason why I felt like, ‘Okay, we work this way in Ohio, maybe I’ll stay on and see how things progress.’ But I think the EO was the last straw. [It] caught me off guard, made me extremely upset that this president was not one to work in a compromising and reasonable way, and I knew that I could not make much more progress in my role, so that’s why I decided to resign.

IE: What do you think the Trump administration’s stance is on AAPI issues? Do we know?

MB: This is again my own personal opinion and does not reflect the opinions of the commissioners, those who stayed on. My guess based upon what I’ve seen with [Transportation] Secretary Elaine Chao being appointed, that we will see a focus in terms of commerce and labor and economic development.

My sense is that the direction is going to be very narrowly focused and not going to have the breadth and depth that the commission did when we were under President Obama. So the responsibility then rests with our communities and our community-based organizations to figure out how to ll that vacuum that has been left. Because if the Trump administration moves in this direction where the focus is very narrow, we do want to see continued progress in those areas that I had mentioned earlier.

IE: So far it’s unclear if the Trump administration will renew the commission. What’s at stake it it’s not renewed?

MB: A good example of what is frightening is the fact that upon the new administration coming into office, the entire archive of AAPI work—the body of work of the commission and the White House Initiative on AAPIs, as reflected in the website portal—was completely disappeared, it completely disappeared. So that website, which chronicles the work, which was a resource hub, is no longer there. And so if that is a good kind of metaphor or reflection of how the administration moves forward, it is definitely frightening.

In the Obama administration we were making tremendous progress in ensuring access for our AAPI communities to federal agencies and resources and services. And now it’s going to take some time for that to be revived and for us to continue to do that work. And I feel like we’re going to be stalled, unfortunately.

IE: Many would say Trump’s policy positions on other minority groups have been based on stereotypes, and borderline or outright racism. But it doesn’t seem he’s made too many statements about the AAPI community in the same way as he has about, say, Latinos. Do you think the Trump administration’s approach to other minority groups says anything about how it might approach AAPIs?

MB: I think your, kind of, insinuation is very accurate. I’m concerned that this administration does not have strong cultural competence. I’m concerned that they may be perpetuating different stereotypes, whether good or bad, and I’m also concerned that within our AAPI communities we will not be separated from other minorities. We believe that the needs and the concerns of Muslim Americans are as important to us as AAPI issues. And so as much as the administration’s rhetoric is divisive, we’re going to stand strong in solidarity with all of our communities that are impacted negatively by the Trump administration.