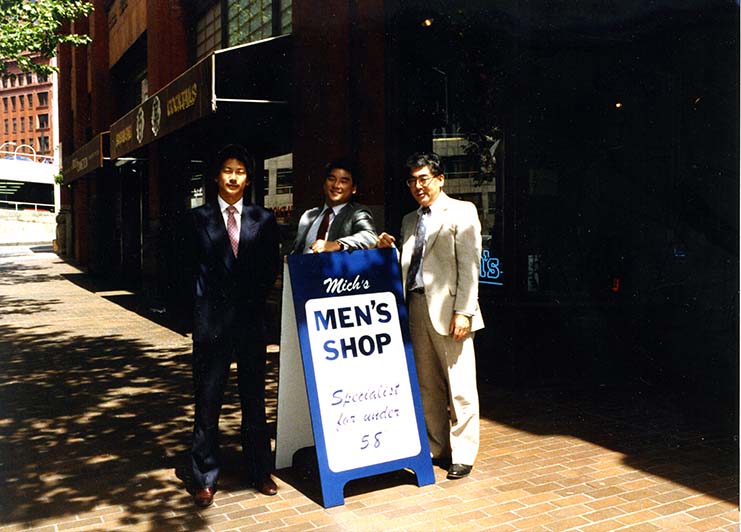 Martin “Mich” Matsudaira, longtime community leader and founding executive director of the Washington State Commission on Asian American Affairs will be remembered on Saturday, April 27 at 11 AM at the Immaculate Conception Church in Seattle.

Matsudaira, who passed away on March 24, was born on November 12, 1937 to Thomas and Theresa Matsudaira. He was one of 14 siblings. His family was incarcerated in Minidoka, Idaho during World War II. Mich’s older brother was artist John Matsudaira, a member of the celebrated “Northwest School,” which included George Tsutakawa, Kenneth Callahan and Paul Horiuchi.

“Mich understood the power of collective action and advocacy, and helped institutionalize a seat at the Governor’s table for our diverse communities,” said CAPAA executive director Toshiko Hasegawa.

Diane Yen-Mei Wong, who succeeded Matsudaira as the second Commission executive director, added, “Mich took a brand-new organization and developed a strong relationship with the community and the state government.”

CAPAA will celebrate its 45th anniversary on April 13 at Eden Seattle.

Mich was a longtime member of the Seattle Chapter of the Japanese American Citizens League, serving as President in 1974. In the 1970s, he also volunteered with the Campaign for Human Development, the national anti-poverty program of the U.S. Conference of Catholic Bishops.

Matsudaira, employed as an industrial engineer and manager for the Boeing Company before joining the Commission, later opened Mich’s Men’s Shop in 1978 in the International District at 662 South Jackson Street. At the time, department stores and clothiers did not carry formal attire suitable for shorter adults. The store later moved to Belltown, then to Pioneer Square. Matsudaira returned to Boeing to work on labor forecasting before finally retiring.

“Dad was a real people person,” Mich’s eldest child Mark recalled. “We were all very proud of him. He was on the road a lot. When he was gone, we missed him. He was a very loving dad. He did things that surprised us.”

Mark remembered the five-foot tall fort that his father constructed when he was a youngster. “I saw the plans in the garage,” Mark said. “Me and my siblings – we kept bugging him to make it. One day, I came home from school and it was up. It was made of 4x4s. It was on stilts. There was a crawl space, and it had a rope ladder. He put it in the backyard of our house in Renton. That’s the thing about my dad – when he made up his mind to do something, he got it done. That’s how he was.”

Matsudaira is survived by his four children Mark, David, Melissa and Scott, nine grandchildren and one great-grandchild. The family has asked that in lieu of flowers, donations be made to the Nisei Veterans Committee.