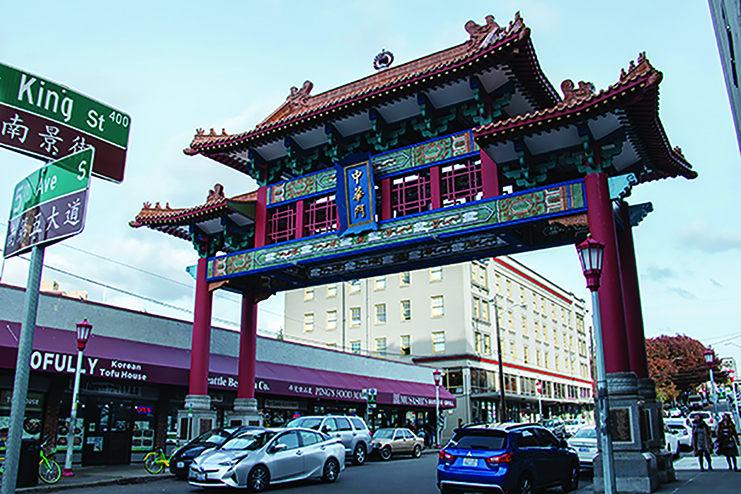 Twelve years after first being elected to Seattle City Council, City Council President Bruce Harrell decided not to seek another term in this year’s District 2 election, marking a new era of city representation in the neighborhoods of Beacon Hill, Columbia City, Rainier Valley, SoDo, and parts of Chinatown International District.

Morales finished first among seven candidates in the primary with 50.07% of the vote. A community organizer with Rainier Beach Action Coalition and former co-chair of Seattle Human Rights Commission, Morales has spent the bulk of her career working to better the lives of working-class families and communities of color.

Solomon, a crime prevention coordinator with the Seattle Police Department, received 23.19% of the vote. A third-generation Beacon Hill resident, Solomon served in the U.S. Air Force for 30 years before retiring in 2012 as a lieutenant colonel. His previous experience has focused primarily on issues of public safety and community engagement.

Of all the issues facing this diverse district, none have been more pronounced than policing and police accountability. Along with District 7 (Pioneer Square to Magnolia) and District 3 (Central Seattle), District 2 has consistently been home to some of the city’s highest rates of property and violent crime.

“We need to increase our staffing so we can provide for better security throughout our communities,” Solomon said at a Seattle City Club debate in September. “We need to make sure we have enough resources… to do more proactive policing, to do more relational policies, and really work on reducing violence in our community.”

Morales doesn’t think Seattle needs more police officers. Instead, she believes the city needs to  expand existing crime diversion programs such as Law Enforcement Assisted Diversion (LEAD) and wants to enact a firearm-tracing law in order to keep guns off the street.

“Guns are everywhere,” she said at the debate. “We have to do what we can to increase their security and to make sure that we are advocating for responsible gun ownership.”

Another issue of great importance to District 2 as well as the rest of the city is homelessness. In 2019, roughly 11,200 people were counted as homeless, in emergency shelters or in transitional housing in King County.

Morales has called for the end to unauthorized homeless encampment clearings by Mayor Jenny Durkan’s Navigation Team, calling the sweeps “inhumane” and “a waste of city resources.” In September, she said she would further study six new taxes and strongly look to pass at least one within her first year of office that would minimize Seattle’s regressive tax system and go toward developing affordable housing.

Solomon believes the council needs to make “smarter investments” in spending city dollars on homelessness. He wants to see City Hall partner with businesses and religious institutions to provide services for the homeless and thinks the city should invest only in solutions to homelessness that have already been proven to work.

This election cycle marks Morales’s second time running to represent District 2. In 2015, she was narrowly defeated by Councilmember Harrell, trailing by a mere 344 votes. Solomon, however, is a first-time candidate.

In July, Morales found herself in the midst of controversy with Mayor Durkan after Durkan took to her personal email account to endorse Solomon.

“Adding another socialist like Tammy Morales… to the city council will cause more division in our city,” wrote Durkan.

Morales pushed back on Durkan’s characterization, telling The Stranger, “I don’t claim to be a socialist, but I think it’s ridiculous for someone to try to use it as a scare tactic.”

Morales joined the Democratic Socialists of American, a socialist political party, in January, but has stated she does not consider herself a socialist.

In addition to Durkan, Solomon has been endorsed by The Seattle Times, former Seattle Mayor Norm Rice, the Seattle Police Officers Guild and Fire Fighters Local 27.

Ballots for this year’s general election were mailed out on Oct. 16. The election will take place on Nov. 5.

This article originally incorrectly stated that Tammy Morales said she would introduce six new bills that would minimize Seattle’s regressive tax system and go toward developing affordable housing. It has been corrected to state that she would study and strongly look to pass one new bill.