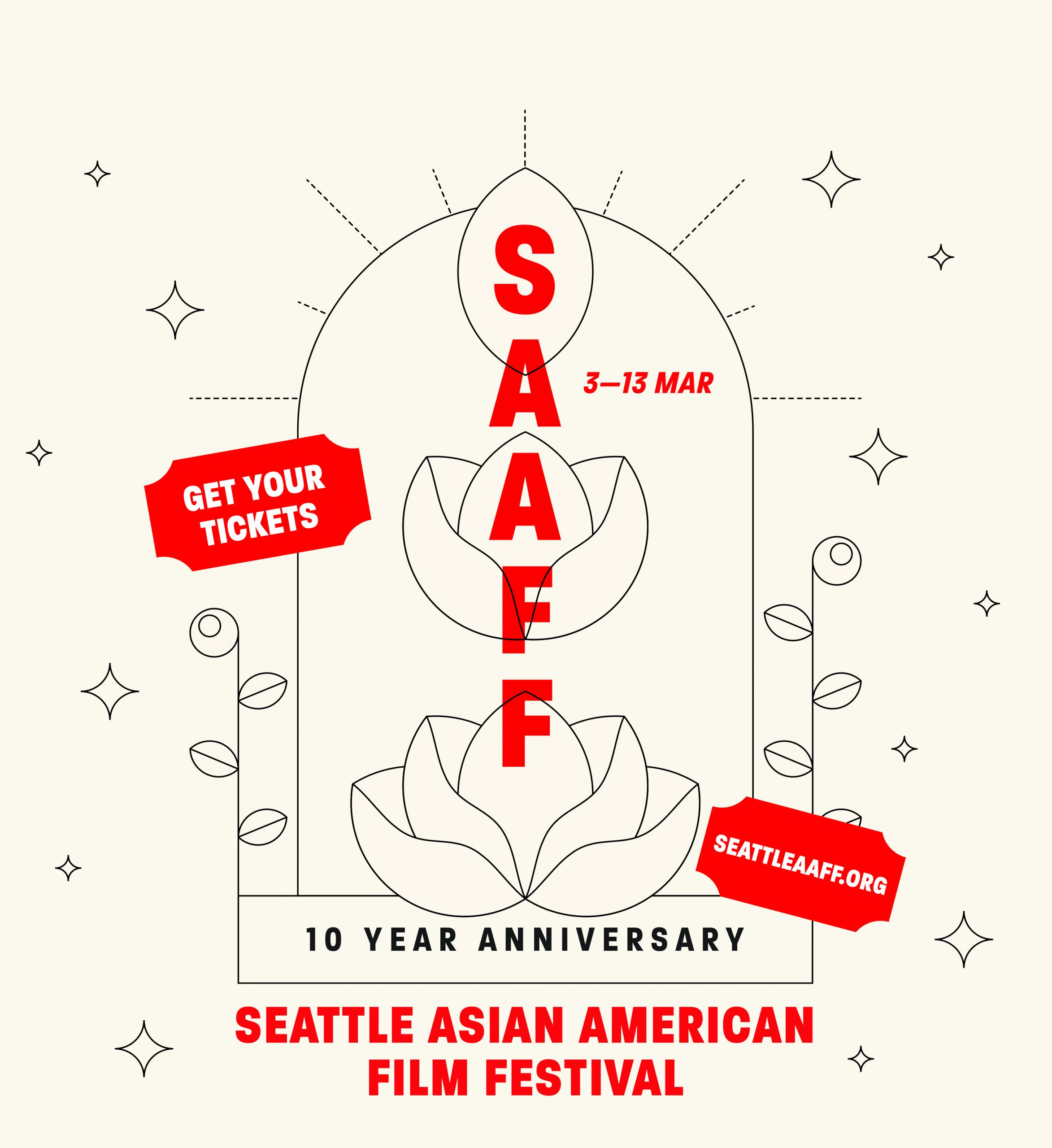 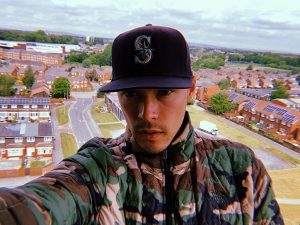 JJ Augustavo
Jon Jon “JJ” Augustavo is a Filipino-American filmmaker born and raised in Seattle, Washington. He currently works out of Los Angeles as a film, commercial and music video director. JJ is a graduate of Art Center College of Design’s Graduate Cinema program in Pasadena, California. He’s directed unique projects for brands like Adidas, Jordan and Playstation and has over 3 billion views of his video works with artists like Shawn Mendes, Kygo, Mike Posner and Macklemore. JJ’s music videos have won a handful of international awards. His shorts have screened at various festivals, notably Just a Kid from $eattle at Sundance in 2018. JJ is repped by WME and Redefine Ent for film and television and MSSNG PECES for commercials. JJ is currently developing several feature-length films, notably the Just a Kid from $eattle feature with producers Asher Goldstein, Destin Daniel Cretton and Stephen “Dr” Love. 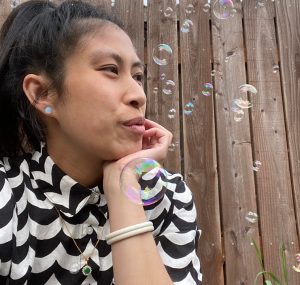 Doan Diane Hoang Dy
Doan Diane Hoang Dy is a 2nd generation Vietnamese American mom born on Duwamish Land (Seattle). She studied at the University of Washington in American Ethnic Studies with a focus on Asian American Studies. Doan works at the Wing Luke Museum as the Senior Tour Manager. Doan likes to skateboard, you can follow her at @darkestbeforedoan.skates! 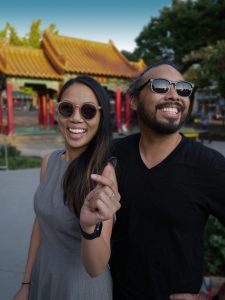 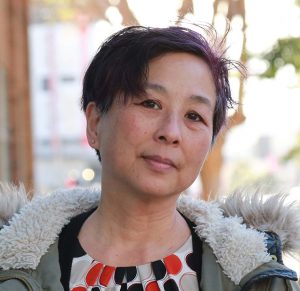 Valerie Soe
Since 1986 Valerie Soe’s experimental videos, installations and documentary films have won dozens of awards, grants and commissions and have exhibited at film festivals, museums and galleries worldwide. Her feature documentary, Love Boat: Taiwan, was released in 2019 and won the Audience Award at the Urban Nomad Film Festival in Taiwan, and has played to sold-out festival audiences across North America and in Taiwan. Her short documentary, Radical Care: The Auntie Sewing Squad (2020) won a Director’s Choice Award at the 2021 Thomas Edison Film Festival and the 2021 Best of Bernal Award at Bernal Heights Outdoor Cinema. Her writing has been published in books and journals including Countervisions: Asian American Film Criticism; The Palgrave Handbook of Asian Cinema; Amerasia Journal, and Asian Cinema, among many others. Soe is the author of the blog beyondasiaphilia.com (recipient of a 2012 Art Writers’ Grant, Creative Capital/Andy Warhol Foundation), which looks at Asian and Asian American art, film, culture and activism. She is Professor of Asian American Studies at San Francisco State University. 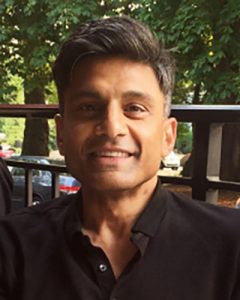 Chandan Reddy
Chandan Reddy is associate professor in the departments of the Comparative History of Ideas and the Gender, Women and Sexuality Studies at the University of Washington, Seattle. His book, Freedom With Violence: Race, Sexuality and the U.S. State (2011) from Duke University Press won the Alan Bray Memorial award for Queer studies from the MLA as well as the Best Book in Cultural Studies from the Asian American Studies Association, both in 2013. He is co-editor (with Jodi Byrd, Alyosha Goldstein, and Jodi Melamed) of the special issue, “”Economies of Dispossession: Indigeneity, Race, Capitalism,” Social Text (Spring 2018). His recent publications include, “Convergence, Dissymmetry, Duplicities: Enactments of Queer of Color Critique,” Cambridge Companion to Queer Studies, Siobhan Sommerville, ed. (New York: Cambridge University Press, 2020). And he is co-author with Jodi Melamed of the forthcoming book, Operationalizing Racial Capitalism: On Liberalism’s Command Powers with Verso University Press. 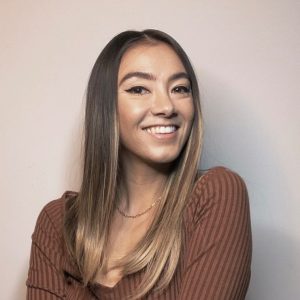 Hollis Wong-Wear
Hollis Wong-Wear is a Grammy nominated independent music artist, songwriter, director, producer and facilitator who lives and works between Seattle and Los Angeles. The lead singer of Seattle electronic R&B trio The Flavr Blue, she recently directed music videos for her singles “Let Me Not” and “Tripwires” for her debut solo LP, Subliminal, out this year.  Hollis has produced over a dozen music videos – including “Thrift Shop” by Macklemore and Ryan Lewis feat. Wanz – and also directs short form documentary profiles for the organization Take Creative Control, an advocacy hub for creators of color. She is a graduate of Seattle University. 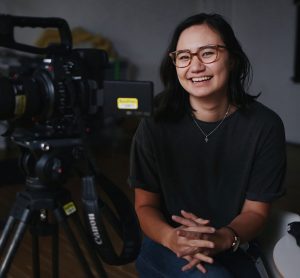 Niki Ang
NIKI ANG is a queer, Singaporean-Chinese American writer and director who was born and raised in Singapore before moving to the States at a young age. Her short film Were You Gay In High School? is a hybrid live-action/animation film that was awarded the Frameline Completion Grant and the Inside Out re:Focus Fund. The film is distributed by Frameline Voices and is being developed with MGM’s OrionTV. 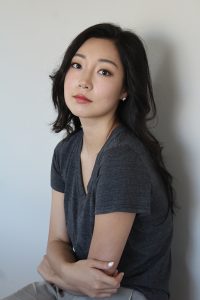 E.J. Koh
E.J. Koh is the author of the memoir The Magical Language of Others (Tin House Books, 2020), winner of the Washington State Book Award, winner of the Pacific Northwest Book Award, longlisted for the PEN Open Book Award, and author of the poetry collection A Lesser Love (Louisiana State University Press, 2017), winner of the Pleiades Editors Prize for Poetry. She is the co-translator of Yi Won’s poetry collection The World’s Lightest Motorcycle (Zephyr Press, 2021). Koh has received fellowships from the American Literary Translators Association, MacDowell, and Kundiman. Her poems, translations, and stories have appeared in AGNI, Boston Review, Los Angeles Review of Books, POETRY, Slate, and elsewhere. Koh earned her MFA at Columbia University in New York for Creative Writing and Literary Translation. Koh is a PhD candidate at the University of Washington in English Literature studying Korean American literature, history, and film. 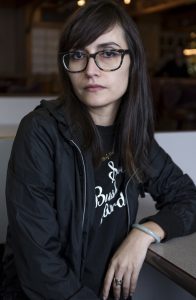 Cynthia Brothers
Cynthia Brothers is the founder of Vanishing Seattle, a project that documents the displaced and disappearing institutions, small businesses, and cultures of Seattle – and celebrates the spaces and communities that give this city its soul. She is co-executive producer of Vanishing Seattle Films, and a founding member of the anti-displacement organizing group, the Chinatown International District (CID) Coalition, aka #HumbowsNotHotels. For her day job she works for a national immigrant justice fund. Cynthia is a proud alumna of the high school where Bruce Lee first demonstrated his famous “one-inch punch.” 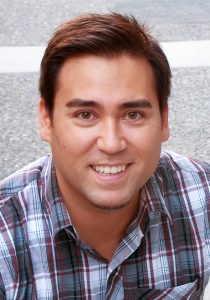 Jeff Chiba Stearns
Jeff Chiba Stearns is an Emmy-nominated and Webby award-winning animation and documentary filmmaker, as well as an acclaimed author and illustrator. After graduating from Emily Carr University with a degree in Film Animation, he founded Vancouver-based boutique animation studio and publishing company Meditating Bunny Studio Inc. in 2001. Jeff’s short and feature length films such as Yellow Sticky Notes (2007), One Big Hapa Family (2020) and Mixed Match(2016) have broadcast around the world, screened in hundreds of international film festivals and garnered dozens of awards. Jeff has also written and illustrated the children’s books Mixed Critters (2018) and Nori and His Delicious Dreams (2020) and has just released his first graphic novel, On Being Yukiko (2021). Jeff is also the host of the upcoming animation podcast, Animation Meditation. 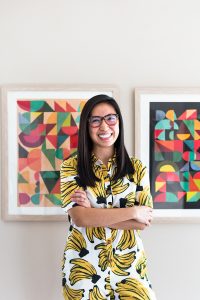 Lauren Ko
LAUREN KO is an artist, self-taught home baker, founder of the popular Instagram account @lokokitchen, and author of the New York Times best-selling cookbook, PIEOMETRY. Her colorful geometric style made all hell bake loose on the frontier of contemporary pie art, and her iconic signature spoke design has been dubbed the “modern lattice.” Her work has been widely featured in publications such as Vogue, O Magazine, Buzzfeed’s Tasty, and on-screen in Martha Bakes and CBS’ Sunday Morning. Lauren has roots in sunny San Diego, but is currently based in Seattle, WA with her partner, Ben, and their bear dog, Santi. 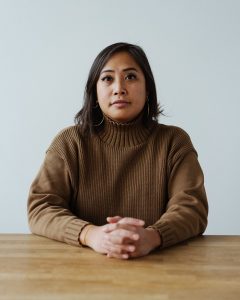 Melissa Miranda
Melissa Miranda is the chef/owner of Musang, a Filipinx restaurant that opened in Seattle’s Beacon Hill neighborhood in January 2020. She attended culinary school and worked in kitchens in Florence, Italy, before cooking for two years in New York City. After returning to Seattle, she worked as a sous chef at Bar Del Corso while developing Musang. At Musang, she works with her team to craft dishes inspired by childhood memories. Musang also runs a not for profit, no questions asked, free meal program through their Community Kitchen, as well as a children’s cooking program called Musang Little Wildcats. Melissa is committed to making Musang not just a traditional restaurant, but a community space that aims to educate the broader public about Filipino food and culture.