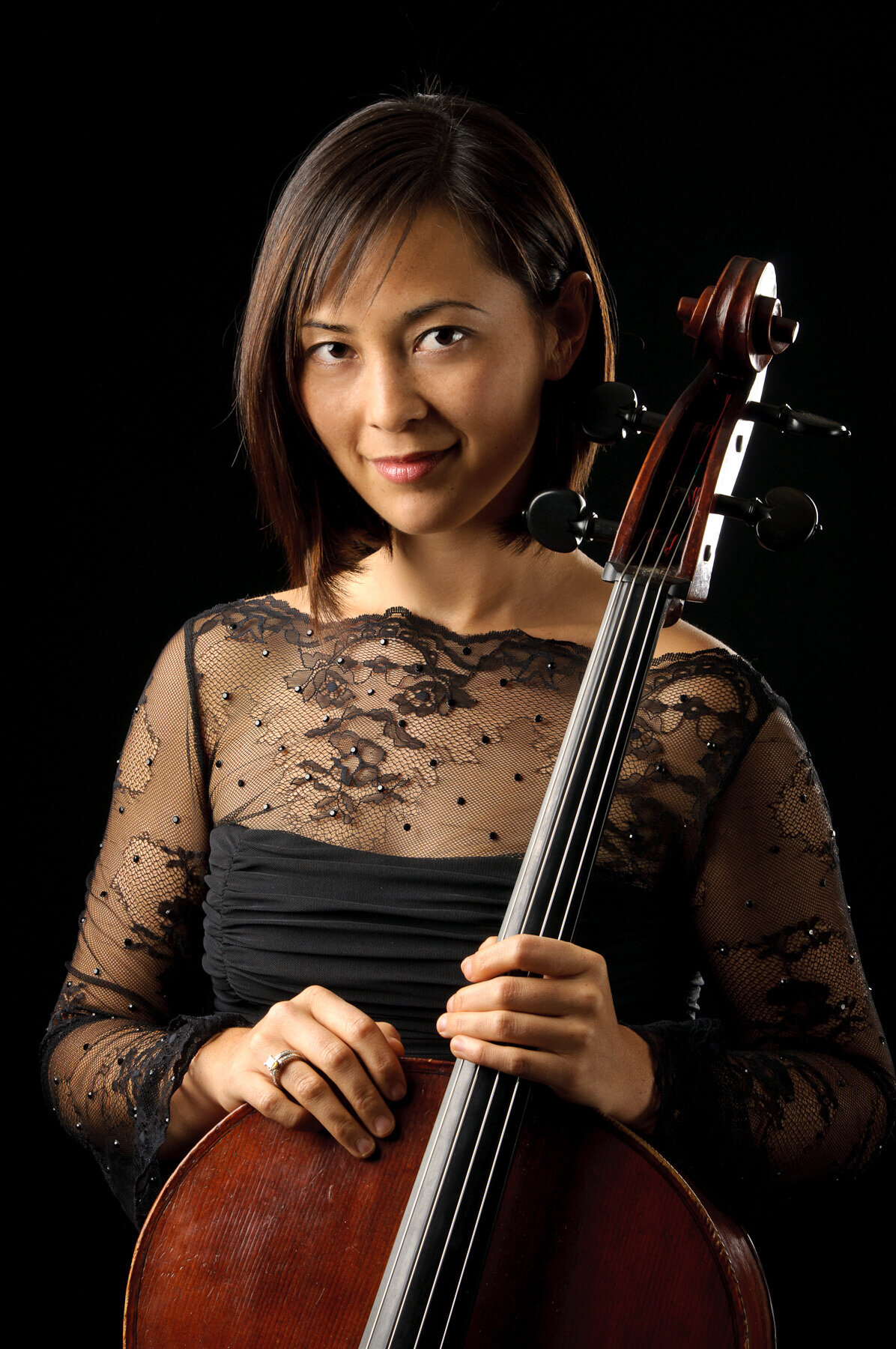 Cellist Meeka Quan DiLorenzo plays with the elite Seattle Symphony Orchestra, but her goal is to make classical music—and musicians—accessible to all.

As Assistant Principal Cello for the Symphony, DiLorenzo knows that many hold preconceived notions about musicians who play four-stringed instruments such as the cello. “If there was one myth about classical musicians I wish I could dispel, it’s the notion that we are bourgeois people participating in some dying art form,” she said. “Musicians and classical music are here on earth for everyone.”

Yet she recognizes that sometimes the outward trappings of classical musical pose a financial or psychological barrier for some members of the public. “Yes, we are onstage in fancy clothing several times a week, but we are also people who have spent their entire lives perfecting their craft so that an audience can come and enjoy what we have to offer,” DiLorenzo said.

She strives to create pathways for the public to enjoy classical music, by emphasizing the commonalities between musicians and others. “When we walk off stage, we become parents, teachers, advocates, spouses, and friends,” she said.  “Our lives are just like everyone else’s with the same joys and frustrations. We just also happen to be professional musicians.”

DiLorenzo began her training early.  “When I was six years old, I attended a small Montessori school in Berkeley, California,” she said. “Montessori schools often have music teachers come to their classroom to introduce young kids to different musical instruments and genres.”

The particular Berkeley instructor was key. “The music teacher they engaged was named Beth Goldstein and she played the cello,” DiLorenzo said. “She sang songs with us and brought boxes of small, hand-held instruments from which we could choose during every class.”

But Goldstein’s training as a cellist proved influential for DiLorenzo. “After a period of time, she offered group lessons on the cello after school,” DiLorenzo said, and there her future career was born.

Goldstein’s style of training also proved formative for DiLorenzo. “I didn’t realize until later that the songs she sang with us during her music class were actually melodies from Suzuki book 1 for cello,” she said. “It was a brilliant strategy to introduce 5- and 6-year-olds to cello, and I still remember her words to Suzuki book 1 to this day.”

Several years passed before DiLorenzo solidified her commitment to the cello. “I decided I wanted to become a professional cellist around the age of 13,” she said, “which meant I had to practice around three hours a day, minimum.”

The time required seemed infinte.  “There were competitions, endless amounts of repertoire to learn, lessons, studio classes, youth orchestra, chamber music, and theory,” she said. “I was already a relatively mediocre student and often skipped school to practice.”

DiLorenzo got away with doing as little schoolwork as she could.  “I just knew that being surrounded with music and around other talented young musicians made me happier than anything,” she said. “I can honestly say that I never once considered doing anything else professionally.”

While other teenagers might have faced consequences for school truancy, DiLorenzo has only positive memories of those years. “I did have supportive parents, but they were not ‘stage parents’ in any way, shape, or form. My father devotedly drove me to every lesson I ever had and then promptly fell asleep on the couch for an hour,” she said. “I think my obsessive practicing and motivation baffled them more than anything else.”

DiLorenzo remains motivated about her career, but her perspective has changed somewhat with age.  “Practicing as an adult professional is more challenging to me than it was as a bright-eyed developing cellist,” she said. “When you’re young, everything is new and exciting and wonderful! I often couldn’t wait to learn a new piece and would listen to something over and over until it drove everyone around me crazy. Now my goal as a professional orchestral musician is centered around efficiency.”

She also likes to take breaks from classical music to enjoy other popular forms. “Since so much of my time is spent listening to classical music during rehearsals, concerts, and studying, I tend to listen to anything BUT classical music for fun,” she said. “If I am at home or in the car, I like to put on Al Green, Etta James, Stevie Wonder, Marvin Gaye, Frank Sinatra, Ella Fitzgerald, or the Beatles.  I guess there are some really great cello lines in Beatles songs!”

Other favorite moments include Seattle Symphony experiences that resonate strongly with a broad audience. These include Yo-Yo Ma’s performance of the Schumann cello concerto and Marvin Hamlisch’s visits to conduct the Symphony’s POPS series.

They also include a performance that will ring bells with followers of the cartoon sit-com Family Guy. “When Seth MacFarlane did a show with us,” DiLorenzo said, “his last encore was a song called One For My Baby. He started the song singing in his own voice, switched to the voice of Stewie, then Quagmire, then Peter Griffin, and finally Brian.”

These examples of connecting with audiences and other cultural trends are what encourage DiLorenzo to continue the hard work of practicing and performing on the cello.

“I like to think of musicians as ambassadors of ideas and emotions,” DiLorenzo said. “At the very least, we are here to communicate and serve our community. At the very most, we are able to universally inspire.”