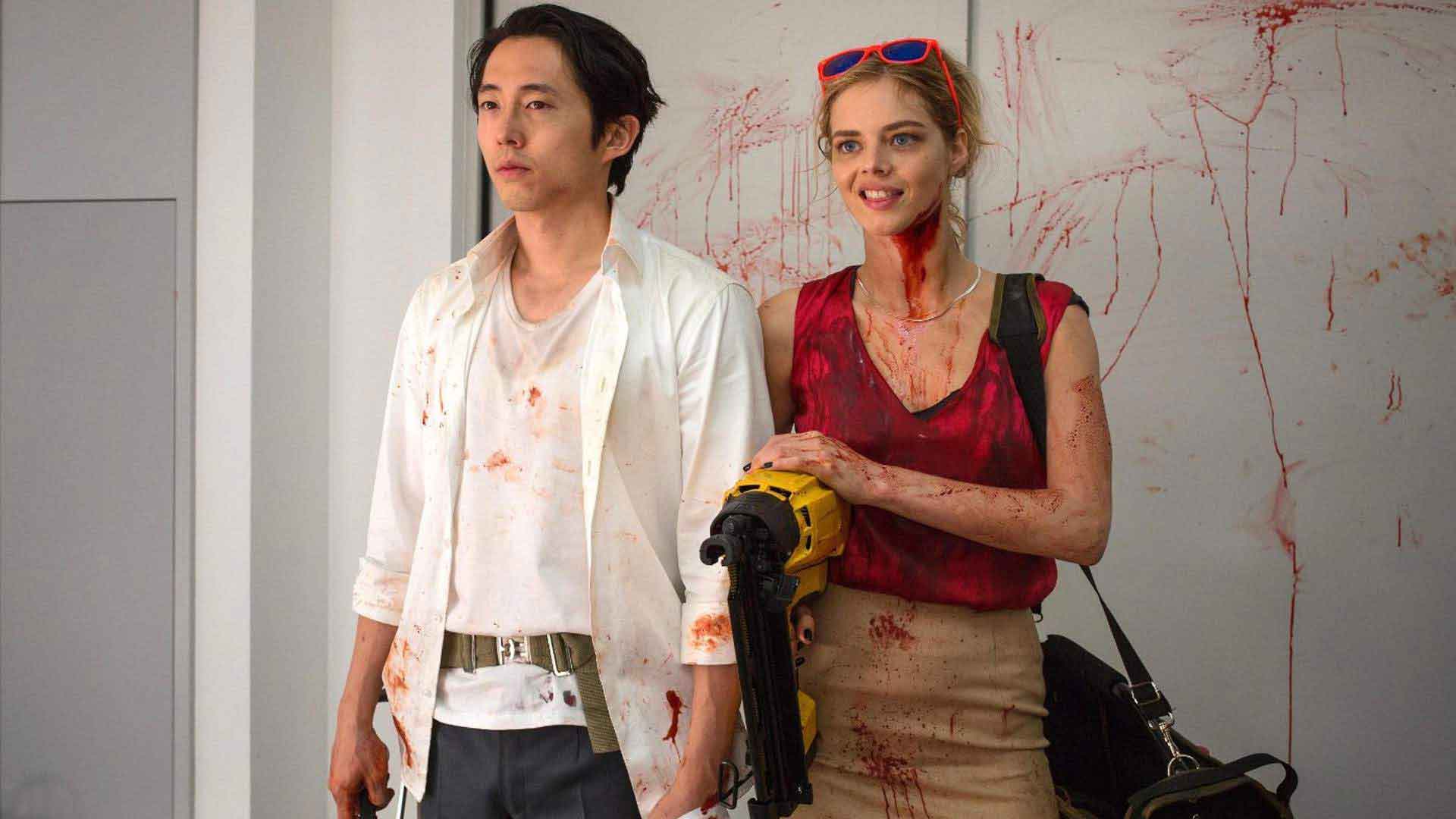 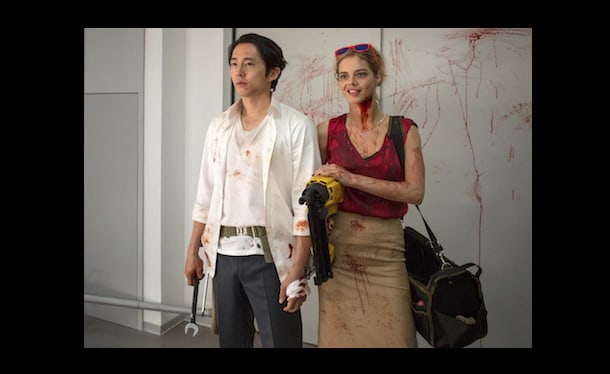 In Mayhem, directed by Joe Lynch, Steven Yeun portrays Derek Cho, a disgruntled mid-level associate at a top consulting firm with a bone to pick with the company’s partners. But on the day he gets fired, thanks to some corporate back-stabbing, the entire office is placed under quarantine for eight hours on account of a virus that eliminates normal inhibitions and reduces the infected to impulsive, aggressive, violent animals.

Trying to work the situation to his advantage and plead his case to the big bosses seeing as no one can leave the building, Cho gets booted by security to the basement, where rival lawyer Melanie Cross (Samara Weaving) is also being held. Setting aside their differences, Cho and Cross team up to help each other battle their way to the top-floor boardroom, where each can exact revenge on the C-level suits of their choice. The challenge? Getting there before the quarantine ends and their targets cease to be sitting ducks.

The first feature-length script from writer Matias Caruso, Mayhem strikes a similar tone to Zombieland what with its winning combination of action, humor and satire. Having spent his career climbing his way to the top like a mindless drone, the outbreak serves as a wakeup call to Cho, reminding him that there’s more to life than having a corner office and an expense account; no doubt, it’s something we could all keep in mind.

It’s refreshing to see an Asian male in the lead, particularly when he’s not a meek, bespectacled nerd with an accent, and when his love interest is a Margot Robbie lookalike who is equally badass – not at all a damsel in distress. Fans of AMC’s The Walking Dead will rejoice seeing Yeun back in fighting form, proving that he has the intensity and charisma to carry a film.

The only thing standing in Mayhem’s way of becoming a cult classic is the unfortunate timing of its debut at SXSW so close to that of the similarly themed, yet critically panned, The Belko Experiment. Regardless, Joe Lynch’s film, bolstered by its talent and writing, is poised to stand up to the test of time.