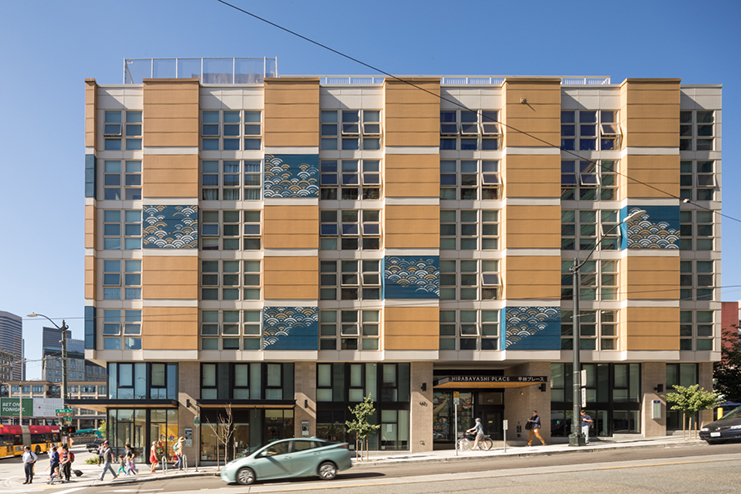 Located near the heart of the International District, Marpac has very strong, historical ties to the area. Marpac is a construction company that has deep family roots. It was founded by brothers Donald and Douglas Mar back in 1995. The two had already cultivated 15 years of experience by working with their father at Pacific Components, Inc. before starting Marpac.

“We like to stay in the ID. We like to see this neighborhood get developed and built so it’s welcoming for everyone,” said Sai Chaleunphonh, who is part owner of the company.

Although Marpac is well-known for doing multiple projects in the International District, the company works throughout the Seattle area as well. Will Ng is a project manager and one of the partners at Marpac. “We worked a lot in the ID but we also have projects that are on the outer skirts of Seattle,” he said. “A lot of our projects are in Seattle but may not necessarily be in the ID because our customer base is very similar to a lot of affordable housing,” he said. “Our customers I would say are pretty diverse.”

The organization helps provide affordable housing, community buildings, financial education, health programs, youth development and elderly support among other things. “Housing is just one factor of what they provide for the neighborhood to thrive,” said Chaleunphonh.

Marpac has worked with InterIm for over 15 years to help improve the community in the International District because both of their goals align well and their history together creates a dynamic partnership. Chaleunphonh said of InterIm CDA, “They do good work and we’re very proud of the work that they do and it’s an honor for us to team up with them, to make their vision and mission come to life.”

InterIm has high praises for Marpac as well, especially when it comes to community involvement. “MARPAC has always been a very community driven organization, the family and staff have had long history with the CID and are committed to support and enhance the work of InterIm and other nonprofits in the neighborhood,” said Upadhyay. “Their deep connections, understanding and strong roots in the neighborhood and to the community brings a different approach to their work.”

Most recently, InterIm CDA developed Hirabayashi Place, on the corner of 4th Ave. S. and Main St. S. with Marpac executing the construction services. Collaborative work between the two companies resulted in a standing structure that was intricately built and carefully developed to cater to every need of the community. Completed in 2016, Hirabayashi Place is a housing development that consists of 96 apartments. The complex has a variety of options to support people with different needs. This includes studio, 1-bedroom and 2- bedroom apartments as well as a childcare center.

“It’s a great project. It houses a lot of families. InterIm’s projects are usually family and community oriented,” said Ng.

“A building now stands that honors Gordon Hirabayashi and keeps his inspiring story and legacy alive, more relevant than ever, in today’s political climate of xenophobia,” said Upadhyay.

Hirabayashi Place encompasses the same ideals that Hirabayashi fought tirelessly for. “What he did helped those that came after, he paved the way for them,” said Chaleunphonh. “That has a lot to do with why InterIm named the building after Gordon… because that’s kind of what they’re doing in a sense,” he explained. “They’re creating these buildings that will be here… for the next generation of families to be able to improve themselves.”

Marpac and InterIm CDA have worked well together because both companies have strong connections with the community. “Because we’re familiar with their clientele, I think that gives us that comfort level working with InterIm,” Chaleunphonh said.

“Our commitment to the neighborhood to preserve and strengthen access to affordable housing aligns with the commitment that has been demonstrated by MARPAC,” said Upadhyay.

Ng said that those at Marpac are personally driven to help improve the region that they are a part of. “It’s really great to see when we finish a building and people are moving,” he said. “Sometimes you see an elder that moves into an apartment and you think, ‘this reminds me of my grandma,’ and that’s definitely rewarding.”

“The response from clients and the general community we serve has shown us that our work and service has touched their lives and transformed their capacity to be strong advocates for the community, and the neighborhood,” said Upadhyay.

Both companies have complimentary visions of a strong future for Chinatown, and they work together to make that vision come to life. “It all starts on paper and then we put the wood together, the nail, one at a time and then at the end of the project, there’ a hundred units for them to continue their mission,” said Chaleunphonh.