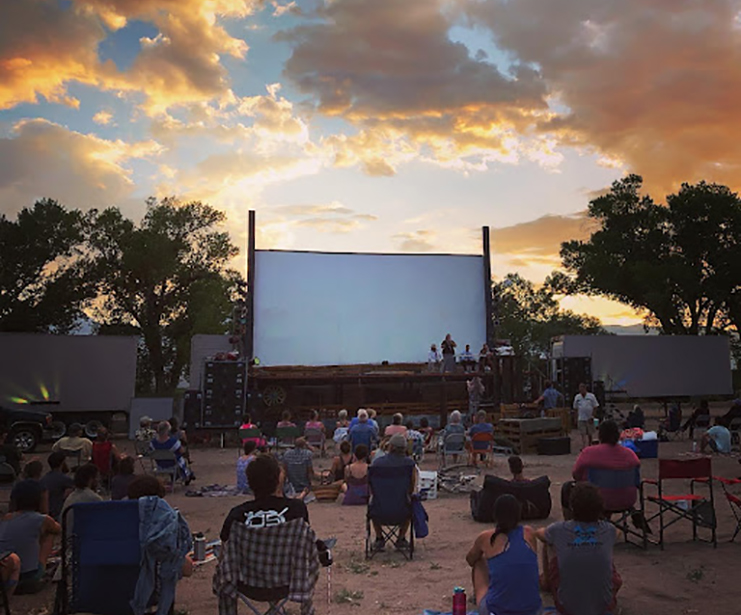 From Director Ann Kaneko, Manzanar, Diverted: When Water Becomes Dust, is a documentary film that tells intertwined stories of the Japanese Americans who were unjustly incarcerated at the Manzanar War Relocation Center during World War II as well as the local indigenous Paiutes (Nuumü) who fought against the white settlement of their lands, endured forced relocation and genocide, and eventually lost their land and water rights to the City of Los Angeles – which they continue to wage a legal battle against.

This documentary felt timely when it premiered in 2021, but its inclusion in the Seattle Asian American Film Festival (March 3 – 13) just after the 80th anniversary of EO 9066 which was on Saturday, February 20, 2022 makes it a must-see. It also feels especially relevant to watch as we watch the unfolding events of the Russian attack on Ukraine, which could spark another world war. When we speak of the sentiment of “Never Again”, it reminds us of the importance of solidarity across people and nations so that we might never allow our governments to commit these types of crimes against humanity using the justification of war.

I also want to share my personal connection to this documentary. While I’ve called Seattle home for the past 16 years, I grew up in Payahuunadü, or the Land of Flowing Water as it’s known to Nüümü, or Owens Valley Paiute people. I’m Diné (Navajo) but grew up a part of a large and extended family who are Paiute.

I originally saw this film on the film festival circuit last winter when it premiered as part of the Big Sky Documentary Film Festival in February 2021. My friend and one of the producers, Tracy Rector, recommended the film to me because she knew of my deep connections to the land and community. Once I saw the film, I immediately knew I wanted everyone I knew to see it – especially my family and all of the people I grew up with. Seeing the beauty of Payahuunadü on screen and seeing relatives and community members talk about our struggle for water was powerful. I immediately reached out to Tracy to ask how I could support their efforts who put me into contact with director Ann Kaneko and producer Jin Yoo-Kim.

In summer 2021, we held a series of free community screenings across rural Payahuunadü in Eastern California to ensure that the local community could have the opportunity to see the film, provide a space for community conversations, and help develop a collective voice for advocacy. In the weeks leading up to the screenings, I drove over 100 miles, traveling as far north as Lee Vining and as far south as Lone Pine, California to post flyers, talk to local library and museum staff, and drop off posters to community partners like the Mono Lake Committee to help get the word out.

When the screenings took place between July 7-10, 2021, it was thrilling not just to see the number of people who came to each screening but to see how engaged our local community was on this issue. In the first in-person screening of the film in Lee Vining on the banks of endangered Mono Lake, nearly 50 people attended out of a population of 222. Screenings followed in Bishop, Big Pine and Lone Pine and featured some of the local Native and non-Native allies who had been interviewed throughout the film. 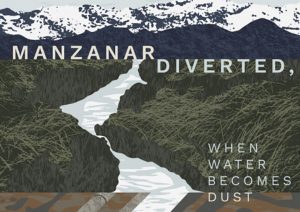 I want to share some of the things that stood out to me as I watched the documentary and observed multiple audiences take in the film. The first is that within California, there is a still a mega drought unfolding that is the worst in 1,200 years. Within this frightening context, there are still millions of people across the Wes,t but especially those who live in Los Angeles, who are largely unaware of where their water comes from.

The second observation is that the fight for water in the Owens Valley is a part of a larger history of “Water Wars” or struggles for critical resources like access to fresh water that will become even more dire with climate change. The documentary helps viewers to better understand Tribes’ claims to their land and water rights.

Lastly, documentaries like “Manzanar, Diverted” reveal the critical importance of understanding how the United States has leveraged policies of oppression at multiple BIPOC communities across time and shows how our histories are intertwined. One of the activists and ranching family descendants interviewed in the film shares her concern that if she doesn’t share her testimony and memories of the history of the Owens Valley, who will? This is exactly why it’s so crucial that we continue to teach United States history – even the parts that make us feel uncomfortable and are difficult to reconcile with.

Finally, my dissertation research examines how philanthropy could be used as a means for reparations for descendants of African Americans who were formerly enslaved and support land reclamation and water rights by supporting the Land Back movement for Native Americans.

Within my research, I’ve looked at examples of reparations, and the example of the Civil Liberties Act in 1988 is a powerful one. Along with a formal apology from the United States, the terms of the Act aimed to compensate more than 100,000 people of Japanese descent who were incarcerated in incarceration camps during World War II. If the United States has made formal apologies and taken steps towards reparations for communities it has harmed in the past, why can’t it continue to make reconciliations including giving land back to Native Americans?

“Manzanar Diverted” is a part of the Seattle Asian American Film Festival and available online March 3 – 13, 2022 at: https://saaff2022.eventive.org/films/manzanar-diverted-when-water-becomes-dust-61e07a2be73a9b005c031d7e