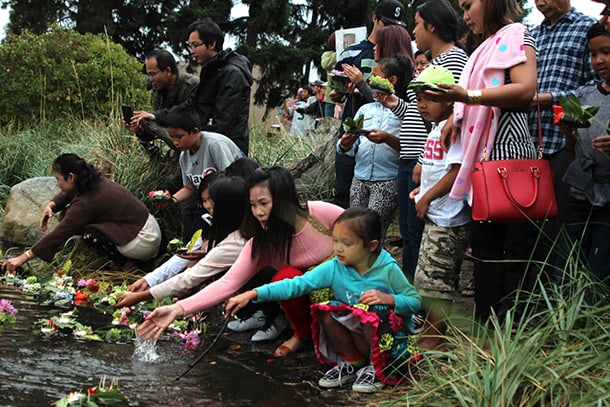 On July 28 2018, ECOSS will host a follow up to their 2015 Water Festival at the Duwamish Waterway Park in the South Park neighborhood of Seattle.

ECOSS, formerly known as the Environmental Coalition of South Seattle, is an environmental non profit that works on “environmental education, resources and technical assistance in the areas of stormwater permit compliance, recycling and food waste, energy efficiency, Brownfields, Green Stormwater Infrastructure, and outreach to multicultural communities and businesses.”

This event, held on the shores of Seattle’s only river, celebrates the significance of water to the many communities that inhabit around and rely on it for their livelihood.

Historically, the Duwamish Valley was home to the Duwamish Tribe, with one of it’s most famous descendents the namesake of the city, Chief Sealth.

In lock step with this social upheaval began the cosmetic reconfiguration of the Duwamish valley to suit the needs of industrial growth of the city.

The Ballard Locks and the Montlake cut were two huge engineering feats designed to give access to Lake Washington from the Puget Sound. The ship canal’s creation dropped the volume of Lake Washington. To the detriment of Native Americans, the Black River, where Natives harvested traditional game and which connected Lake Washington to to the Duwamish River, dried up and disappeared.

In addition, what was once a stratified Duwamish River delta became stuffed with landfill and dredged to make the river straight and deeper for ships to sail.

Industrial development made a once vibrant place for fishing and harvesting of shellfish uninhabitable to them and therefore the indigenous people who depended on them.

These changes in the natural landscape of the waterways exemplified one of the first real examples of how environmental changes negatively impact marginalized communities the most.

Over a century or so later, this cycle is playing out again for the marginalized communities that live in and around the waterways and rely on it for food and recreation.

In 2001, the EPA declared the Lower Duwamish Waterway, a five-mile segment of the Duwamish between South Park, Georgetown, out to Elliott Bay, a Superfund site. This federal designation is activated when a geographical space is deemed to pose a significant risk to human health and the environment. This price tag of this particular cleanup site is over $300 million.

The pollution in the Duwamish River owes itself to over a century of industrial growth and its main polluters are the Boeing Company, the Port of Seattle, King County, and the City of Seattle. These entities make up the list of “Potential Responsible Parties” or PRPs.

One of the most common pollutants found in the river are polychlorinated biphenyls (PCBs), one of 40 hazardous substances found in river sediment at unsafe concentrations for human health. PCBs are known to cause cancer and a federal ban on manufacturing them was put into place in 1979.

Its consistency varies ranging from an oil to waxy solid. Industry along the Duwamish shoreline dumps runoff into the river exposing this toxin to the fish and wildlife that inhabit the river. They are then absorbed by small organisms and fish in the waterways.

In a May 2018 article, the Seattle Times reported that there are plans to sue the Boeing Company by environmental groups for “failing stop discharging toxic PCBs into the Duwamish River.” This report highlights the complex ongoing relationships between the many coalitions, companies, and government agencies that make up the clean up process that will continue for the next several decades.

Part of the cleanup process includes educating the residents that live, work, and pass through the Duwamish River on reducing their environmental imprint via what to flush down toilets, controlling stormwater runoff, and driving habits.

While some community groups acknowledge this importance, they also want to maintain focus on source control as an important part of the cleanup, “We have mixed feelings about things like this because it’s putting the blame on poor people who didn’t create this issue,” said Rosario-Maria Medina.

Medina is a community engagement coordinator for The Duwamish River Cleanup Coalition Technical Advisory Group (DRCC/TAG). This coalition includes a number of community groups including the Duwamish Tribe, advocating on behalf of the community to “ensure a thorough cleanup that reflects the priorities, values , and will of the people who live in the region.” Its history predates the Duwamish River federal designation as a Superfund Site and has been working on the cleanup process since its inception.

“We want them [residents] to have all the knowledge as possible and we want responsible parties and those with information to be honest.” she added. The DRCC/TAG partners with the PRPs on the cleanup process.

Some 100+ years later, some of the hallmarks of displacement felt by the indigenous communities of the Duwamish valley have begun to reappear. “As cost of living increases, it’s really pushing the communities that we’re serving… further south. And I think it’s really impacting the way that we’re thinking about how do we do our work. As we build relationships with government, talking to them about who the residents are, what are the concerns of the residents… and one of them is housing. One of them is displacement, along with health impacts because of the river, because of water pollution…” said Judith Panlasigui a member of ECOSS.

Because of these intersecting issues that marginalized communities face, especially with the current growth in Seattle, environmental organizations that work on behalf of them are being forced to rethink the boundaries of environmental justice.

A June 2018 KUOW report cites the life expectancy of a South Park resident at 74 compared with 87 in Magnolia, a wealthy mostly white neighborhood.

“South Park and Georgetown, the Duwamish valley, have really shouldered the burden of environmental injustice for decades,” said Seattle Mayor Jenny Durkan in an interview with KUOW.

A 2017 EPA report cites, “Many fishers [of the Duwamish] continue to catch and eat resident fish. Over 20 ethnic groups fish in the Duwamish River. The pollution in the river likely has more impacts on communities of color and low-income people.”

This same report also points out that people who eat the fish are, “Asian, Pacific Islanders, multiracial…non-English speaking including Vietnamese, Spanish, and Khmer…”

Some of the main reasons these communities continue to fish in the Duwamish are that, “signs [at waterways] are not effective in reaching fishers… hard to connect health risks with chemicals you cannot see.” This highlights the stronger need for cultural and language-competent outreach to these communities and points to some reasons why these communities are hardest hit by the pollution.

“If you don’t consume too much, I don’t think it will affect you.” said Sam Mak, a resident of White Center who has been fishing in the waters in and around the Duwamish River for the last 15 years when asked about harvesting crab there.

“Sometimes the signs don’t make sense… too small.” he added about signage at fishing sites.
“We want to tell the story that water is not only important for us here in the States… it goes around the

The Water Festival, emceed by Aleksa Manila, will include workshops and presentations on healthy and effective ways to cook seafood fished from the Duwamish, a Lucha Libre exhibition, cultural performances by the Khmer Student Association, Taiko Kai, Hmong Association of Washington and Anuhea Coubertier, and will close with a traditional Cambodian lantern launch.

“We want to use the Cambodian lantern launch as a mirror… it’s a symbolic meaning to… launch your blessings out.” adds Chui

“Water is connected to our daily life in all aspects. We can’t live without water and because water is so important to us, what can we do to preserve it?”