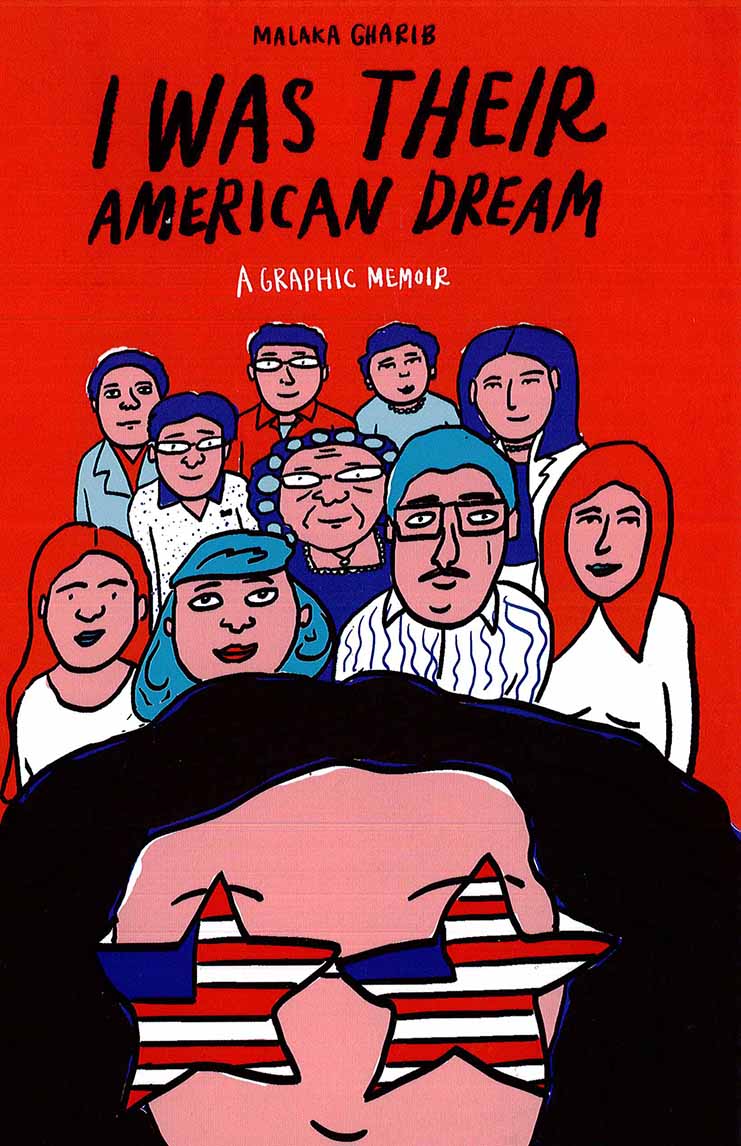 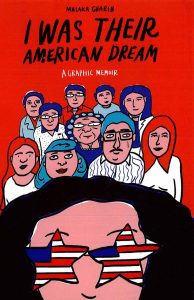 To be a young first-generation American typically means you’re going to have a hard time finding the right seat in your high school cafeteria. Simply wearing the cool clothes, eating the right foods, chatting in the current slang, and knowing all the newest pop culture references will dictate just how easily you’ll find a table and fit in. In her graphic memoir, I Was Their American Dream, author and illustrator Malaka Gharib, shares her story of growing up as a Filipino-Egyptian-American trying to find her place, looking for answers to the question “what are you?”

Malaka, who currently works as a journalist at National Public Radio, is the American-born daughter of an immigrant mother from the Philippines and an immigrant father from Egypt. In playful illustrations, Malaka tells of her experiences navigating her youth in the late-1990s- early-2000s era of burned mix CDs, punk rock zines, and TV shows on the WB, a time before bingewatching and ‘spoiler alert’ were part of the zeitgeist. The book is Malaka’s coming-of-age story, however, as with any immigrant tale, the narrative largely revolves around her relationship with her parents. The story begins with her Filipino mother and Egyptian father meeting and finding common ground as newly assimilated immigrants in the United States. They get married and Malaka is born, but years later they separate and admit to Malaka that this early period of time was “the closest they ever got to the American dream.”

After her parent’s divorce, her childhood is split with her mother’s family in California and summers with her father in Egypt. Malaka writes, “as I grew older, I realized that my mom’s side of my family was different from my dad’s — in almost every way.” Naturally, her mixed background was the source of internal and external conflict, but she says that spending so much time in a diverse neighborhood in southern California made it easier to fit in. It isn’t until college where she finds herself truly standing out in the large crowds of white students next to her. She writes, “I always felt like an outsider, a misfit, a weirdo. But maybe that was totally okay. Maybe that’s what made me cool.”

As someone with a mixed multicultural background, Malaka’s journey was very recognizable to me and reading her story was a positive reminder of this period of time before Facebook Groups or Instagram memes connected people of similar cultural backgrounds together. Written in a very casual, conversational tone that doesn’t take itself too seriously, the book can easily be enjoyed by any reader but it is primarily geared towards a YA audience. The cheery illustrations, printed in red, white, and blue colors, are simple and cute, like viewing an art student’s sketchbook. Malaka clearly has fun telling her story and effectively uses playful breaks in the narrative including a minizine, a paper doll mix-and-match sheet, and (my personal favorite) a microaggressions bingo board.

In  I Was Their American Dream, Malaka often glosses over many conflicts in her life that could have been more insightful, like her parent’s divorce or getting teased about being “whitewashed,” but the book is effective because it is so upbeat throughout. There is certainly room for more emotional depth but the book is strong in that it is so widely accessible to any reader. In an interview, Malaka said that “this is a book I wish I had growing up,” and I share this sentiment wholeheartedly.