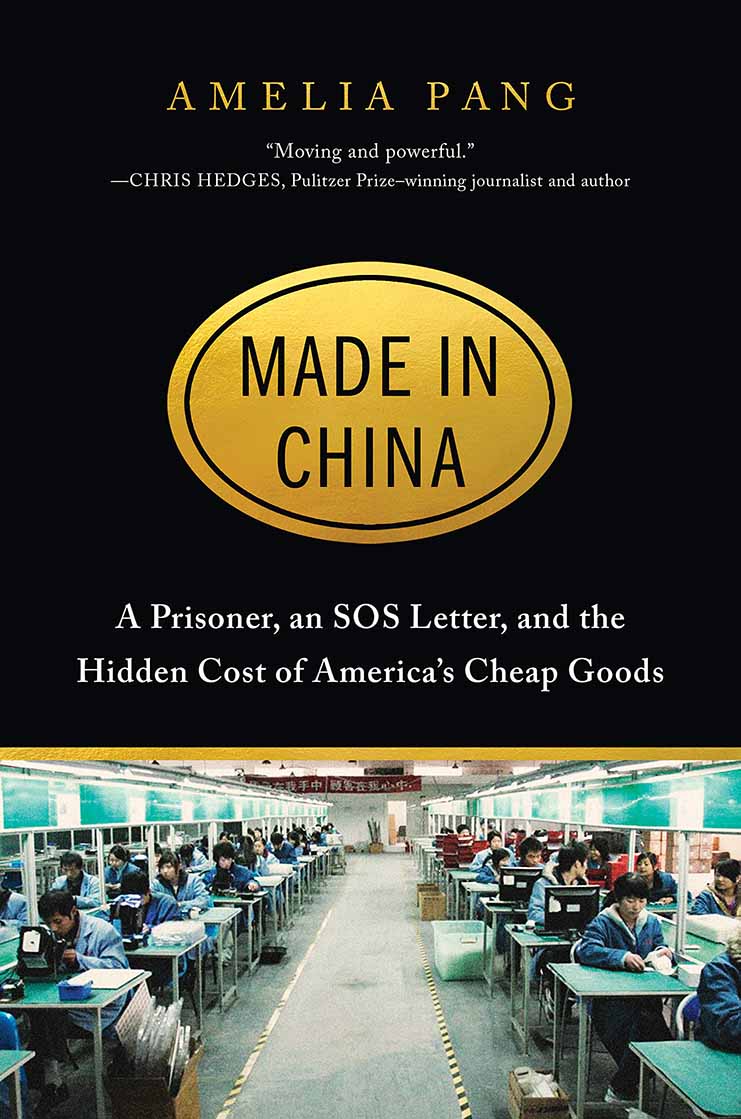 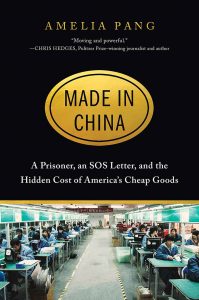 In Made in China, journalist Amelia Pang captures a three-dimensional view of how people live and work. She weaves a gripping story, well-researched with many moments of drama. At a macro-level, Pang provides a 21st century interpretation of an ancient phenomenon of the human condition—the systematic exploitation of workers by the owners of the means of production. This exploitation is transnational and occurs because of the implicit and explicit consensus of governments and multinational corporations.

At a country-level, she confirms that this is also a specific American story of the real but often repressed costs of Americans’ ability to consume products and services cheaply. On a personal level, she juxtaposes the experience of the Chinese worker/producer Sun Yi in the Chinese labor camp called the Masanjia RTL (reeducation through labor) Camp with the American consumer Julie Keith, who purchases Halloween decorations made by Sun and his fellow prisoners.

Additionally, Pang’s interest in this labor exploitation phenomenon was motivated in part by her Uighur roots. The Uighurs are a discriminated minority group in China, mainly Muslim, interned in labor internment camps in Xinjiang, an autonomous region in northwest China. In a January 10, 2021 New York Times opinion piece, Pang notes that it took a genocide for her to remember her Uighur roots.

In my view, this book is the 21st century counterpart to Upton Sinclair’s 1906 novel, The Jungle, which portrayed the harsh conditions and exploited lives of immigrants in the United States in Chicago and similar industrialized cities and the 1960 documentary, Harvest of Shame, narrated by broadcast journalist Edward Murrow, which depicted the plight of American migrant agricultural workers.

Made in China appears today when there is a trend, indeed an overload, of narratives locally, nationally and internationally about many diverse voices speaking out against personal and collective violence to various marginalized and minority groups. This violence is executed by random and not-so-random perpetrators and condoned by legitimating institutions of power.

Moreover, today there is intense scrutiny given to the relations between the United States and China as each vies to be the number one economic and political world power. At the same time, with the COVID 19 virus affecting the health and economies of all nations, Asian Americans/Asians, including Chinese Americans/Chinese, are experiencing an escalation in physical and mental attacks, even resulting in death, across the United States.

Pang delineates well-known but often ignored characteristics of a consumer society that wants products and services that are trendier and instantaneously available at the lowest price. The result is a 24/7 economy and 24/7 oftentimes brutal worker shifts, with unrealistic production deadlines and questionable product quality. Products are made but discarded with the next new thing or they are products no consumer wants or needs—planned obsolescence.

Pang provides a novel approach to storytelling. She gives voice to the experience of workers, especially unpaid/slave laborers, within the context of how governments and transnational corporations place profits above the dignity and value of workers. At the same time, as an investigative journalist, she humanizes the issues of worker exploitation which is buttressed by substantive primary and secondary research.

Finally, she switches gears at the end of her epiphany from storytelling to a call to action to the reader. She states, “As conscientious consumers, we can take things into our own hands. After all we are foreign trade: our purchasing choices are the source of demand, and our boycotts serve as accountability…Even if we cannot achieve the complete abolition of forced labor in China with our phones, tweets, and wallets, our actions can make a difference. If labor camps start losing international contracts, perhaps detainees will never have to work anymore twenty-hour days to meet production deadlines. Without high-volume orders from foreign companies, perhaps there will be fewer arbitrary arrests to help prison factories meet production quotas. It all starts with small changes from us.”

I wonder what the 22nd century version of Made in China will portend.