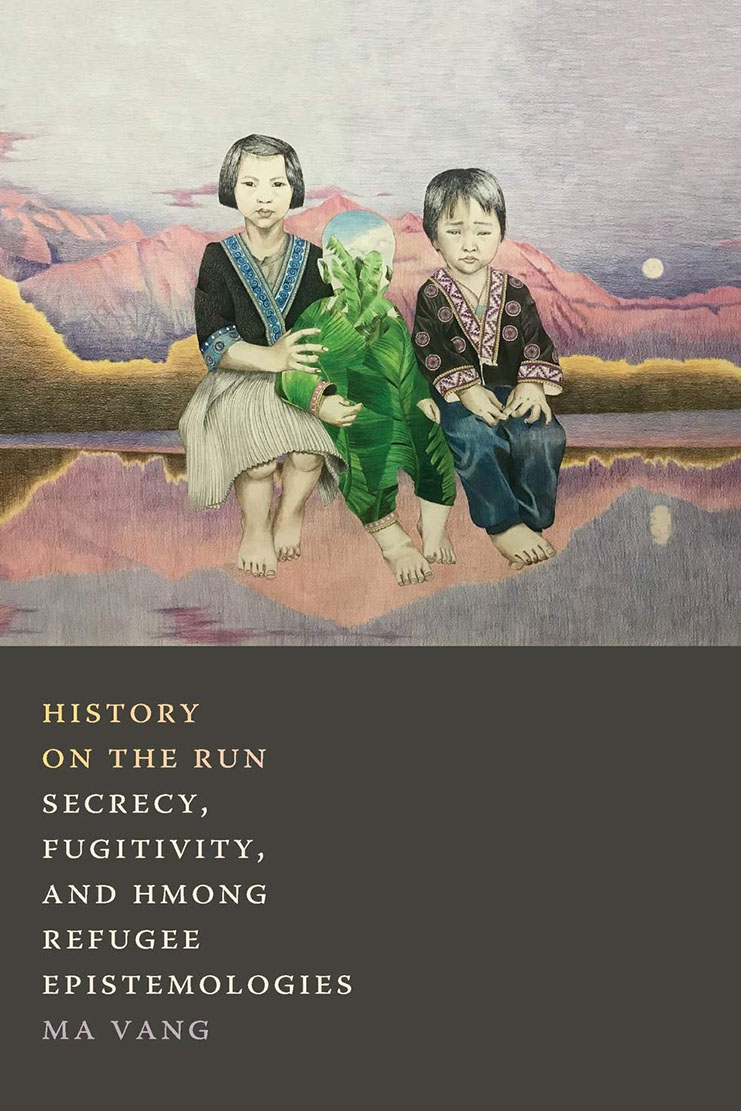 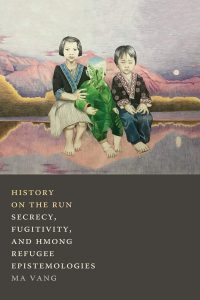 Ma Vang’s History on the Run: Secrecy, Fugitivity, and Hmong Refugee Epistemologies takes us on a journey to look at how history is constantly being re-told and re-shaped by those in power. Vang problematizes state secrecy by exploring the role of the Hmong people, ex-allies to the United States, and the consequences they face politically and socially after the Vietnam War ended. In uncovering the impact of neo-colonialism for the Hmong refugees, Vang maps out and charts a new path for how to center refugee stories as the site of knowledge and resist harmful dominant structures and practices.

Vang is unflinching in her critique of U.S. imperialism and neo-colonialism. She covers enormous grounds: from Cold War policies to state secrecy and erasure and to present-day tensions for the Hmong people. The evidence for her case is pulled from various locations: official government documents, personal narratives, archives from museums and other art media forms. Some of these are included as photos, making her case all the more compelling. She did a fantastic job balancing between narrative and descriptive writing to move the book forward: by attaching descriptions of the war and state secrecy with anecdotes of stories and quotes, Vang humanizes the refugee and their experiences.

Vang’s inclusion of Hmong women in her book is a departure from past recollections of the war and the Hmong people, which more often than not disproportionately concentrate on Hmong men. Where men are usually revered as the heroes of the stories and their names etched in memorial tombs (which the Hmong had to fight for), Hmong women were and are often relegated as ‘collateral damage’ in the war. While Vang does discuss Hmong men and name those in leadership positions, she also devotes an entire chapter to analyzing the way Hmong women are conceptualized in the United States and how they resist and disrupt masculinity. In doing so, Vang reclaims agency for Hmong women, who have been inaccurately viewed as passive refugees by historians.

While History on the Run is a must read for those who are looking to expand their knowledge in this field and/or wanting to learn more about Hmong refugees, its academic language and style can make it difficult for public access. Though she describes concepts and offers definitions to the variety of vocabularies included in the book, a lot of the jargons are predominantly used in academia circles and may require prior knowledge or further research to fully grasp onto her argument. Additionally, depending on your positionality, reading the book can be an emotional journey. As a Hmong refugee myself, the stories she shared and the descriptions of the war were deeply personal and moving. I had to stop several times to compose myself. This does not mean one should not pick up the book. If anything, it demonstrates that Vang is uncovering more than just state secrets and exposing neo-colonial violence: She is uncovering the story of a people that was never meant to be told, one that is powerful and substantial, and telling it the way it should have been told from the beginning.